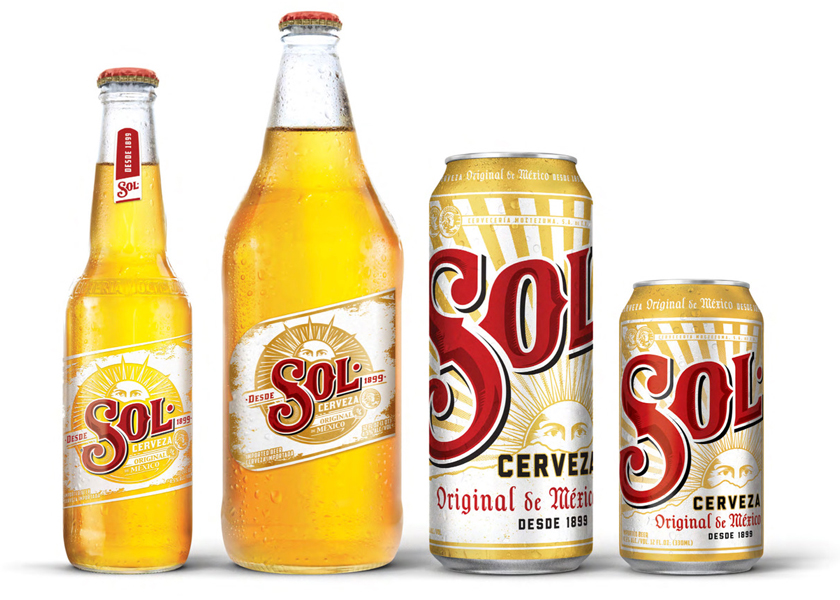 When MillerCoors relaunched the Mexican import brand Sol, they partnered with Chicago-based agency Soulsight for a more vibrant look and feel. Steeped in 119 years of history, Sol is said to have been inspired by a ray of sunlight streaming through a hole in the brewery’s roof. Thus, the design challenge: master the fine balance of repositioning and modernizing while retaining the heritage. Soulsight identified two prominent and recognizable design elements — the bold, red script and sun graphic. The Soulsight team worked to clean-up the on-pack communication and make the brandmark more approachable by shifting the sun lower and have the rays radiate across the pack to illuminate the script. A brighter color palette replaces the previous black and white dominated background. 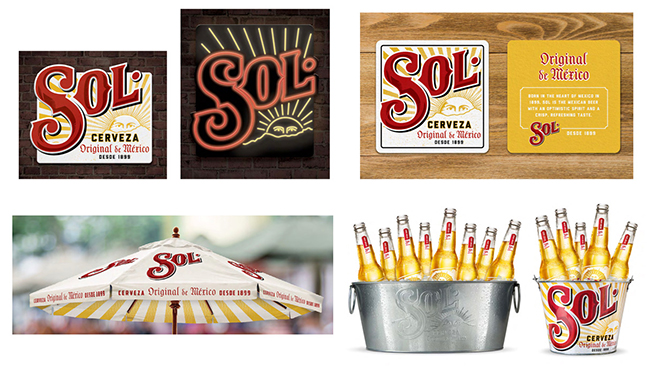 We’re bringing back the sun to Sol,” said Elizabeth Hitch, marketing manager for Sol. “With the brand having such a rich, consistent design history, it would be a total miss if we did not restore its heritage-inspired iconography… The idea was to connect with consumers with a message rooted in authenticity and optimism. The new packaging is the first step in making that connection.” The sun is not the only nod to the authenticity of Sol’s Mexican heritage. Medallions placed at the bottom of pack and the top of the cans serve as credibility cues through a stylized interpretation of the gold medals awarded to the beer around the turn of the century. New on-pack messaging adds clarity in communicating that this is an authentic Mexican lager or Cerveza, Original de Mexico. Additional applications of the rebrand include on-and-off premise look and feel, instore POS, interactive consumer experiences at festivals and events, as well as holiday rollouts slated for 2019. 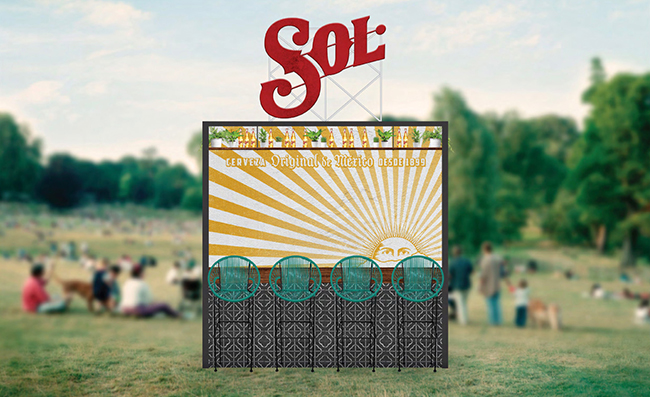 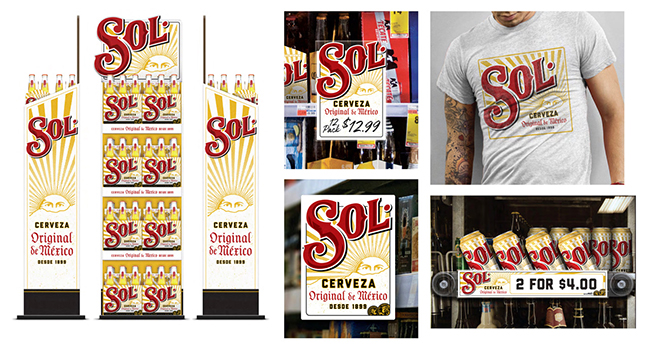