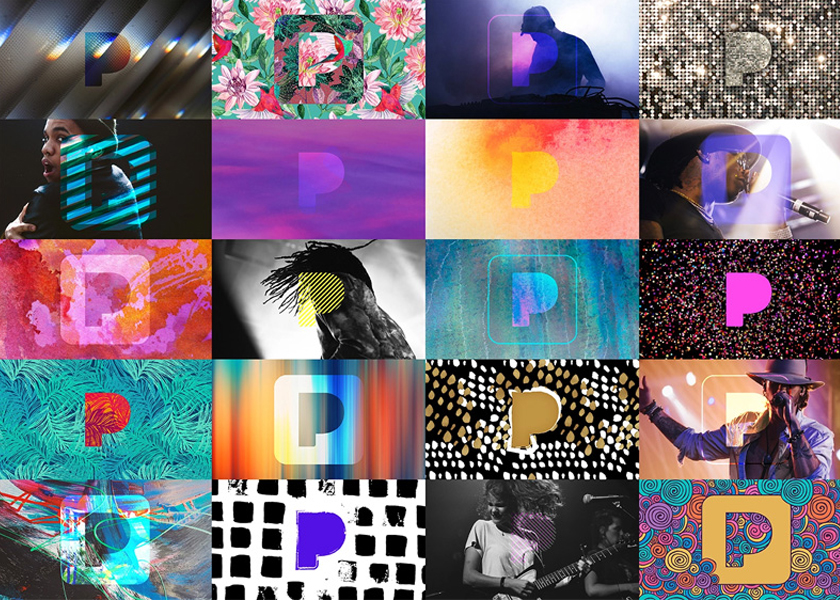 Launched in 2000, Pandora, the music streaming service, has overhauled its brand, just as it morphs from an internet radio app into an on-demand music service. Pandora’s new branding takes multiple forms.

The first is its new mobile app icon which sheds  the dark blue, serifed “P” in favor of a fatter, sans serif “P” without a counter. Integral to the new branding initiative is the development of a dynamic visual language which allows designers to present Pandora’s brand in a range of visual styles, each one pulling strains of influence from music.

Pandora designers – led by Julie Scelzo, Executive Creative Director and Tony Calzaretta, VP of Design and Creative – are utilizing form, color and pattern  to visualize what music might look like. “We definitely got into the geekier side of talking about the visualization of music, says Calzaretta. “We started digging deeper into our own genome and talking about the musical trait of timbre, which musicians refer to as the color of sound.”  The result can be seen in a grid of 25 versions in the initial Pandora branding release, each one visually distinctive. Of the solution, Scelzo says, “It doesn’t feel too hipster, doesn’t feel too country. It can mean a lot of things to a lot of people.”’