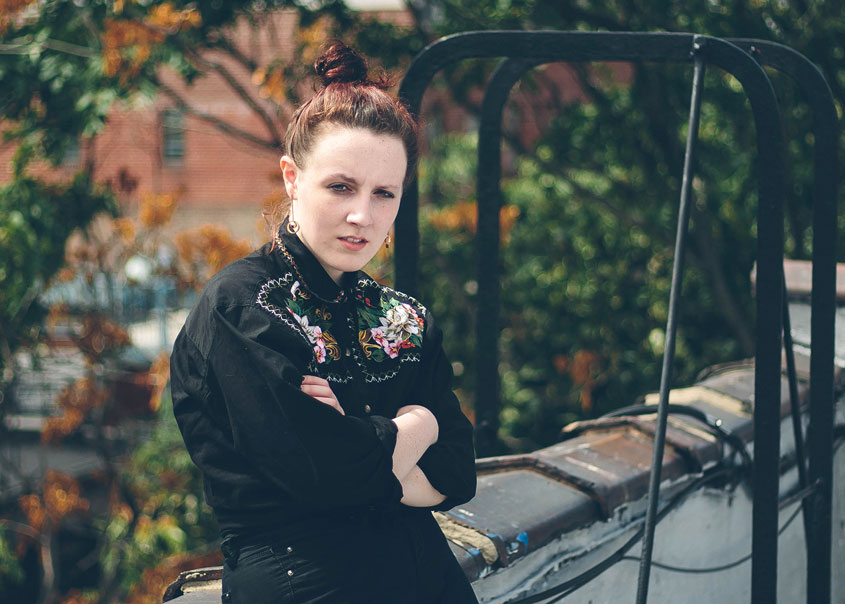 Kelsey Mitchell is currently a junior graphic design student. From making fictional menus on her parent’s old computer in middle school, to cutting up pages from her mom’s old Shape magazines, she always subliminally knew of her love of letters. Alongside her alphabet-driven interests, she also performs in musical theater. Together, these methods of creating evoke a love of world building and making of systems formally and imaginatively. Now immersed in studio work, she enjoys making posters and chapbooks which illustrate these ideas. She enjoys silkscreening, raspberry-lime seltzer, and humming her favorite songs.

WHERE WERE YOU BORN AND WHERE DO YOU LIVE NOW?
Born in New Jersey, currently live in New York

ARE YOU MUSICAL AND/OR DO YOU PLAY AN INSTRUMENT?
Yes! I played marimba in high school and sing.

WHAT LANGUAGES ARE YOU FLUENT IN?
Only English, but I would love to know Spanish.

LAST COMPLIMENT YOU GOT?
You did a great job! (I was just in a musical).

DO YOU COLLECT ANYTHING?
Lately, books on Irish literature … consistently, postcards and photos

COLOR USED MOST OFTEN IN YOUR DESIGN?
Blue, but mostly black & white

GREATEST STRENGTH/WEAKNESS AS A DESIGNER?
Strength is layout, letterpress printing; weakness is color!

IF YOU WERE NOT A DESIGNER, WHAT WOULD YOU BE?
Musical theater actor or Disney Imagineer

A MANTRA OR SAYING YOU LIVE BY?
When one door closes, another opens!