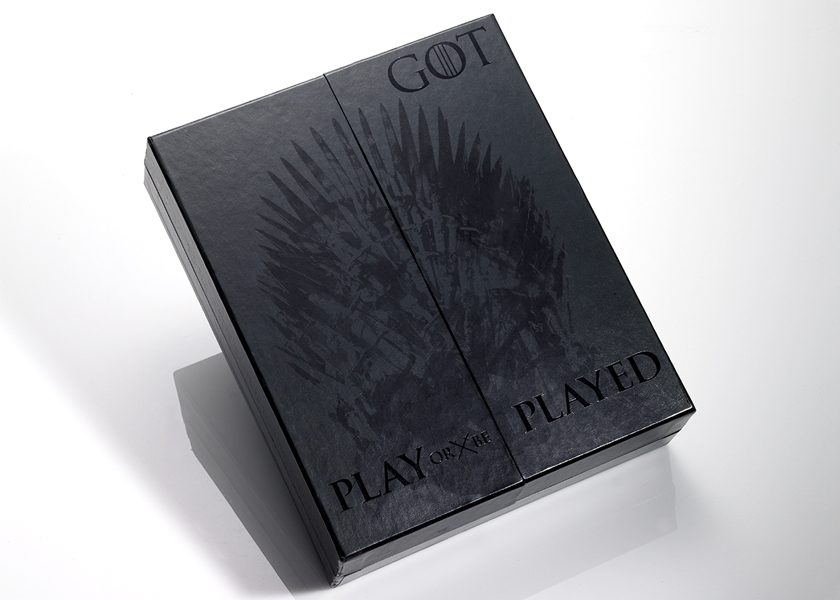 HBO presented an exclusive Game of Thrones Influencer Kit to VIP artists and influencers in promotion of Season 4 of the hit series.

Created to help super fan celebrities and social media influencers catch up on the story, the kit contained a branded iPad mini pre-installed with Catch the Throne: The Mixtape — a compilation album with hip-hop, R&B and reggaeton tunes recapping pivotal moments in the prior seasons of Game of Thrones. The iPad mini also contained a short video exclusive highlighting behind-the-scenes process for artists on the mixtape, which included Common, Yandel, Big Boi and many others. 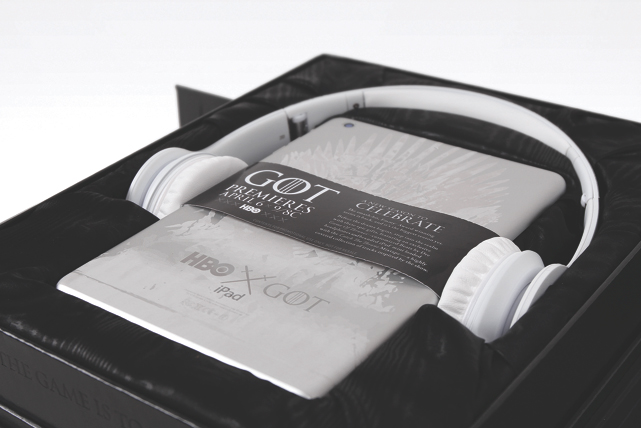 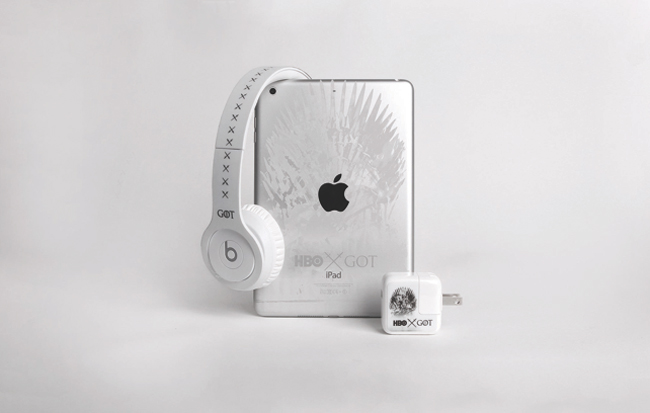 The custom box design, which won the 2015 award for best Rigid Paper Box by the Paperboard Packaging Council, was a collaborative effort between the team at HBO and Taylor Box Company.

Though only 35 kits were to be produced, Julie Passey, Director of Design and Engineering for Taylor Box said there was still a challenge of timing, “This was a complex box to produce. The box is built as a base tray with two three-sided hinged lids. An inner tray rests on two ribbons and raises up to present the gifts as the lids are opened. Hidden magnet closures keep the doors closed. And we had to turn it around in just three weeks.” 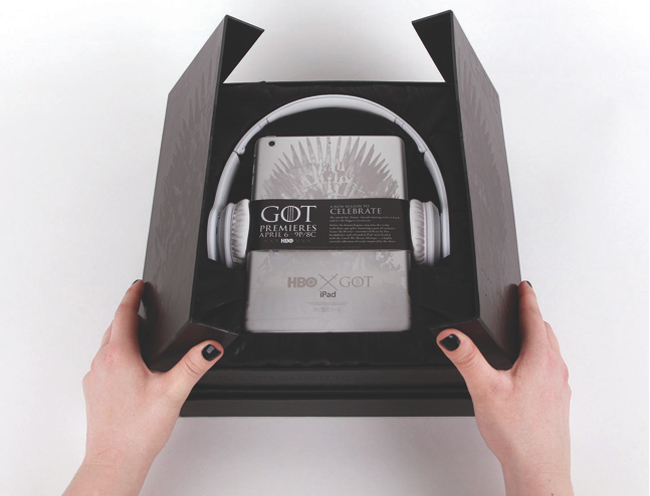 When searching for a box wrap Passey looked for a paper that would align with the vision of the elegant, exclusive kit, and something that would perform on press for the numerous production techniques that would be used.

Passey worked with Neenah Packaging to specify a luxurious metallic leather wrap with a pearlescent sheen, which would then be silk screened, debossed and foil stamped, “The paper was great to work with, it has a nice iridescent coating and a luxe feel. And the customer service we received from Neenah Packaging was key to our on-time delivery.” 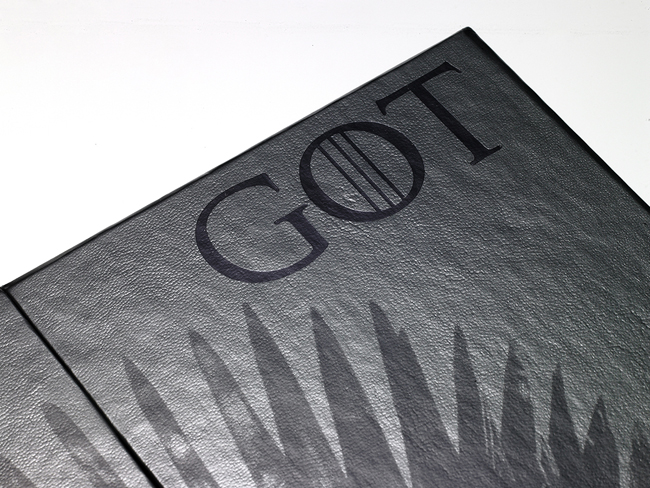 The combination of silkscreen and foil stamp on top of the Neenah custom box wrap created a powerful brand presentation for the VIPs. 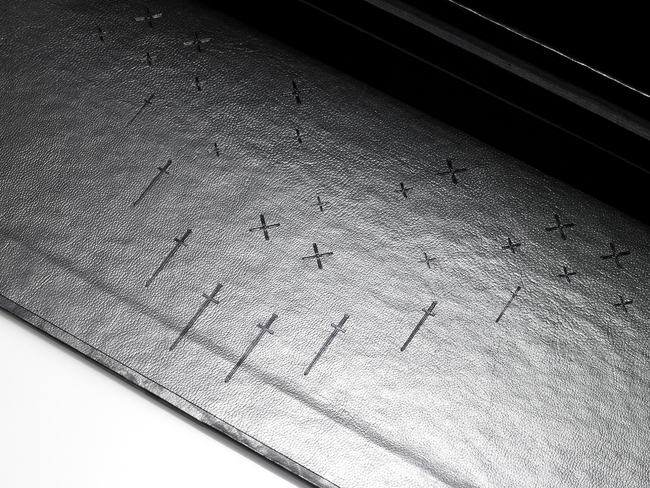 The high performance qualities of Neenah Packaging box wraps, along with Neenah’s ability to create just the right solution for every customer’s needs, made it possible for Taylor to get the look they wanted for the box, and design in intricate details like these tiny swords and daggers in clear foil stamp. 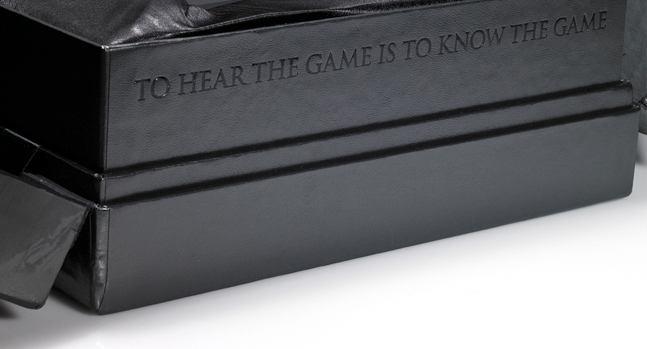 The hidden message revealed when the lids are lifted is debossed into the box, with a registered foil stamp. “HBO was very pleased with the final result. And I imagine the VIPs who received the kits were impressed,” said Passey.