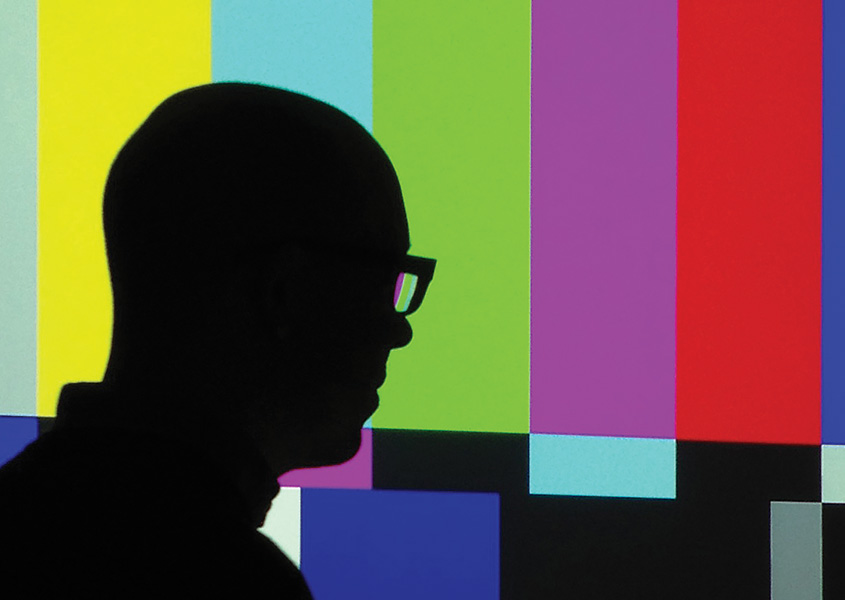 James Goggin is a graphic designer and educator from London via Sydney, Stockholm, Copenhagen, Auckland, Arnhem, and Chicago. He received his MA in Graphic Design from the Royal College of Art and founded a design practice named Practise in London upon graduation in 1999. The studio is now based in Providence where James has joined the Rhode Island School of Design as full-time faculty on the BFA and MFA Graphic Design programs, after a number of years as a visiting critic. In parallel with Practise, he has worked as a long-term consultant to Tate Modern and Tate Britain; art director of the avant-garde British music magazine The Wire; and director of Design and Publishing at the Museum of Contemporary Art Chicago. He previously taught at Werkplaats Typografie in Arnhem, The Netherlands, and at Ecole cantonale d’art de Lausanne (ECAL) in Switzerland. James lectures and runs workshops at art and design institutions around the world and contributes writing to a range of international publications and journals. He has works in the permanent collections of the Victoria and Albert Museum, the Art Institute of Chicago and the Chicago Design Archive, and is a member of Alliance Graphique Internationale.

HOW AND WHY DID YOU DECIDE TO MAKE EDUCATION A MEANINGFUL PART OF YOUR CAREER?
Education is such a fundamental part of my practice that I already started teaching graphic design while I was still a student. One of the main reasons that I love working as a graphic designer and as an educator is because both involve continued education and research, as well as engaging dialogue with a constant mix of diverse, interesting people. I saw an old USA postage stamp the other day with a Josef Albers painting on it that said “Learning never ends.” I couldn’t agree more.

IS THERE A SPECIAL CHALLENGE TO EDUCATING STUDENTS IN 2017 IN LIGHT OF TODAY’S CULTURE OR ECONOMICS OR TECHNOLOGY OR POLITICS OF THIS MOMENT?
There have always been moral and ethical questions that particularly relate to graphic design practice (whose messages are we communicating, for which purposes, by which means) but this new post-Brexit, post-Trump, post-truth, post-privacy world, while definitely challenging for educators, has actually highlighted many issues that our profession has long needed to address. Classes involve daily (often hourly) discussions and debates (largely initiated by students) about how graphic designers might truly contribute to a more equal and just society. The current situation in 2017 has provided a stark reminder that we cannot separate our profession from our humanity: we are both designers and people.