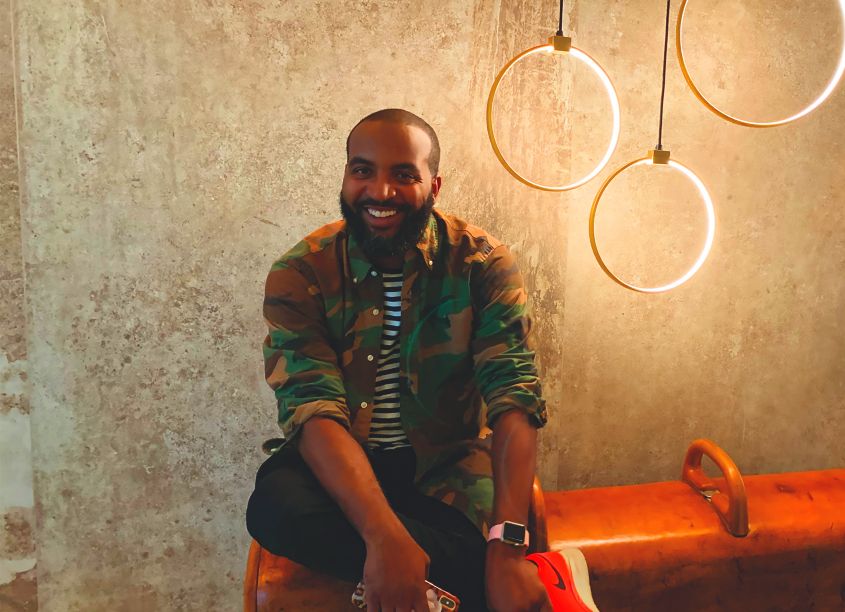 Frank William Miller, Jr. is the Design Director of global strategic and creative consultancy Matter Unlimited where he applies years of experience in both the corporate and entertainment sectors to support clients such as Merck For Mothers, Seth and Lauren Rogen’s Hilarity for Charity, and data.org — organizations committed to building a better world. Over his career, he has served as the Digital Brand Manager and Art Director at NY’s #1 Hip Hop and R&B radio station HOT 97, as an Online Producer for Rockstar Games working on record setting titles such as Red Dead Redemption and Grand Theft Auto 5, and as a Marketing Designer for Complex Magazine’s west coast office.

Frank also spends his time working on passion projects with music creatives such as A Tribe Called Quest and The Roots, on special projects for apparel brands such as Nike and 10.Deep, for celebrated documentary Summer of Soul, and with nonprofits such as University Beyond Bars, through which he’s volunteered to teach a graphic design course at the largest state prison in Washington, furthering prisoners’ education.

How did you become involved in socially responsible communications and why do you believe design can be an effective tool for this goal?

Designing for “Good” has been a bit of a moving target for me in the 20 plus years I’ve been working as a designer, and even longer that I’ve been creating art at all. I began my design career in music and for a long while working in those spaces was mostly about a sense of personal joy from having my work stand for, or in the place of, work created by others. A dialogue between creatives. Joy alone is “good” — if only for a time.

Eventually, that target — the feeling of self-content from exercising skills developed over years for other creatives’ work or feeling a sense of pride at my own occasional cleverness when solving a design need for a client — was no longer enough.

An increasingly more nuanced understanding of the many inequalities across the human condition have set me on my current trajectory. These are things one might be innately aware of, but only develop a language for over time. As a designer, attempting to make things beautiful or useful or more clear or efficient can be fulfilling, but even more so when that work can help lessen inequities or communicate better pathways to do so. That’s a better “good” for me.

Given the confluence of events and challenges our society now faces, does 2021 present any special opportunities, urgencies, obstacles to designing for good?

Every year, every moment presents special opportunities, urgencies and obstacles. It probably reads as a platitude, but there’s no better moment than the present to create or at least create space for good to happen. I’ve been waiting since the 2000 election for things to just get better on their own or by someone else’s hand, and that’s been a special kind of naive.

In that time, we’ve seen recessions, forever wars, Occupy and magnificent wealth hoarding, shrinking of social and civil liberties, disasters man-made and natural, civil protest and unrest and increasingly fascist responses to such. As it stands now we’re approaching the second year of this pandemic — there’s no better time than now. Whether that’s 2021, or whether it was 2016, or 2010, or 1965.

There will always be new obstacles to deter us, just as there will be opportunities to meet those challenges. In a very vast sense, we have to design the world we want, and that includes being thoughtful about the communities we’re fostering, being thoughtful about the governments we form to represent us, and being honest about the justice and opportunity we deny one another while trying to secure that for ourselves.