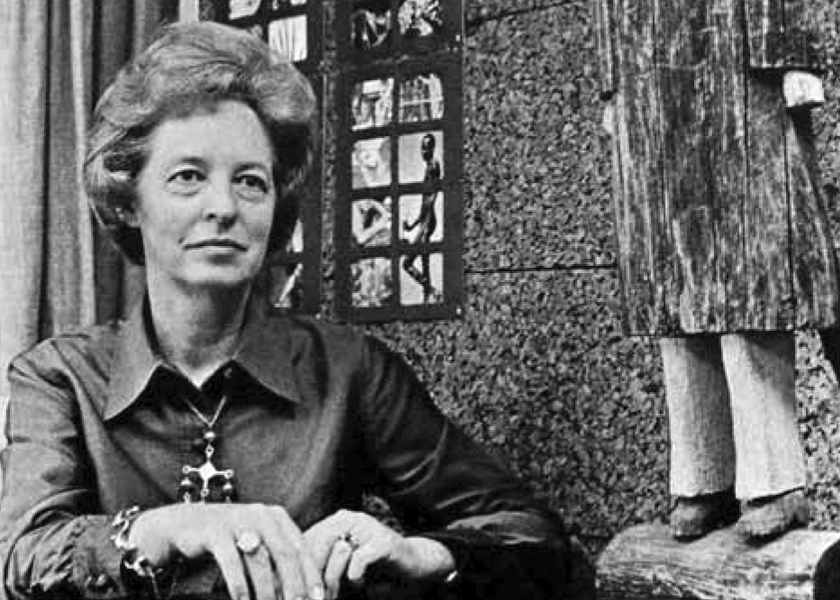 Susan Jackson Keig, an internationally noted graphic designer and art director for over seven decades, has died. Keig was a groundbreaker, the first women president of Chicago’s Society of Typographic Arts, identified as “one of outstanding women in Graphic Arts” by Champion Paper, and listed in R. Roger Remington’s Graphic Design History Resource as a woman pioneer in design and a key individual in the development of American design. Keig was an AIGA Fellow, among her hundreds of honors, and was a GDUSA favorite, her projects covered frequently and featured as “Person To Watch.” Working until nearly her 100th birthday, she completed just this year projects for several clients including the Breakers Hotel in Palm Beach, Northwestern University, and the Chicago Design Museum.

J.J. Kreig, her son, was kind enough to write the following note: “I am thankful of the many years that my mother was recognized in GDUSA, and if for nothing else I want to ensure that GDUSA readers are aware of my mother’s passing. I spent several days with my mother during the first week of May and it was remarkable the number of active projects and clients that she was working on at the same time. It was difficult for me to keep up with her. She is a true credit to the Graphic Arts and Publishing industries.”

Susan Jackson Keig was one of three daughters of William Edward Jackson and Nancy Means Robb. She traced her heritage to the settlers of Kentucky of the early 1700’s. Raised on her family farm, she attended the Hamilton School in Lexington KY and Science Hill Academy in Shelbyville KY before graduating from the University of Kentucky (BA) in 1940. She pursued her interest in art and design after an instructor refused to allow her to sit in a class on electrical engineering. During her attendance at UK, her history teacher was Dr. Thomas D. Clark, later to become Distinguished Professor and Historian Laureate of the Commonwealth of Kentucky. Keig and Dr. Clark continued a close professional relationship and collaborated on many projects for over 60 years.

In 1940 while performing post-graduate work at UK, Keig was recruited to join the cryptanalyst division of the Signal Corps in Washington, DC. She along with a group of professionals broke the Japanese code, a major event affecting the course of World War II. During her residence in Washington, DC, she continued post-graduate work in art and design at the Corcoran Art Gallery School. Returning to Lexington, she accepted the role of instructor in the Art Department at the University of Kentucky.

In August 1943, Keig wed her first husband, Allen Chancellor “Chauncey” Karstrom, a second Lieutenant in the US Army stationed at Camp White in Medford OR. Lt Karstrom was one of a few members of the 3rd Infantry not deployed to Anzio Beach in Italy. During their brief residence in Oregon, Susan accepted a position as superintendent of art for the Medford School District. Lt. Karstrom was later transferred to Santa Barbara CA, where she painted by day and sold her works at a gallery in the evening.

In 1945, the couple moved to Evanston IL, where Keig became Art Director at the firm of Science Research and Associates (SRA). She managed the design and development of Get THE Job, a groundbreaking guide for returning servicemen. From 1945 through 1946 she attended classes at the New Bauhaus at Illinois Institute of Technology (IIT) under László Moholy-Nagy’s direction. She then taught at the Institute of Design. In August of 1947, she took a leave of absence from SRA and returned to UK to accept the position of instructor in the Art Department, teaching Advertising Art and Art Humanities.

In 1948, Keig joined the design firm of Dekovic-Smith. In 1952, her first husband died and Keig began teaching evening pottery class at Hull House in Chicago in addition to her full-time job in design. She became president of the Chicago Society of Typographic Arts (STA), serving from 1955 through 1956. In the late 50’s, Susan was a twice a guest of architect Frank Lloyd Wright at his Taliesen studio in Wisconsin, and also joined the Morton Goldsholl Design firm in Chicago. In 1958, she completed the design of a weekend house in Beverly Shores IN with architect Crombie Taylor. The house was featured in Better Homes and Gardens in 1960. In 1958, she married Peter Keig and in 1959 both celebrated the birth of their only child, Joseph Jackson.

In 1960, Keig was appointed the United States Delegate to the World Design Conference in Tokyo, which was the genesis of a contributing editor for Communication Arts (CA) Magazine, a relationship that lasted for many years. She and her husband attended the annual International Design Conference (IDC) in Aspen CO through most of the 60’s as well as annual meetings of the Society of Environmental Graphic Design (SEGD) at the Cranbrook Academy of Art. In the late 60’s, she was named Vice President, Executive Designer of Goldsholl and Associates. She left in  the early 70’s to become Vice President at Lathem Tyler Jensen (LTJ) before beginning her private practice, Susan Jackson Keig Design  in the mid-seventies which she continued until her death in 2018.

Among her notable projects:

• Grants from the National Trust for Historic Preservation, The Illinois Historic Society, the Kentucky Arts Commission, Kentucky Humanities Council and the National Endowment for the Arts to produce the logo for the Main Street Project

• Publications for the Beckett Paper Company entitled Trade With The World’s People, A Shaker Album, and Racing Silks & Winning Colors

• Presentation plans in both English and Arabic for the modernization for Riyadh, Saudi Arabia

• Design and production of The Clare Booth Luce Award and medallion for The Heritage Foundation, awarded to President Ronald Reagan and other notables 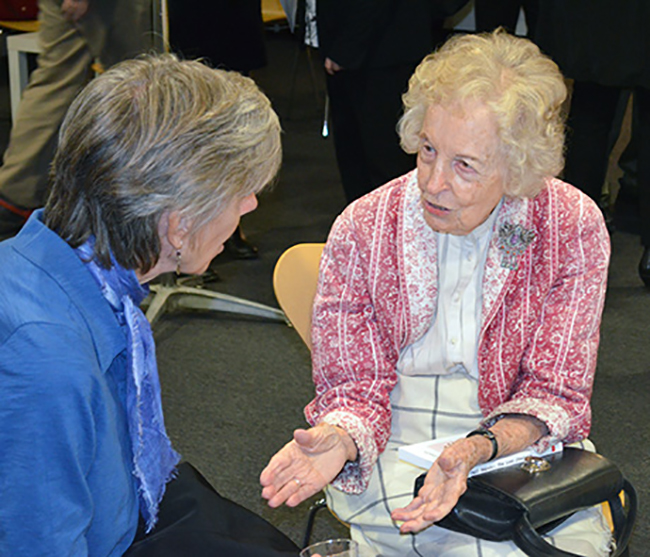 Preceded in death by her two husbands, Chauncey Karstrom and Peter Keig, and by her two sisters, Nancy Ann Jackson Harris and Billy Jackson Bower, Susan Jackson Keig is survived by her son, J. J. Keig and wife Rebecca of McKinney, Texas, and several nieces and nephews.