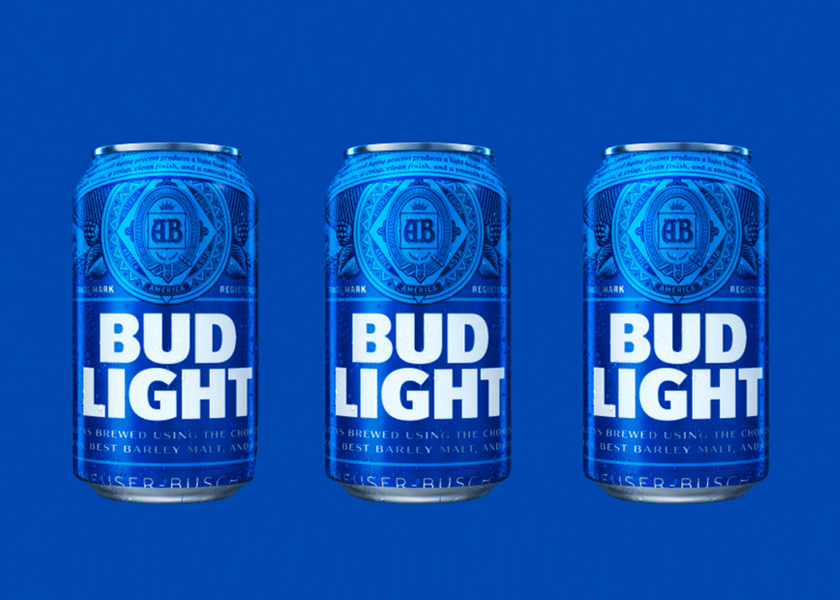 Bud Light is getting a major package design makeover. Intended to attract modern beer lovers, Bud Light is modernizing while linking the brand back to venerable parent Anheuser-Busch. That means introduction of a new logo in bold type, a doubling down on blue and elimination of the color red, and the return of the “AB” crest 14 years after it was removed from cans and bottles. The new can actually includes several shades of the color, the eliminates the elliptical swoosh-like design element that has been on packaging for most of the past decade,  and all-in-all projects a more artisanal feel. The work is credited to creative design agency Jones Knowles Ritchie, and it’s the first packaging overhaul to Bud Light in eight years. New cans and bottles will roll out nationwide in early spring 2016 and, according to the Bud Light marketing team, is part of a larger brand evolution planned for the coming year.