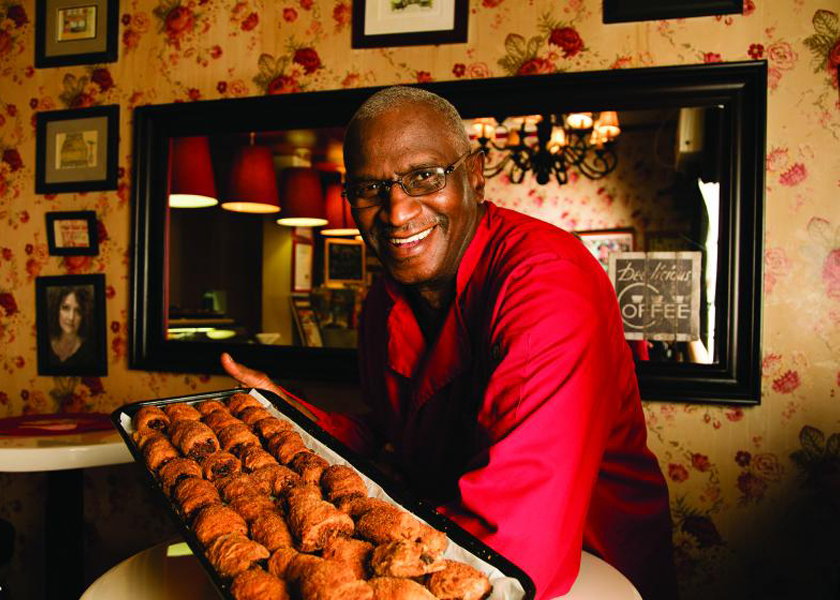 Back in 1964, Alvin Lee Smalls ran across a recipe while reading the newspaper. For six months this South Carolina-born, Harlem NY transplant worked on and perfected his own version of that recipe… for a traditional Jewish treat known as rugelach. He never dreamed that 50 years later he’d not only still be lovingly baking the pastry, but that he’d also achieve legendary status amongst New York City’s connoisseurs. He has been called the rugelach king of Harlem by The New York Times, and has received hat tips from the likes of NPR, PBS, CBS and countless others.

Smalls, affectionately known as Mr. Lee or Lee Lee in and around the neighborhood of his Harlem bakery, is proud to be keeping tradition alive with this cross-cultural treat. Even his tagline “Rugelach by a Brother” uses a multicultural voice to invite people from all walks of life to share in the delight. (His secret is using only the best natural ingredients, and of course butter… never shortening.) 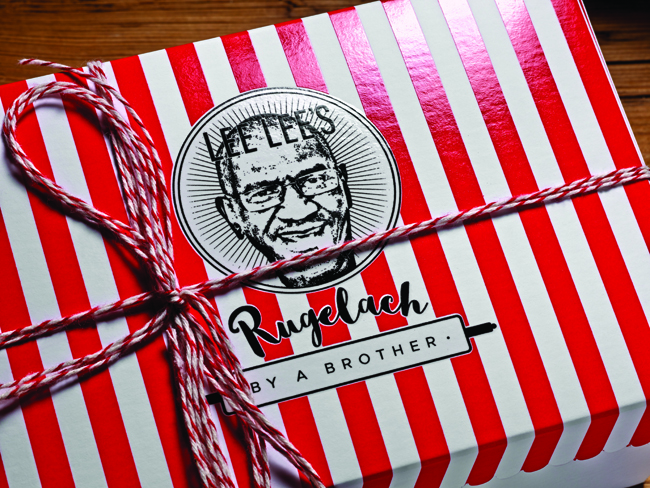 Last holiday season — a busy time of year for rugelach you might imagine — Smalls enlisted the help of DATAGRAPHIC to design a new packaging that would make a powerful impact. Smalls was looking to jazz up his look and create a more upscale presentation for B2B clients. 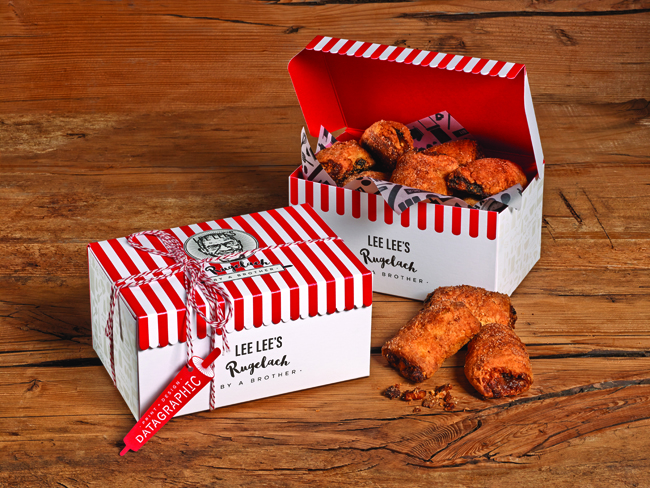 The design team at DATAGRAPHIC created this beautiful box; a huge departure from the typical bakery bags that Smalls had been using for years. 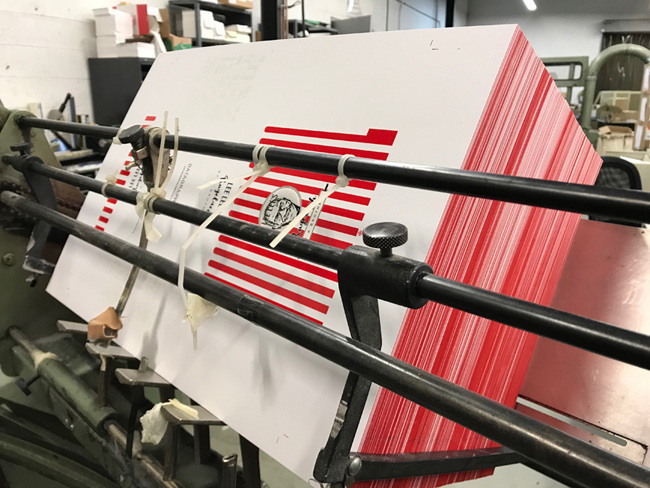 The box is made with two Neenah papers. PLIKE®, White, makes up the folding box, which is then duplex laminated on the inside lid with CLASSIC CREST®, Smooth, Imperial Red. Glen Schuster of DATAGRAPHIC says the soft touch of the PLIKE® gives the box holder a sense of soft warmth, like the baked goods inside the box, and the pop of the Imperial red on the inside lid adds to the impact of the unboxing moment. 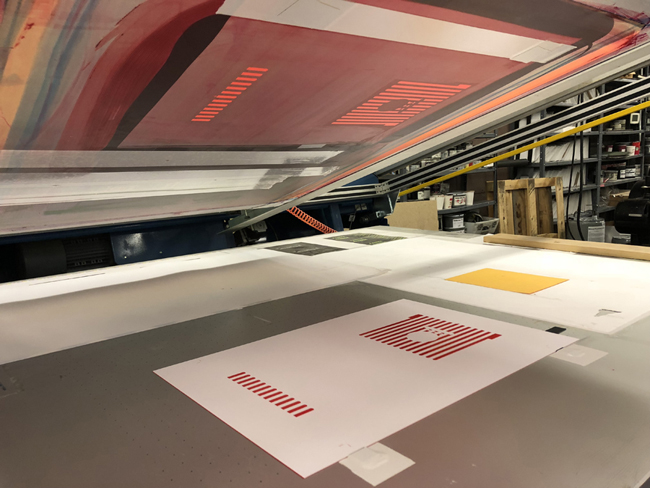 Raised silkscreen printing was used to add another level of impact and texture to the box. 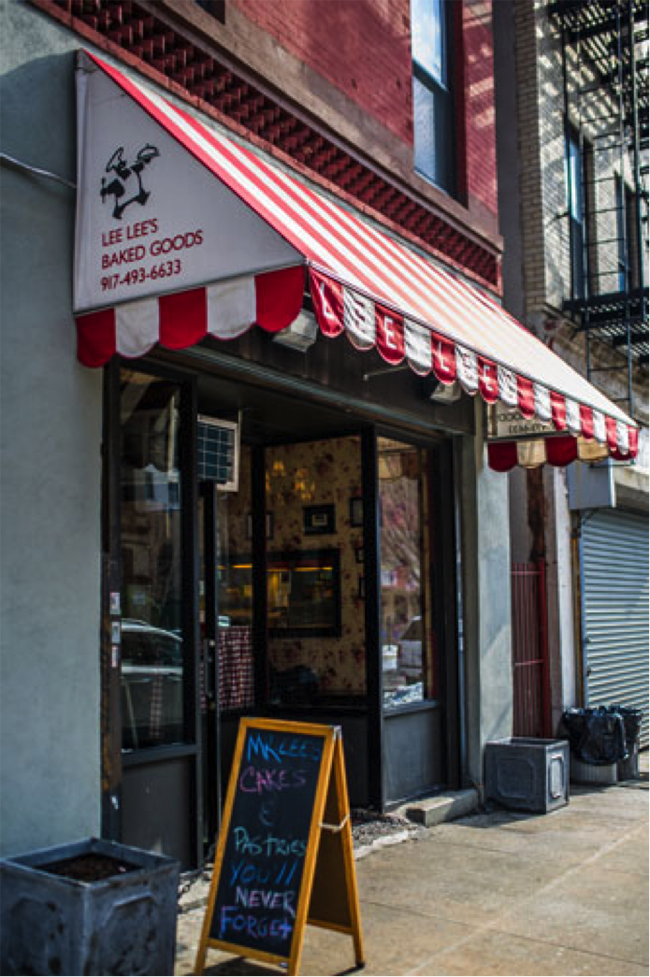 The red stripes silkscreened onto the top of the box, along with the die cut “ruffled” edges, resemble the old-school storefront awning that welcomes customers into the bakery. The silkscreen, Shuster says, adds both visual and sensual elements with its glossy contrast against the soft touch of PLIKE®. 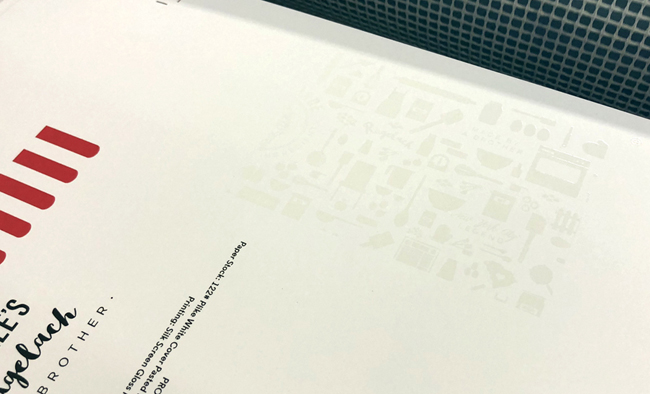 The sides of the box are silkscreened, white on white, with a design that resembles a retro kitchen wallpaper, featuring mixing bowls, whisks, wooden spoons — the tools every baker needs — along with Smalls’ tagline, “Rugelach by a Brother.” 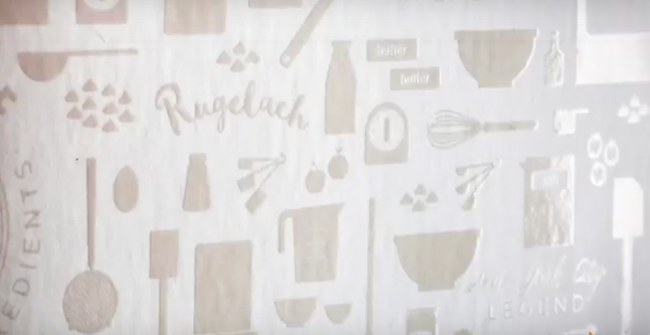 This packaging was considered from every angle. It captures the essence of the man and his passion for his craft, and definitely made the impact it was meant to make. It was very well received when it launched last holiday season, and has kept Lee Lee’s Bakery very busy ever since.

If you’re tempted to see this package up close, or taste this award winning rugelach, you’re in luck because Lee Lee’s delivers!