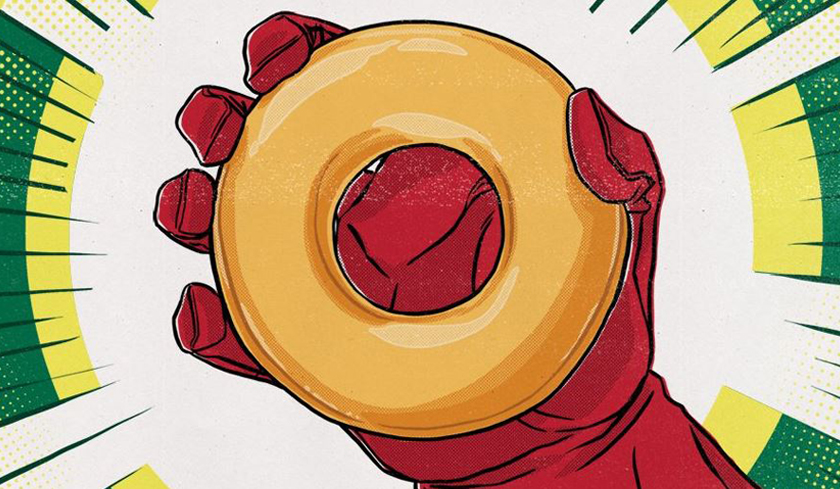 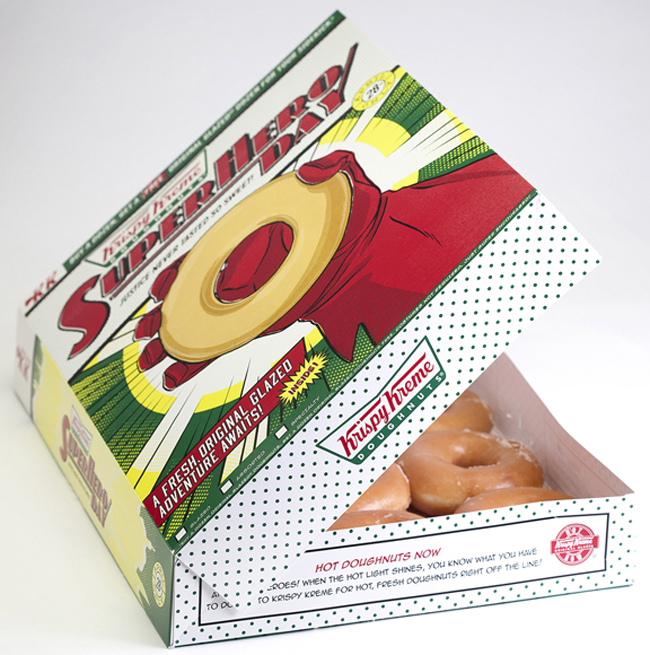 The comic-inspired carton (the illustrator, Marc Laming, has worked for Marvel, DC, Fleetway, Dark Horse, Dynamite and other publishers) is a four-way first-ever for Krispy Kreme: It’s their first promotion to step outside the company’s standard corporate design identity. It’s printed sideways, to open from left (comic-book style), instead of from the top. The offer copy is playful and topical rather than legalese. And it’s the first, with its caped and masked Ks on bottom, to alter Krispy Kreme’s initials logo. 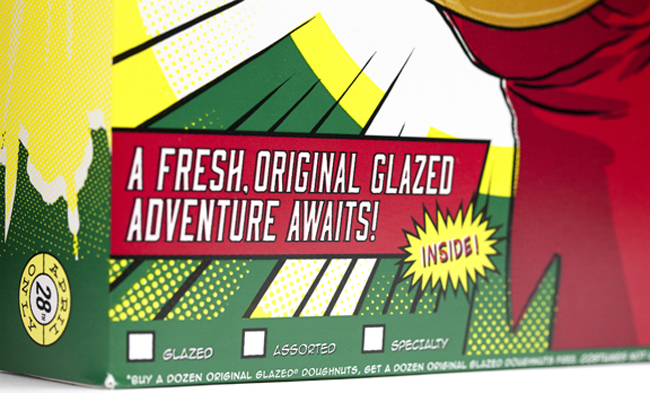