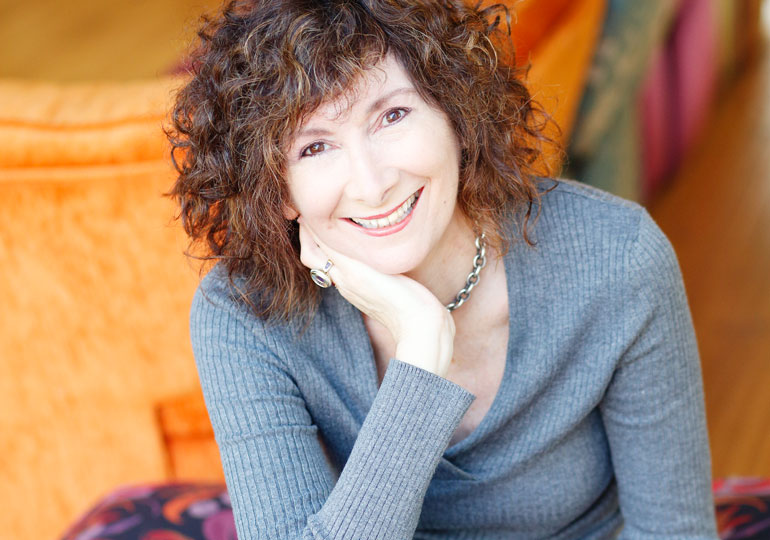 Barbara Kosoff lives and works in Santa Monica, California specializing in communication, branding and collateral as well as mixed-media illustration. Her whimsical work has been featured in the Huffington Post, Los Angeles Times, Scientific American Mind Magazine and, most recently, on the cover of GDUSA September/October issue, where she was a winner of the Neenah digital cover competition. She began her career in Los Angeles as an art director for RPA, Ogilvy, Saatchi and Deutsch among others. Curious by nature and ready for adventure, Barbara moved to Paris and freelanced while soaking up French culture. In addition to working on projects for Galeries Lafayette, Oscar de la Renta, Disneyland/Paris and Euro RSCG, she spent hours in the cafés discussing la raison d’être with the ghost of Magritte, absorbed la langue Français, and became BFFs with the local stinky cheese seller. Back to Los Angeles, she worked for Disney, Warner Bros., Fox and DIRECTV and the agency world designing brochures and campaigns for Honda, Toyota, Mitsubishi and Mercedes-Benz. Barbara exhibits her work at galleries throughout Southern California and recently had her first solo show. She has taught at Woodbury University, Otis College of Art and Design and is a frequent reviewer for AIGA student portfolio day. When not doing yoga on the Santa Monica bluffs, Barbara can be found tangoing on the banks of the Seine.

Follow your heart, pursue your dreams, never give up, work your ass off, always give 150%, and have fun!

I was born and raised in Philadelphia. My east coast sensibility and work ethic has always stayed with me. When I moved to Southern California after college, it was like going from black & white to technicolor – surrounded by sandy beaches, sunny skies and stunning sunsets. Later, moving to Paris opened me up once again to a new culture, art and architecture that informs my design aesthetic.

FAVORITE TYPEFACE?
Whatever is on my favorite candy packaging, Toblerone

FAVORITE APP?
Pandora, Maps (how did I ever manage without this one?!!)

FAVORITE BOOKS?
Outliers by Malcolm Gladwell, A New Earth by Eckhart Tolie, anything by David Sedaris

FAVORITE MOVIES?
The Wizard of Oz, Breaking Away, Annie Hall, I’m a sucker for The Sound of Music

FAVORITE MUSICIANS OR BANDS?
Mayor Hawthorne, Amy Winehouse, Zee Avi, Gotan Project or anything I can play my guitar or tango to

GREATEST STRENGTH AS A DESIGNER?
Having a creative vision

TALENT YOU WISHED YOU POSSESSED?
Play guitar like Jimmy Page

IF YOU WERE NOT A DESIGNER, WHAT WOULD YOU BE?
Rock Star

A MANTRA OR SAYING YOU LIVE BY?
Live, love, laugh, learn every day