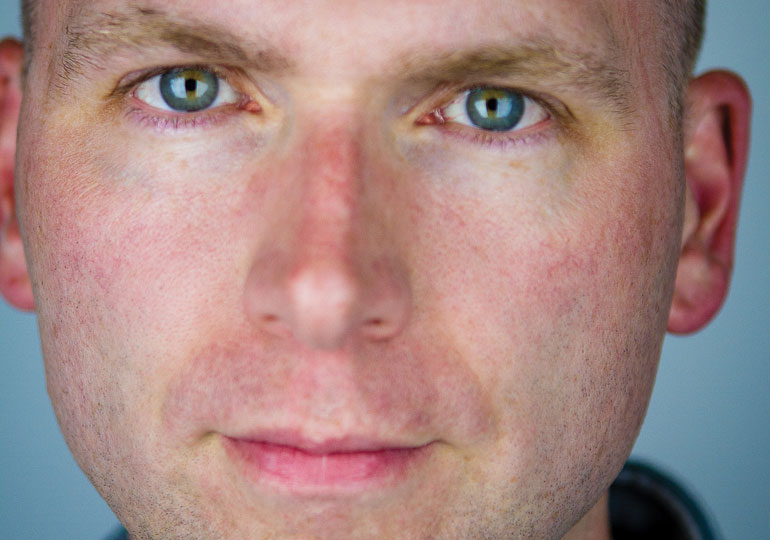 Tim Heyer is part of the small creative team at Pantone, the worldwide authority on color. He began his design career by not studying design, but instead studying engineering, then English literature and composition. He likes to think that the analytical, problem-solving skills that he learned from engineering classes, paired with the ability to formulate and communicate thoughts with clarity, helps him to find highly effective solutions for visual communication. Although it could just be that he likes pretty things and works hard to make sure they work hard. After a decade in the home furnishings industry, Tim jumped at the chance to work for Pantone. He thinks that being a designer for a company whose main audience is designers is both a bit scary and just about the best job there is. It also means that he often serves as a one-man focus group and touchstone for voice-of-customer, making his role more valued within the organization than might be typical at other firms. He thinks that is nice. Tim has won a few awards here and there but mostly values the opportunity to spend each day working with great products and people, then heading home for some QT with his wife and family.

Don’t be afraid to take on projects that you’ve never tackled before – instead, seek them out. The biggest advances I’ve made in my career – in fact, the reason I have a career in design at all – were because I applied myself toward understanding new challenges and learning how to solve them. You’d be surprised at how many doors that can open for you, not just because of the experience and skills you gain, but also because of your open attitude.

I grew up in the suburbs of NJ and still live in the same smallish town. This feeling of rootedness and stability also manifests itself in my work. In contrast, the endless possibilities presented by living just outside NYC means inspiration often comes from anywhere, in any number of forms.

FAVORITE BOOKS?
The Days Are Just Packed: A Calvin and Hobbes Collection by Bill Watterson

GREATEST STRENGTH AS A DESIGNER?
Hopefully, I use color well

IF YOU WERE NOT A DESIGNER, WHAT WOULD YOU BE?
Sad

A MANTRA OR SAYING YOU LIVE BY?
No whining, no crying, no whining and crying at the same time.