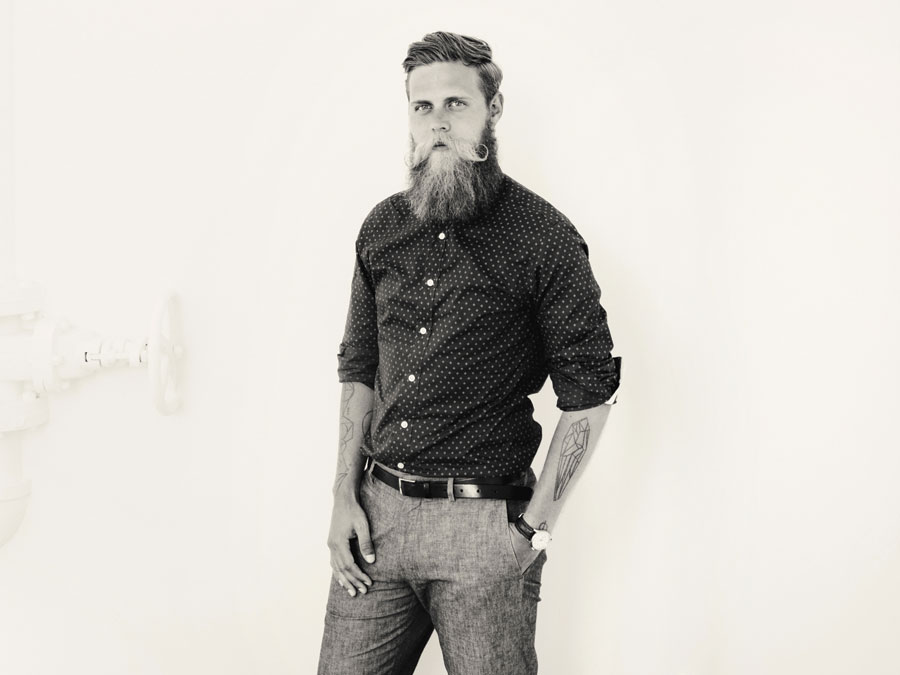 Tobias van Schneider is a German multi-disciplinary maker of useful, curious and beautiful things, and just completed a stint as Art Director and Lead Designer at Spotify where he helped it emerge as the leading music streaming service in the world. Born in Germany, and raised in Austria, he now lives and works in New York City. Tobias’ journey is different than most. He dropped out of high school at 15 and made grand plans to become a software engineer. After realizing he “sucked at it,” Tobias began teaching himself design at 16. Fast forward a few years and through “a whole lot of ass-busting,” Tobias is now a designer, founder, speaker, mentor and maker. After opening his own design studio, Tobias helped develop products and services for companies such as Red Bull, Google, BMW, Wacom, Sony, Fantasy Interactive, Stinkdigital, Toyota, Ralph Lauren, and Bwin. Tobias has been honored with the net magazine Designer of the Year & Awwwards Art Director of the Year award. He also serves on the Board of Directors at AIGANY and is involved in a variety of programs including Cannes Lions, HyperIsland, Art Directors Club & the FWA. At Spotify, he helped build new products and, during his time, Spotify grew from 15 million users to 70+ million. Tobias is also the co-founder of Semplice, a portfolio system and community used by thousands of leading designers who represent brands such as HUGE, BBDO, Tumblr, Disney, Apple, Firstborn, Unit9, R/GA and Razorfish. In addition to his mentoring work, Tobias is advisor and creative director at memomi. He’s played a crucial role in creating the brand and overseeing the user experience to help establish the world’s first digital mirror software platform called Memory Mirror. Memomi aims to revolutionize the interactive shopping experience and recently launched with selected partners such as Intel, IBM, Sony and Panasonic.

HOW DOES WHERE YOU WERE BORN, GREW UP OR LIVE NOW AFFECT YOUR DESIGN SENSIBILITY OR STYLE?
Absolutely! I was born and raised in Germany and I’m sure this contributes to how I design, how I think about design, and my overall design sensibilities. Currently living in NYC this hasn’t changed much, but I know there is a certain appreciation for “European Design” in the U.S.

FAVORITE FINE ARTISTS?
I don’t think I have any.

TALENT YOU WISHED YOU POSSESSED?
I wish I could time travel.

ADVICE TO A YOUNG DESIGNER JUST STARTING OUT?
There is only hard work. Showing up is more than half of the deal.

IF NOT A DESIGNER, WHAT WOULD YOU BE?
Elon Musk

A MANTRA OR SAYING YOU LIVE BY?
The best way to complain is to do something.