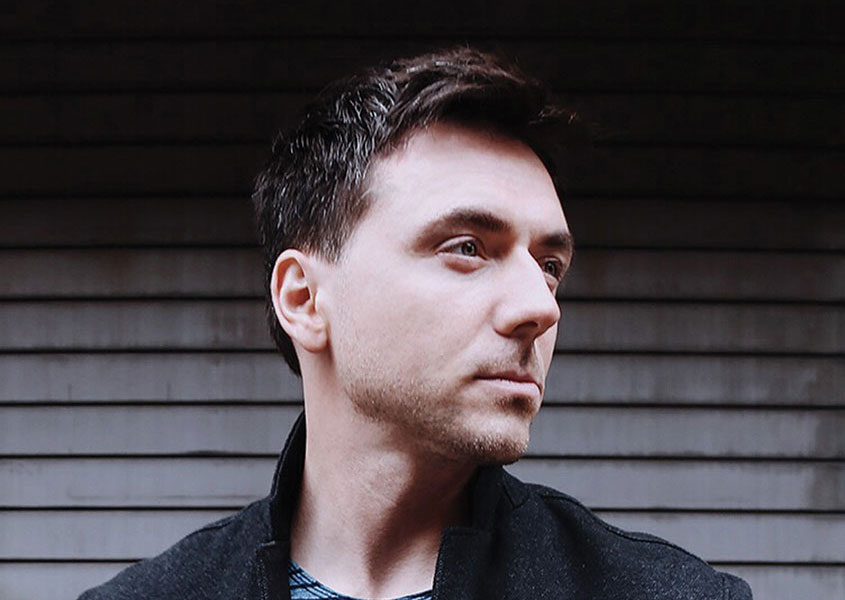 With expertise in motion design, Jason White guides his team through the conception, design and production of high-profile projects for global brands, agencies, and entertainers. Under his creative lead, Leviathan has worked with major brands including BMW, Nike, Samsung, and The North Face; as well as recording artists Drake, Skrillex, and Amon Tobin. Jason is a regular guest speaker at industry conferences around the world including FITC, Collider, HPX Digital, SEGD, and Pause Fest. His works have been featured in international media outlets including The Creators Project, Communications Arts, Motionographer, Stash, GDUSA and Wired.

WHERE WERE YOU BORN? WHERE DO YOU LIVE NOW?
I was born in Vancouver WA and now reside in Chicago.

DID YOU GO TO DESIGN SCHOOL?
I studied art, design and animation at both the Art Institute of Chicago and The Illinois Institute of Art.

MORNING PERSON OR NIGHT OWL?
I’m definitely a night owl, and please never ask me that question in the morning.

ARE YOU MUSICAL AND/OR DO YOU PLAY AN INSTRUMENT?
I adore music but can only play a few guitar chords.

WHAT WAS YOUR FAVORITE CHILDHOOD TV SHOW?
I was obsessed with the animated Voltron series.

LAST BOOK YOU READ?
Trammel is an angry, allusive and highly literary debut collection of poems by Charlotte Newman.

ANY PETS?
I have one white siamese cat. Her name is Gigi D-Lux, and she owns up to that name.

WHAT LANGUAGES ARE YOU FLUENT IN?
English and some Korean

WHAT’S THE LAST COMPLIMENT YOU GOT?
That I take compliments well

DO YOU COLLECT ANYTHING?
I collect art supplies from the 18th and 20th centuries.

COLOR USED MOST OFTEN IN YOUR DESIGN?
Cyan

DO YOU HAVE A DESIGN MENTOR OR INSPIRATION?
Rick Valicenti from Thirst Design Chicago

GREATEST STRENGTH/WEAKNESS AS A DESIGNER?
Strength is that I’m good at inventing the uninvented. Weakness is I’m too ambitious for my own good.

ADVICE TO A YOUNG DESIGNER JUST STARTING OUT?
When applying to studios and agencies, it’s crucial that you acknowledge their design style and culture, and consider whether or not you’ll fit in before sending your portfolio; be honest with yourself and it will go a long way. Tell them what you’re great at, why you’re a good fit, and where you belong on their team.

A MANTRA OR SAYING YOU LIVE BY?
From Jack Kerouac: The only people for me are the mad ones, the ones who are mad to live, mad to talk, mad to be saved, desirous of everything at the same time, the ones who never yawn or say a commonplace thing, but burn, burn, burn like fabulous yellow roman candles exploding like spiders across the stars and in the middle you see the blue centerlight pop and everybody goes, ‘Awww!’