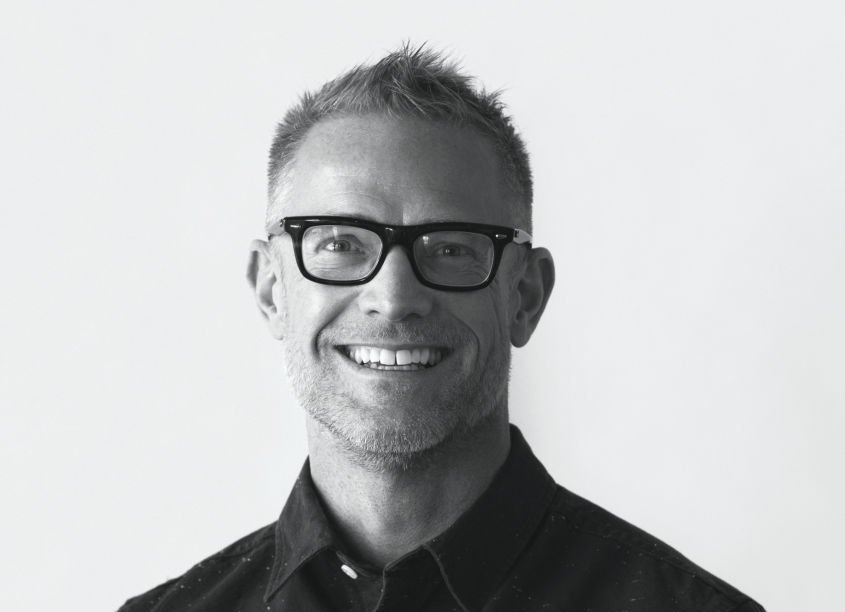 Scott is the creative mastermind behind Struck’s remarkable and innovative design team. As executive creative director, he leads the Utah-based agency’s team of artists, overseeing the daily operations and creative direction for client work with a critical eye. Through more than two decades of commercial design, Scott has nourished and revitalized client brands in the entertainment, retail, sports and recreation, and hospitality industries. He has produced signature branding guides, retail environments and merchandising programs for clients, including Sony, DreamWorks, Nickelodeon, TCM, Elvis Presley Enterprises, The Jim Henson Company and the New York Jets. He’s also created branding and collateral materials for corporations and museums such as The Leonardo, Copper Canyon Farms and the Sundance Institute. Scott is a notable figure in the Intermountain West’s design industry, he served as President of the Utah chapter of the AIGA and has been recognized for his work through Communication Arts, the American Advertising Federation and the American Institute of Graphic Arts (AIGA). His work regularly appears in industry publications, including Campaign US, GDUSA, Print and HOW magazines. While he holds a BFA from Brigham Young University, he switched allegiances to become an adjunct professor at the University of Utah.

Design has tremendous power to shape, influence and improve. But if design is to have an outsize impact on the world, it requires redefining the term itself. As an industry, we should view design as a tool in the process that helps to shape our world, not a problem solver. In other words, turning our attention from solving a problem and instead retraining and reinventing it upon the systems that may have created it. This will, of course, require changing the way we design and the way we sell what we do. But it’s a shift that is beginning to take place, so yes: I’m optimistic.

The answer to this goes hand-in-hand with the answer to the previous question. If we stake our claim as “problem solvers”, we lionize our own role while diminishing the roles of others. Recent events have made us more aware of the underlying systems at play in the world. Designers have a stake in the solutions, but we’ve also had a role in the problems. So for me, and for the team at Struck, the past year has been less a debate about working from home vs. working in the office and more an opportunity to rethink our role in the process while working towards being proactive creating content that taps into the perspectives and experience of diverse audiences.