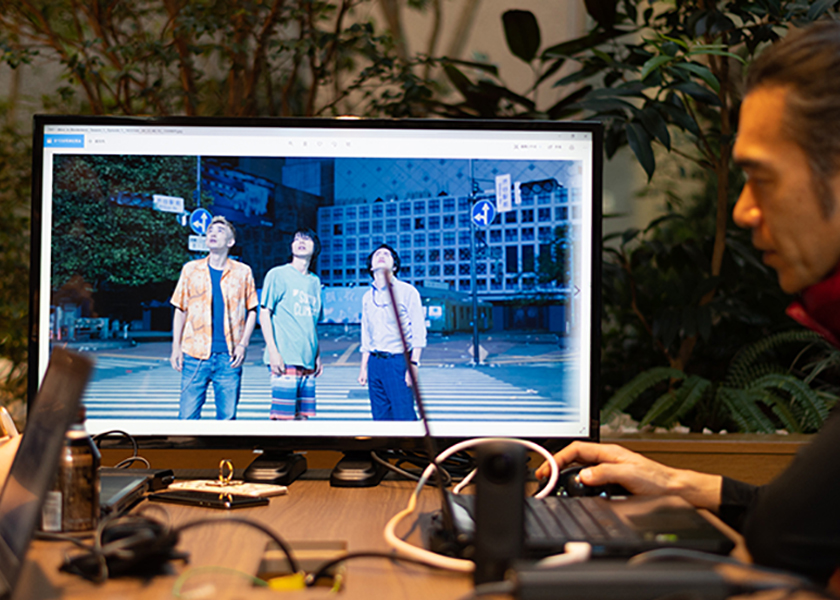 Is what you’re seeing on the big screen real or fake? These days, thanks to advancements in CGI (computer-generated imagery), it can be difficult to tell. CGI is instrumental in the production of movies and TV shows today, creating life-like scenes from digitally created images. CG artists can use 3D modeling to create a representation of any object, allowing them to add people, buildings, or even imaginary creatures to a scene, or tweak the intensity and color of light to change an actor’s appearance or simulate effects like a snowstorm.

A key element in bringing these virtual scenes to life is selecting the right camera to capture them. DSLR cameras deliver high-quality images but involves a time-consuming workflow of taking multi-bracket shots (taking several images in succession) in multiple directions (right, left, front, back, up, down), then connecting those images to create a seamless 360-degree HDRI (high dynamic range imaging). A more time-and cost-effective method is using a 360-degree camera with HDRI capabilities, such as the RICOH THETA Z1. Since 360-cameras capture the entire environment around the camera in one shot, there is no need for stitching multiple images together. The THETA Z1 allows photographers to quickly capture RAW image data and integrate it into realistic live-action scenes.

For example, Atsushi Doi, VFX supervisor for Netflix’s thriller series Alice in Borderland, used the THETA Z1 to create the impressive scene (caught in one continuous shot) at Shibuya Scramble Crossing, a popular intersection in Japan, in which characters emerge from a train station to a deserted city center. The scene was shot at a large outdoor open set in Ashikaga, Tochigi – everything except for the actors and a few set pieces, such as the ticket gates and toilets, are computer generated.

THETA Z1’s HDRI feature was indispensable in creating the virtual CG world with natural lighting that is indistinguishable from the real thing. The RAW data from THETA Z1 was captured by bracketing the exposure using different shutter speeds, and then combined into a single 32-bit image using software such as RawTherapee or PTGui. With 32 bits, it is possible to acquire a wider range of color and light source information that is closer to live action.

Doi took bracketed photographs in the morning, afternoon, and evening on set, and then used the light source information of the image data for CG lighting of the virtual Shibuya Crossing scene.

When comparing HDRI photos from the THETA Z1 and DSLR, Doi says there is not much difference between them. Though the resolution will be higher when using a DSLR camera, THETA Z1 is a proficient alternative due to its shorter shooting time and efficient image processing ability. A DSLR would be the camera of choice for generating CGI of detailed object, such as a vehicle or character, but the Z1 is sufficient for creating realistic normal scenes.

RICOH THETA offers various plug-ins and models to help create dynamic content easily. The Burst IBL Shooter plug-in captures a bracketed shot in less than one second in any lighting environment without using any settings. And the newly launched THETA X features multi-bracket shooting, a mode that takes several images in succession with up to 13 manual setting options such as shutter speed, white balance, and ISO.