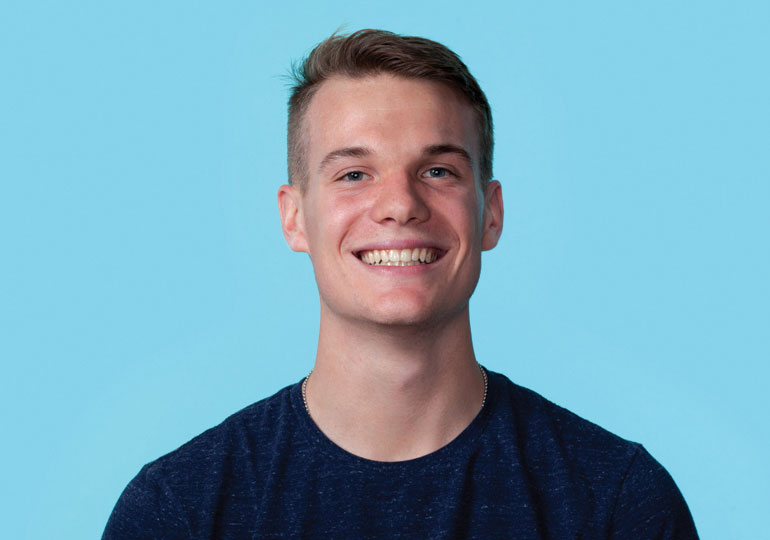 Anthony Zukofsky is a 22 year old American designer from a small town in New Jersey. After high school, Anthony went to a university for soccer and athletic training when he soon realized he was not going to be a professional soccer play nor did he want to tape ankles for the rest of his life. He decided to get into graphic design, transferring to the School of Visual Arts in New York City to become fully submerged in the design community. Now living and working in New York City, he is in his final year at SVA. Anthony can usually be found researching conspiracy theories (mainly the JFK assassination, which has become an obsession), eating cheeseburgers, pondering space travel, surfing and kicking off “HAPP” (a collaboration with his friend Henry Nuhn). Anthony has been fortunate enough to work for The New York Times, Apple, Paul Sahre and Eight and a Half.

FAVORITE MOVIES?
Pulp Fiction or No Country For Old Men

IF YOU WERE NOT A DESIGNER, WHAT WOULD YOU DO?
An astronaut would be pretty awesome

A MANTRA OR SAYING YOU LIVE BY?
Be Optimistic