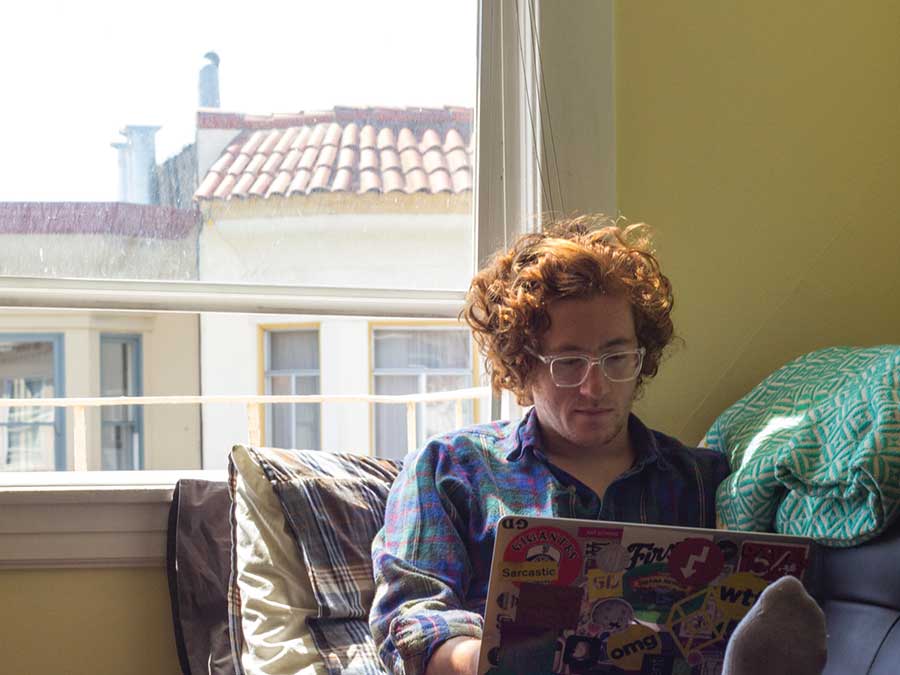 Barron is an artist/designer/whatever who graduates from RISD Graphic Design in 2016, after which he plans to live in a city and hopefully exchange labor for money. He’s both skeptical about the future and optimistic that he’ll probably be dead before it gets too bad. He grew up in the South, and plans to return only sparingly. In the past, he’s been attacked by a bear and almost drowned in the Indian Ocean. As a designer, he’s worked on the RISD Design Guild, had a few brief stints at Google, and most recently worked with Metahaven on a few radical (in all meanings of the word) projects. He is a cat person.

TALENT YOU WISHED YOU POSSESSED?
The ability to whistle really loudly

IF YOU WERE NOT A DESIGNER, WHAT WOULD YOU DO?
Probably cry myself to sleep

A MANTRA OR SAYING YOU LIVE BY?
It’s the things that count