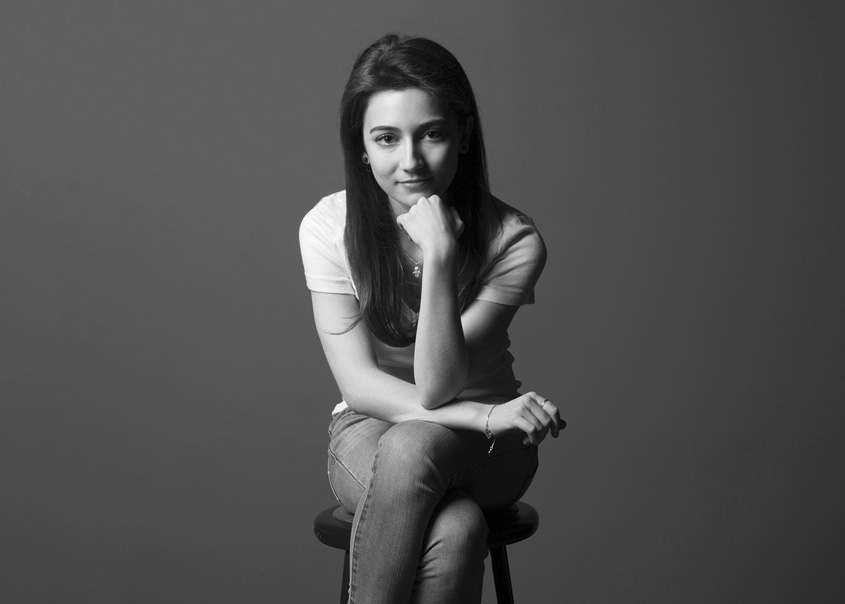 Faith Kaufman is an aspiring Visual and Interaction Designer from Cincinnati OH. She is currently a junior studying Communication Design with a second major in Human Computer Interaction and a minor in Media Design. She has always had a strong passion for creative expression. Faith studied dance and fine arts before she discovered Communication Design, and fell in love with the relationship between form and function. Though she delights in the purely visual, what motivates her most as a designer is bridging the gap between people and information. She aims for her work to be both intuitive and enjoyable.

WHERE WERE YOU BORN AND WHERE DO YOU LIVE NOW?
I was born and raised in Cincinnati OH. I live now in Pittsburgh PA where I go to school.

MORNING PERSON OR NIGHT OWL?
Night owl, for sure.

FICTIONAL OR HISTORICAL CHARACTER YOU’VE ALWAYS IDENTIFIED WITH?
As a kid, I really wanted to be Hermione in Harry Potter and dressed up as her for 3 or 4 Halloweens.

ARE YOU MUSICAL AND/OR DO YOU PLAY AN INSTRUMENT?
I am a very rhythmic person because I used to dance competitively.

ANY PETS?
Used to have a little toy poodle named Misty.

WHAT LANGUAGES ARE YOU FLUENT IN?
English, plus a little Spanish and Kimoji

LAST COMPLIMENT YOU GOT?
On the shade of blue that I’m using for a current project

DO YOU COLLECT ANYTHING?
Rocks and gemstones, clothing tags, collector coins, and lots of art supplies

COLOR USED MOST OFTEN IN YOUR DESIGN?
Pale blue and maroon.

GREATEST STRENGTH/WEAKNESS AS A DESIGNER?
Strength is that I am detail-oriented and meticulous. Weakness is that it is sometimes hard for me to keep the scope of projects small.

IF YOU WERE NOT A DESIGNER, WHAT WOULD YOU BE?
A psychologist, fine artist, or teacher

A MANTRA OR SAYING YOU LIVE BY?
When the going gets tough, the tough get going.