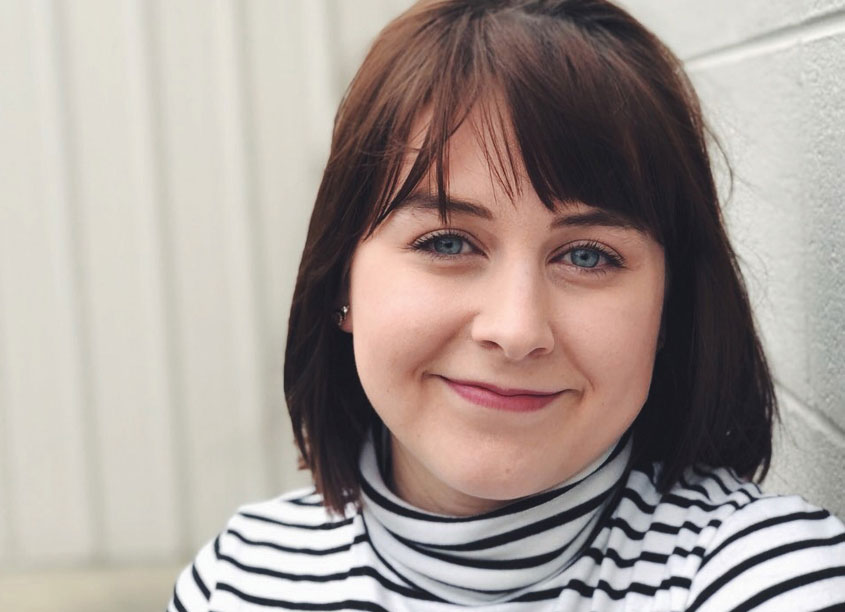 Graphic Design was never on Audrey’s short list. It’s certainly not what she would have said if you had asked her what she wanted to do with her life. But with an engineer for a father, and a fine artist for a mother, it may have been inevitable all along. From creating mini-scenes with her toys as a child, to using the typeface Curlz in rainbow colors to write emails in middle school, to color coding her homework, Audrey has always enjoyed arranging things in exciting and colorful ways. When she found herself in her first design class, she realized she’d been designing her whole life. Even now, her pursuit of order and beauty often takes her beyond official design work to knitting, prop styling, and bookmaking, as well as set dressing for a local theater group. Occasionally, Audrey takes to the stage herself, acting in musical productions and plays. She is a soon-to-be graduate and currently lives in Kennesaw where she has been working in the creative department at Mohawk Industries.

WHERE WERE YOU BORN AND WHERE DO YOU LIVE NOW?
Born in Marietta GA and live in Kennesaw GA

MORNING PERSON OR NIGHT OWL?
A little bit of both

FICTIONAL OR HISTORICAL CHARACTER YOU IDENTIFY WITH?
Michael Scott

FAVORITE MOVIE?
The Empire Strikes Back

FAVORITE TYPE OF MUSIC?
A little bit of everything. Mostly indie music, but I can get down to some Taylor Swift too.

IF YOU WERE NOT A DESIGNER…?
Musical theater or costume design