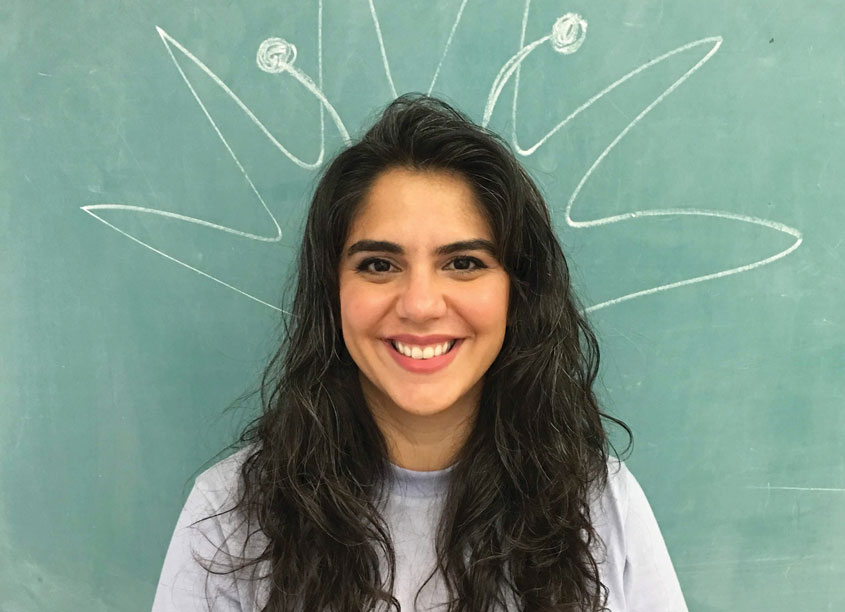 Elaine Lopez was born in Miami FL to recently-arrived Cuban immigrants. Shortly after earning a BFA in graphic design from the University of Florida in 2007, Elaine moved to Chicago. There she began her career as an art director at full-service agency Leo Burnett. After three years, Elaine shifted toward the human-centered design field, accepting a position as a communications designer at gravitytank where she helped design new products and services for global clients. Later, as Design Lead at Greater Good Studio, she helped mission-based organizations address challenging social issues like childhood literacy and education reform. In 2017, Elaine collaborated with Thirst Design to revive designer Paul Rand’s brand for Columbus, Indiana. Outside of work, she served as the Diversity and Inclusion Lead for AIGA Chicago to combat inequality in the design field. At RISD, Elaine is pursuing an MFA and exploring the intersection of research, design, cultural diversity, and social equity.

WHERE WERE YOU BORN AND WHERE DO YOU LIVE NOW?
Miami, FL to Chicago, IL to Providence RI

FICTIONAL OR HISTORICAL CHARACTER YOU IDENTIFY WITH?
Harriet Tubman

LAST BOOK YOU READ?
Good and Mad: The Revolutionary Power of Women’s Anger by Rebecca Traister

IF YOU WERE NOT A DESIGNER, WHAT WOULD YOU BE?
Hairstylist/Makeup Artist

A MANTRA OR SAYING YOU LIVE BY?
“The role of the designer is basically that of a good host, anticipating the needs of the guest.” – Charles Eames