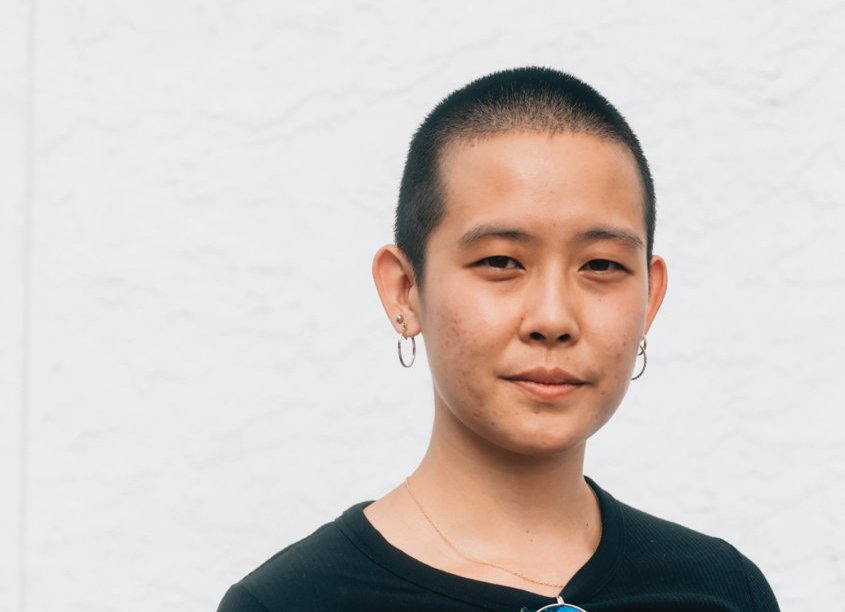 SCHOOL OF THE ART INSTITUTE OF CHICAGO (SAIC)

Anna Cai (they/them) is an Asian American designer who tells stories that explore identity through costume design, performance art, film, graphic design, and print media. Originally from Memphis TN, they have created for audiences in Indonesia, China, Lesotho, South Africa, and the United States. They earned their BS in Architecture from the University of Virginia in 2016, and shortly after, relocated to Lesotho where they served as a Peace Corps volunteer from 2016-2018. They continued working in Lesotho at the intersection of community activism and art until 2020 when they returned to the U.S. They are currently enrolled in the MFA Visual Communication program at the School of the Art Institute of Chicago where they are immersed in rituals of play around how history and culture is preserved.

WHAT MAKES YOU FEEL INSPIRED?

I’m inspired by the vibrant community of artists and thinkers of color around me who are interested in practices of magic, imagination and play to destroy what doesn’t serve us, to heal, and to invent.

I would love to collaborate with my favorite creators to create a circus: an immersive show with sound design, light design, drag, trapeze, projection, set design, and costumes.