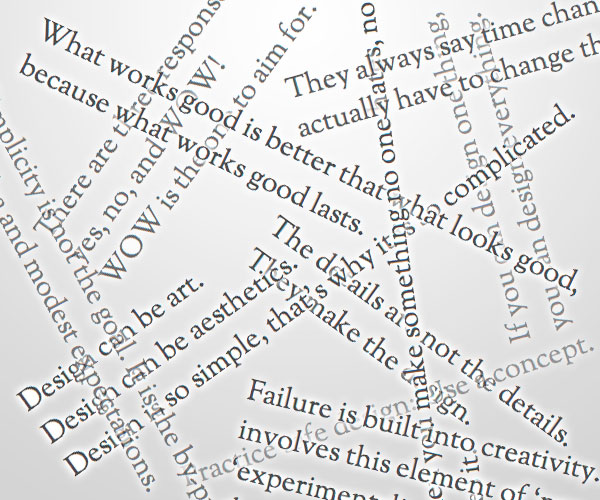 There are three responses to a piece of design — yes, no, and WOW!
WOW is the one to aim for.

– Milton Glaser, named the Most Influential Graphic Designer of the Past 50 Years

The details are not the details.
They make the design.

— Massimo Vignelli, named one of the Most Influential Designers of the Past 50 Years

Practice safe design: Use a concept.

Simplicity is not the goal. It is the by-product of a good idea and modest expectations.

When you make something no one hates, no one loves it.

They always say time changes things, but you actually have to change them yourself.

Failure is built into creativity… the creative act involves this element of ‘newness’ and ‘experimentalism,’ then one must expect and accept the possibility of failure.