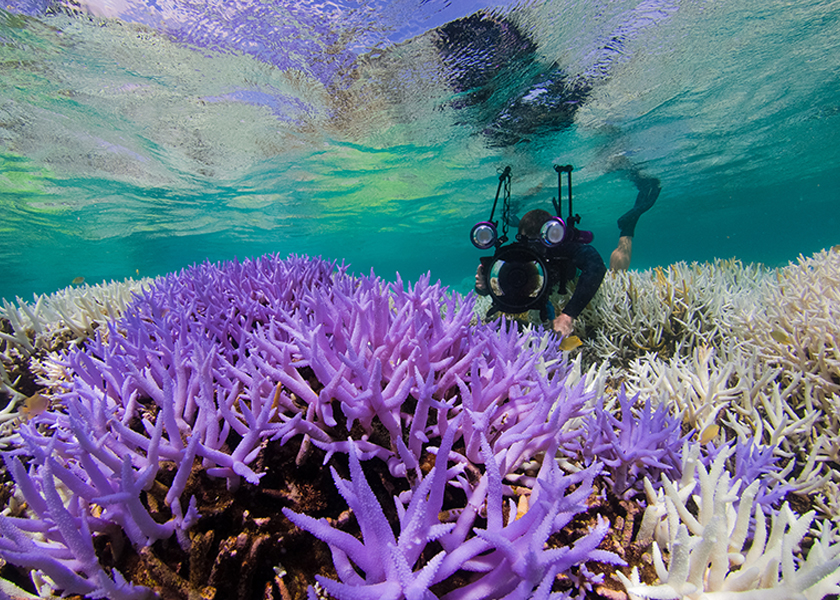 The Pantone Color Institute™ named Living Coral the Color of the Year for 2019, an effervescent and energizing hue that calls to mind vibrant undersea ecosystems. “One of the biggest trends we are seeing today is the desire to spend time in nature and concerns about the long-term sustainability of our planet, something which is manifesting itself into the color stories proliferating throughout design,” says Laurie Pressman, vice president of the Pantone Color Institute.

Coral reefs are a vital part of marine life, supporting over a quarter of all life under the sea, and they are in peril. Thus, Adobe Stock is partnering with Pantone and nonprofit organization (and exclusive Adobe Stock contributor) The Ocean Agency on a campaign called Glowing Glowing Gone to raise awareness and support necessary to save coral reefs. 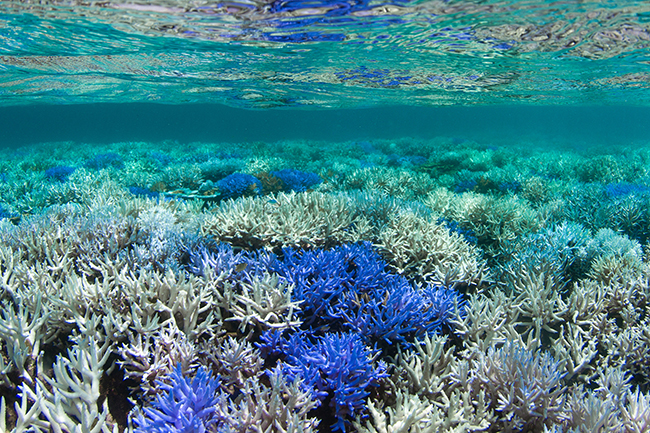 In 2016, The Ocean Agency photographed one of the most spectacular and rarest sights in nature while filming the Emmy Award-winning documentary Chasing Coral. A coral reef in New Caledonia was “glowing” in incredibly vivid colors. Corals produce brightly colored chemicals as a kind of sunscreen against fatally high water temperatures and sun exposure. This glowing phenomenon, called coral fluorescence, is a final line of defense before the coral dies and bleaches to white. It’s been described as a most beautiful death. “Only a handful of people have ever witnessed the highly visual spectacle of corals ‘glowing’ in vibrant colors in a desperate bid to survive underwater heat waves,” says Richard Vevers, founder of The Ocean Agency. “Yet this phenomenon is arguably the ultimate indicator of one of our greatest environmental challenges — ocean warming and the loss of coral reefs.” 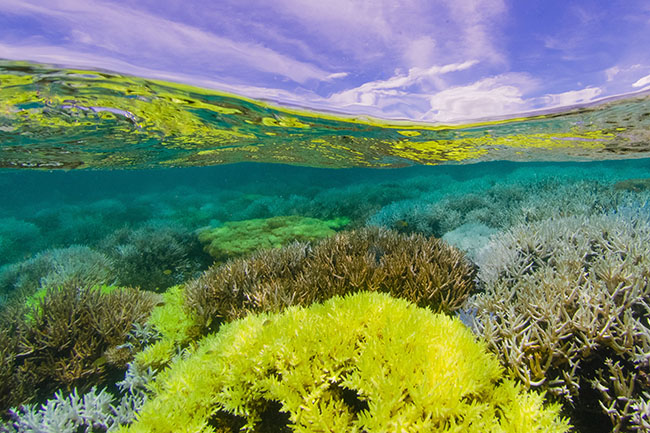 To bring awareness of the dire circumstances of coral to surface level, Adobe Stock is collaborating with the Pantone Color Institute and The Ocean Agency to capture the exact hues of coral fluorescence: PANTONE Glowing Yellow, PANTONE Glowing Blue, and PANTONE Glowing Purple. Using Adobe Color’s powerful color engine, the company  extracted the specific fluorescing LAB values from The Ocean Agency’s images on Adobe Stock and converted them to RGB and, in turn, converted the digital values into Pantone Color Standards and selected the custom palette that would ultimately become the colors of climate change. Following in the footsteps of Living Coral, the colors described as Glowing Yellow, Glowing Blue, and Glowing Purple beckon viewers to recognize the challenge to the Earth’s major ecosystems.all of the proceeds from the sales of The Ocean Agency’s Adobe Stock portfolio go to supporting the foundation’s mission to protect our oceans.

Concludes Adobe:  “As we explored in our Visual Trend Brand Stand, consumers are increasingly demanding that brands communicate their role in social and environmental issues. Brand loyalty now depends on this stance with visuals at the forefront of effective messaging. Our creative collaboration challenges brands and industries to adopt and use these colors, as well as the stock images provided by The Ocean Agency in order to share the ocean’s warning and raise awareness around the need to take action above sea level.” More details of the recently launched “challenge” can be found at glowing.org.

More details of the challenge, launching June 3, can be found at glowing.org.