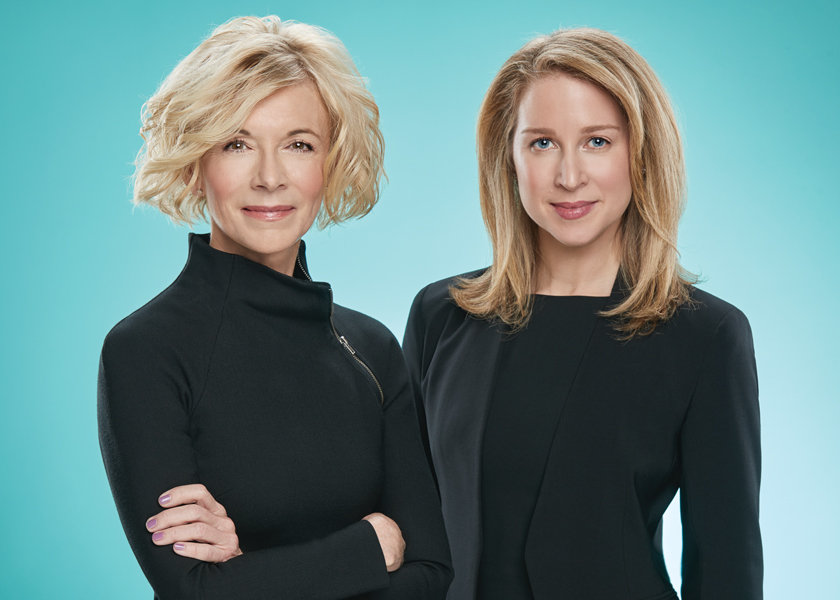 Lynda Decker and Heather Stern are co-chairs of AIGA’s Women Lead Initiative and the duo have an ambitious goal: to double the number of female designers in leadership positions over the next two years. 60% of design school graduates are female, they note, yet the number of women in positions with the title creative director or above is around 11%.

“We don’t have a pipeline problem, we have a promotion problem — and a retention problem,” they said. “We have many women leaving corporations or agencies after five or ten years because they experience a lack of motherhood support, mentorship and/or equal pay. Implicit and explicit biases are rampant and women often don’t feel empowered to negotiate the pay and position they deserve. Recent news reports are illustrating the problems of harassment that have been covered up for decades. Data published by the Harvard Business Review indicates the solution is to promote more women to leadership positions.

“With so many corporations recognizing the importance of design to their business strategy, we are seeing growth in the number of designers working in-house. It’s important to acknowledge what is happening to half the talent pool and address these challenges with decisive action.”

AIGA national board president, Su Matthews Hale and Deborah Adler co-founded the Women Lead Initiative in 2014. Last year, in collaboration with Disrupt Design, they led the creation of AIGA’s Gender Equity Toolkit, an engaging and educational card game that explores some of the structural forces that are preventing women from achieving equitable access to leadership positions. The activities in the toolkit have been designed for both men and women interested in increasing their empathy, understanding, and leadership capabilities.

“The kit was our first accomplishment and remains an important catalyst—it raises awareness of unconscious biases. But we need more,” they said. “We are at a moment where there is a sea change in how women are viewed in the workplace.”

Through the campaign, WLI will offer tools and training to help female designers grow their business skills. It will also celebrate top female designers so others can learn from their journeys. Finally, the campaign will appeal to corporations with large in-house design teams, urging them to make meaningful changes in the workplace to create more opportunities for female designers.

“Whether a member is looking to improve their skills or support others on their path to leadership, our goal is to provide access to that content. There are also many men who sponsor and mentor women and we want to make their stories known and encourage other men to replicate their behavior.”

Pentagram’s Emily Oberman will design the campaign’s visual identity and will be working with a coalition of other design leaders to create new platforms to support distribution of information, inspiration, and resources for members. “This is just the beginning,” the pair stated. “We want to create a movement.”