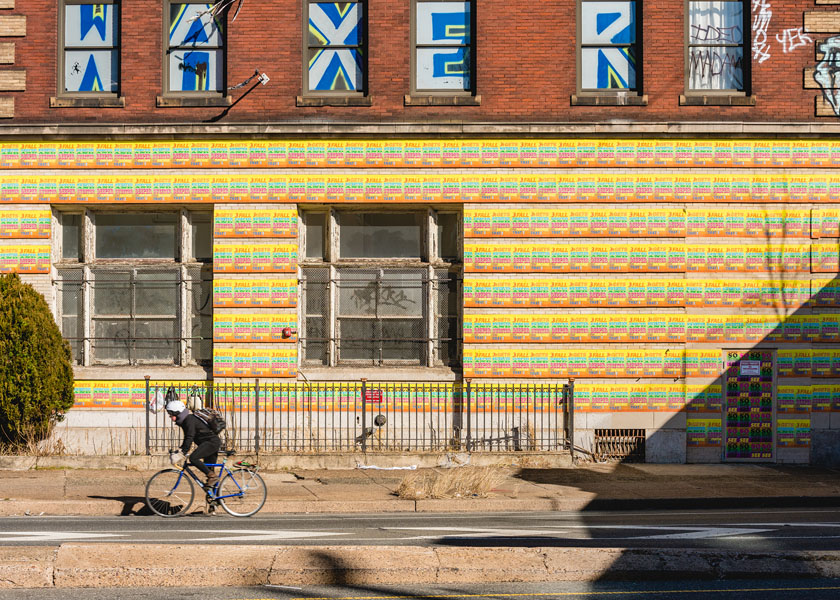 The Barnes Foundation is presenting Person of the Crowd: The Contemporary Art of Flânerie, an exhibition featuring the work of more than 50 U.S. and international artists who have taken to the street throughout the post-war period to speak to issues as diverse as gentrification, gender politics, globalization, racism, and homelessness. Person of the Crowd, on view February 25 through May 22, features works, new performances, and historical pieces by Marina Abramović, Vito Acconci, Eleanor Antin, Constant, David Hammons, and Zhang Huan, among many others. 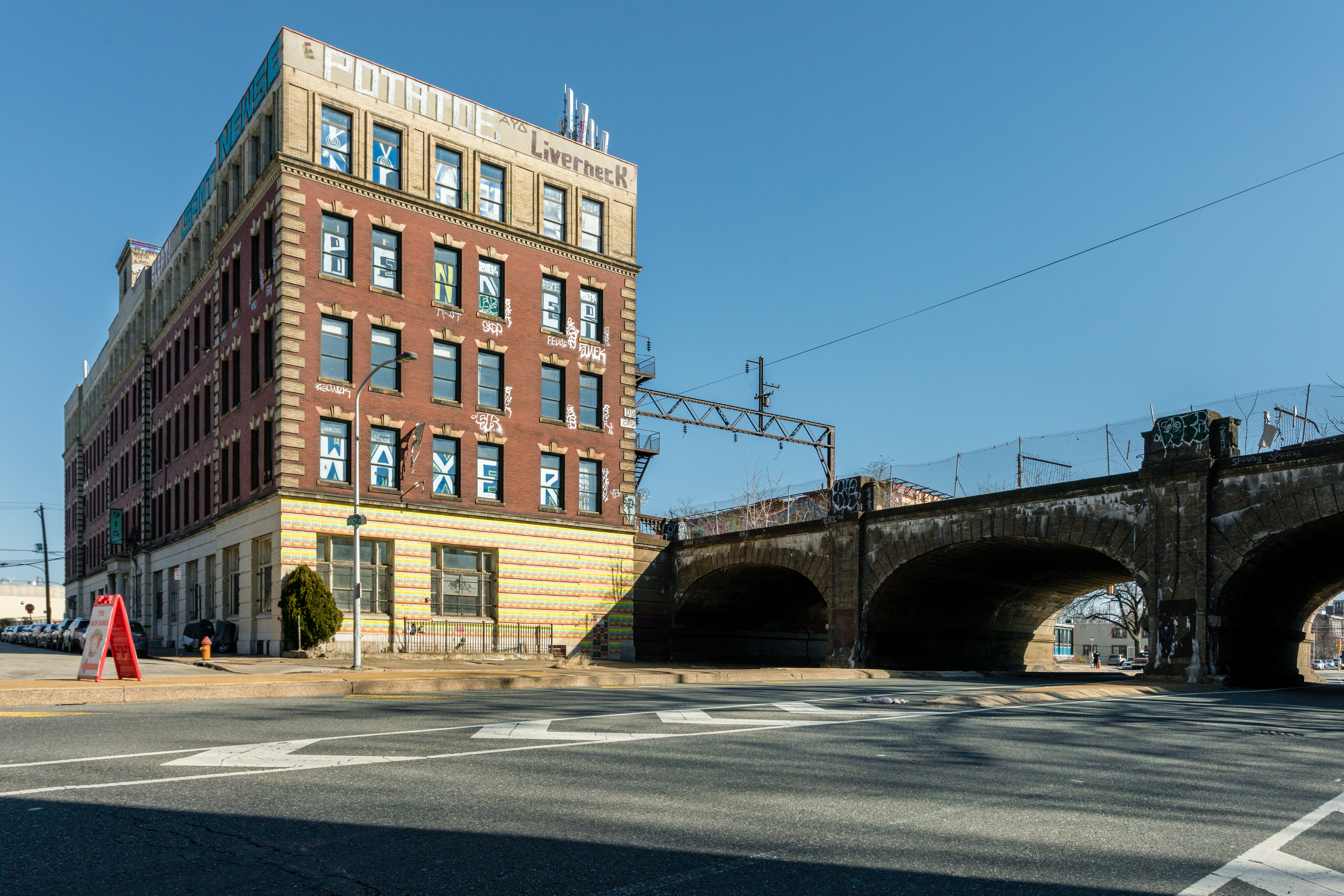 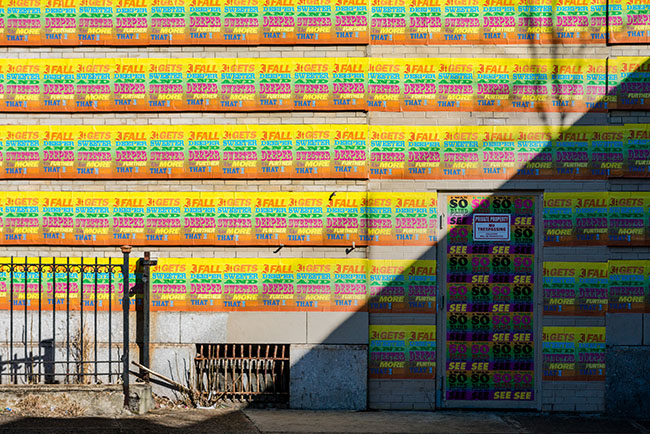 The lineup includes graphic designer Allan Espiritu of GDLOFT whose work, say Barnes Foundation officials, “situates itself at the intersection of graphic design and fine art, and raises provocative questions about the commodification and fetishization of desire.” The exhibition includes three installations from Espiritu’s Over and Over series, in which he uses pop lyrics to explore ideas of psychological control and the aesthetics of desire, consumption, and saturation. 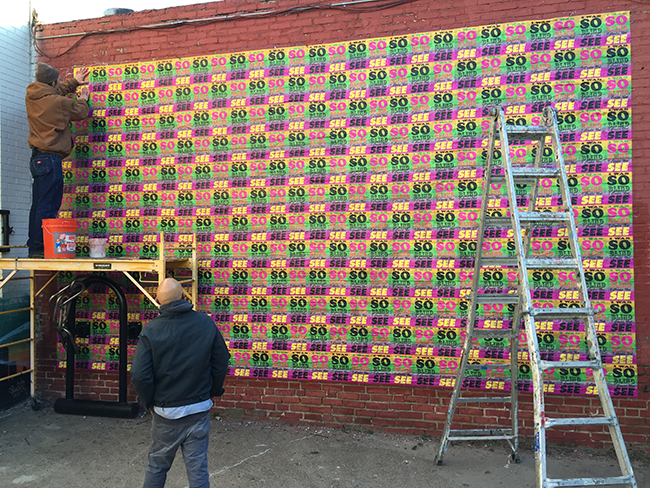 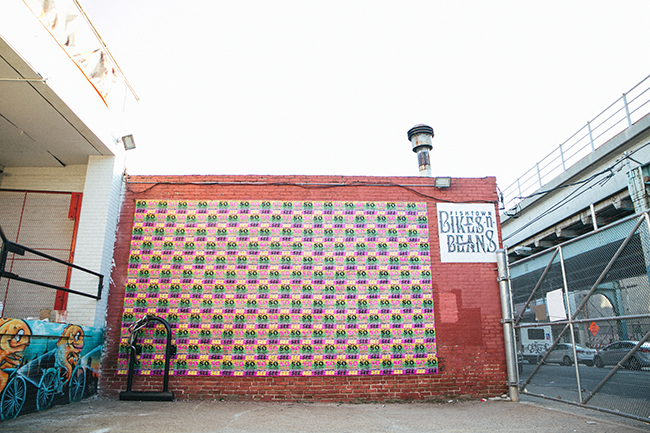 The works avoid traditional pictorial representation, instead choosing language and typography as the mode of expression while visually referencing the over-saturated, repetitively abundant American pop culture landscape that bombards people everyday. Espiritu is the founder of GDLOFT, currently heads the Graphic Design concentration program at Rutgers University-Camden, and served from 2010 to 2012 as President of the AIGA Philadelphia Chapter.

Major support for the exhibition has been provided by The Pew Center for Arts & Heritage, with additional support from Comcast NBCUniversal, the individual contributors to the Barnes Foundation Exhibition Fund, the Jill and Sheldon Bonovitz Exhibition Fund, the Horace W. Goldsmith Foundation, and the Dolfinger-McMahon Foundation. The flâneur (“stroller”) is a figure who takes to the streets, wandering far and wide with no fixed itinerary, and gathers clues to the nature of modern experience by observing the physical fabric of the burgeoning industrial city, its inhabitants and their public activities.