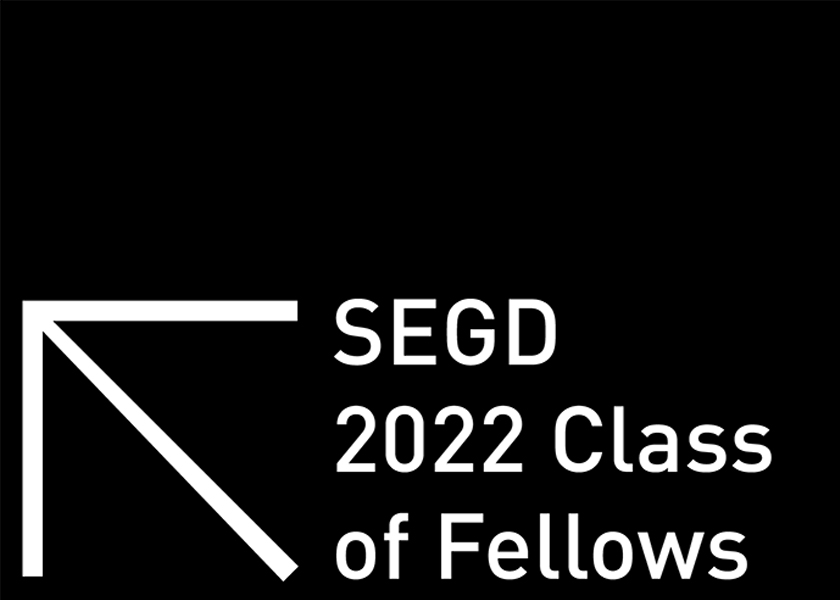 A class of Fellows has been selected for the first time in the Society for Experiential Graphic Design 49-year history. SEGD established the Fellow Award in 1987 and every year recognizes the professions’s laureates: those who are honored for creating a body of work and design leadership that epitomizes the highest standards of practice in the field of experiential and/or environmental graphic design. SEGD has now announced the first class of 2022 Fellows: Julie Beeler & Brad Johnson (Second Story), Michael Gericke (Pentagram) and Alan Jacobson (Exit Design & J2); who will join the ranks of 44 SEGD Fellows, including Sylvia Harris, Ed Schlossberg, Paula Scher, Massimo Vignelli, Deborah Sussman, Lance Wyman and Denise Scott Brown to name a few. 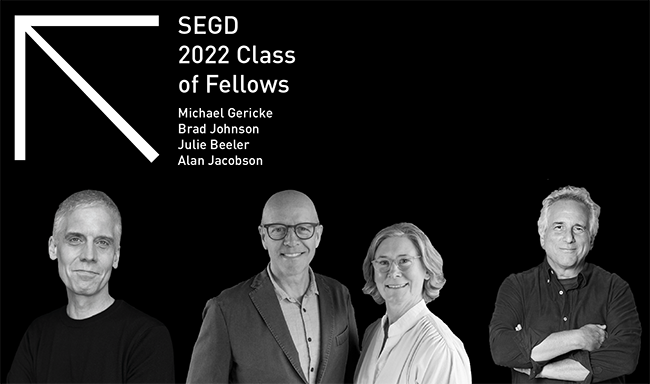 In recommending this class of Fellows for confirmation, SEGD Fellow Committee Chair Michael Reed, FSEGD, stated that “these individuals’ accomplishments and contributions to the practice and advancement of experiential graphics design exemplify the highest ideas in uniquely different aspects of practice and leadership. Today’s class of Fellows represent the breadth and depth of our growing community.” On June 18, the 2022 SEGD Class of Fellows will be honored at the 2022 SEGD Conference in Portland OR.