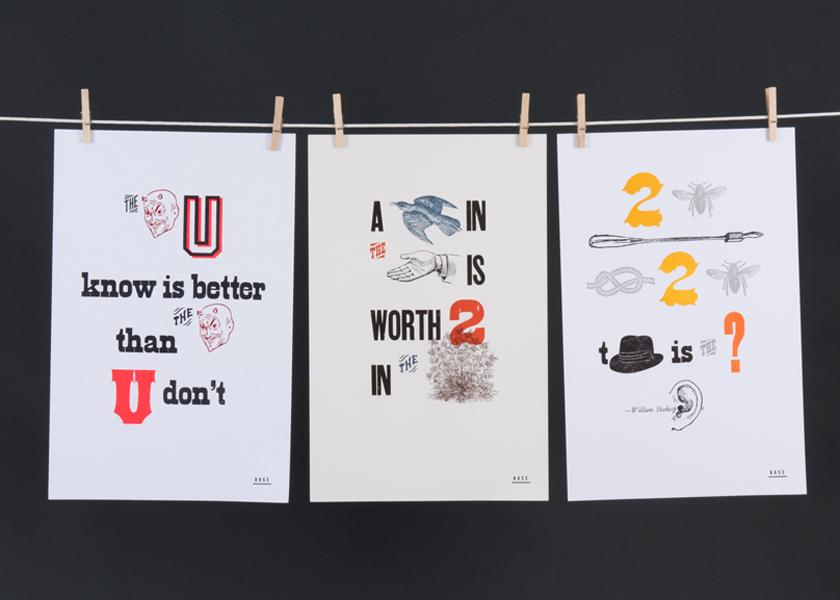 Baseman Design Associates and its newly launched letterpress shop BasePress will be having an exhibition at Penn State University, where Creative Director and Principal Frank Baseman studied graphic design as an undergraduate. The show, called Rebus Quotes and Other Typographic Explorations, takes place September 22 – October 27, with a gallery talk on Friday September 22. 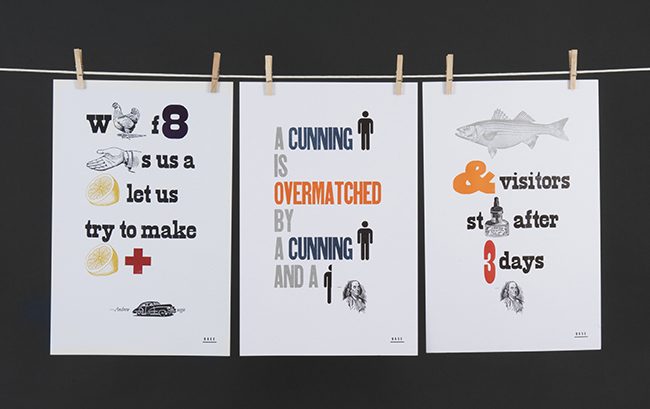 The project brings together two of Baseman’s favorite long-term interests:  letterpress printing and rebuses, those words and images coming together to make a visual puzzle. In a playful manner, Baseman has reinterpreted well-known quotes and phrases using rebuses, and all of the quotes have been printed by hand with a vintage letterpress. Also on display are several typographic explorations and additional projects from Baseman’s three-decade-plus professional practice.  Baseman has been a recipient of the AIGA Philadelphia Fellows Award, a national board member for the AIGA, and has been named one of the most influential designers of the era by GDUSA. He also serves as director of the Graphic Design Communication program at Jefferson (Philadelphia University + Thomas Jefferson University), and has recently released a redesign site for his design firm site as well as for his letterpress shop. 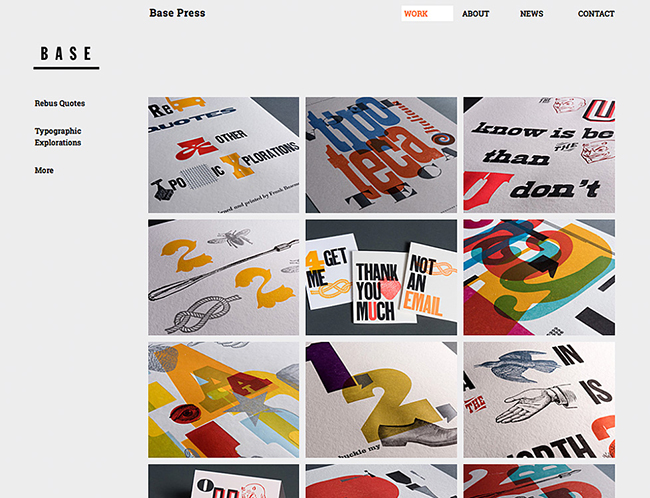