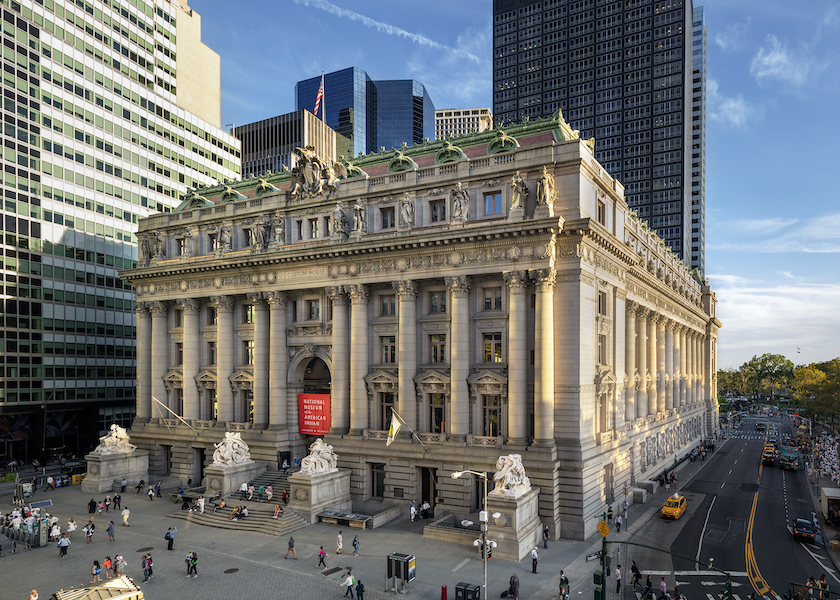 The newest long term exhibition at the Smithsonian National Museum of the American Indian/George Gustav Heye Center in Manhattan is Native New York.  Exhibit, media and graphic design is provided by C&G Partners.

The designers conceived of the exhibit as a walk-in graphic novel, aimed especially at school groups and families. The galleries take visitors on a journey along a 400-mile trail, with the path spanning five centuries and 12 stops from Long Island through Manhattan to Niagara Falls. Blending Native objects with interactive media, all wrapped in theatrical design techniques, the experience asks: What does it mean to be a Native New Yorker? 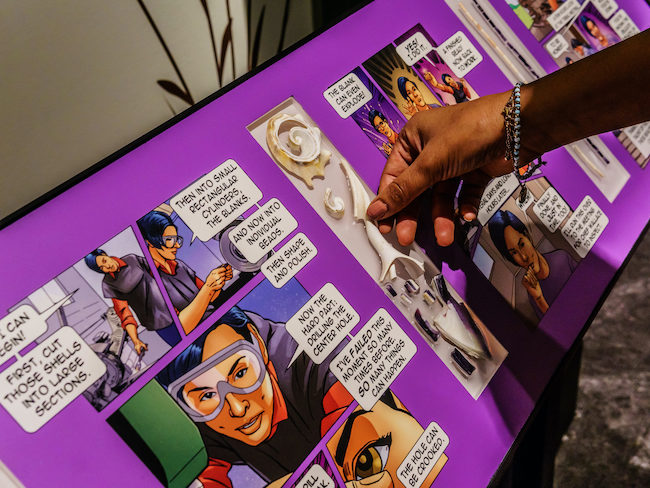 Custom illustrations throughout the exhibit were commissioned by the Museum from Native graphic novel creators, often directly paired with hands-on touchable elements drawn from each story.

Multiple kinds of maps are used throughout the project, both to orient visitors to where they are as they move along the trail, and to tell historical stories of Native people across centuries. Effects exist all around the visitor, including a light show that tells stories of the seafaring traditions of Shinnecock Nation, which is today located inside the Hamptons region of Long Island, east of New York City. 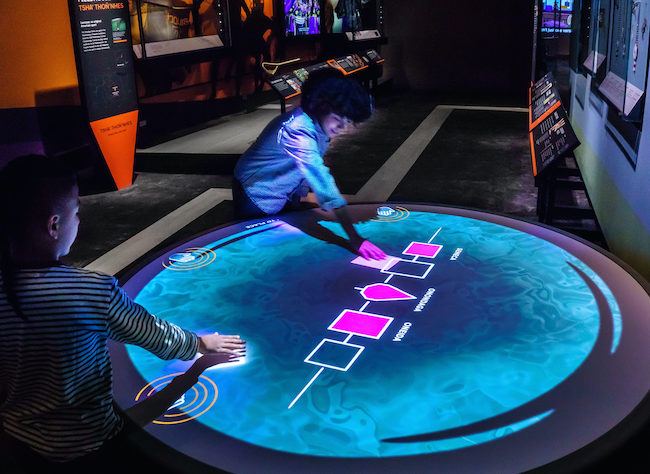 The media in the exhibition aims to build an immersive feeling. Unusual techniques include projections that are double-sided, shows mapped as “magic paintings” onto sculptural picture frames, and digital experiences activated through gestures. The geometries found in the Native New York logo pay tribute to Native American “treaty belts” used to record historical events.