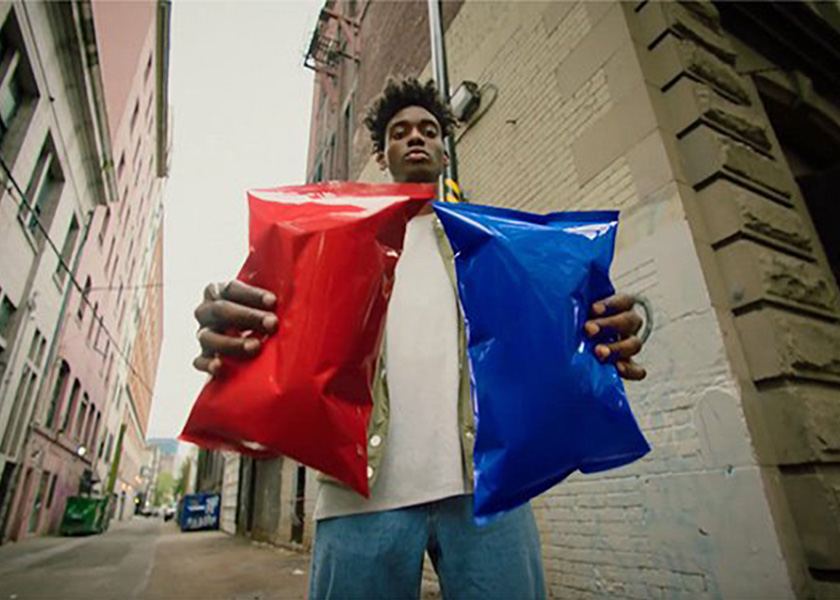 In recent years, advertisers have shifted their tactics to address consumers’ growing skepticism about marketing, trying to become more authentic, often by acknowledging or playing to the skepticism. This fall, Doritos is continuing in this spirit by dropping its logo from a new advertising campaign by Goodby Silverstein & Partners entitled “Another Level.”  A new spot called “Anti-Ad” debuted on MTV’s Video Music Awards in which the brand admits that it is sponsoring a paid message — “no logos, no jingles, no gimmicks” — but doesn’t identify itself.  Rather, a voiceover announces a “chip so iconic, we don’t need to name it.”  The spot features blurry images of the brand’s packaging, plain red and blue bags, and multiple scenes of Doritos’ triangular silhouettes. 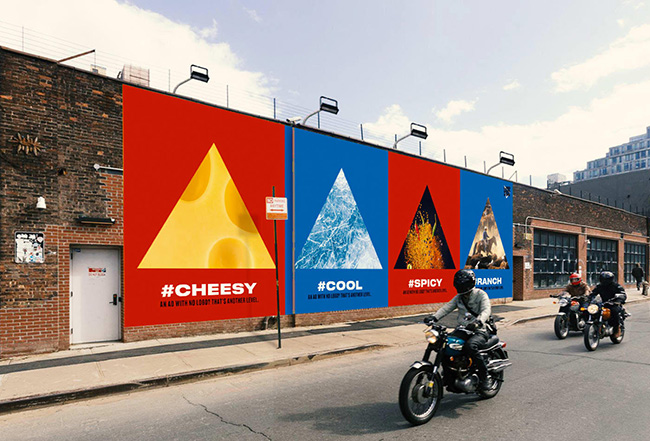 Along with the ad, Doritos is running out-of-home ads featuring the triangular shapes sans logos in the hopes that consumers will figure it out for themselves. Social channels feature unbranded triangular images and the Doritos’ website is with LogoGoesHere.com, and a Snapchat lens that invites viewers to participate and triangulate. 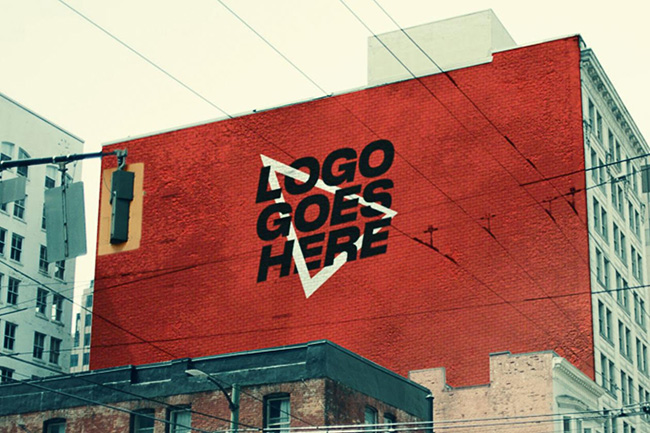