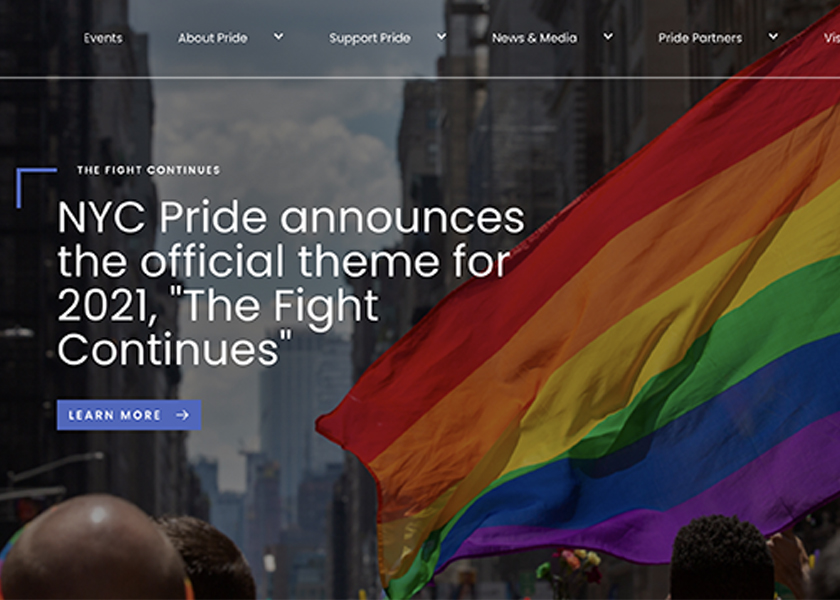 After a year in which events were predominantly virtual, Heritage of Pride, the non-profit that plans and produces NYC’s official LBGTQIA+ Pride events each year, reached out to digital agency CANVAS United to re-envision a web experience that embodied a humanistic sensibility where critical information pertaining to events were front and center, along with a simplified navigation system for intuitive and helpful fact finding.

CANVAS United’s partnership with Heritage of Pride dates back to 2019, the milestone year in which they were selected to host NYC pride events commemorating both the 50th anniversary of the Stonewall Uprising and WorldPride. In support of that moment, CANVAS closely collaborated with Heritage of Pride to create a web experience telling the NYC pride story and welcoming event-goers from all over the world. Creative credits include Creative Director Taua Baccarin; Integrated Project Manager Kayla Jowski; Digital Art Director Santos Enriquez; Junior Designer Rachel Werner; and Developers Jaytel Provence and Cameron Flett.