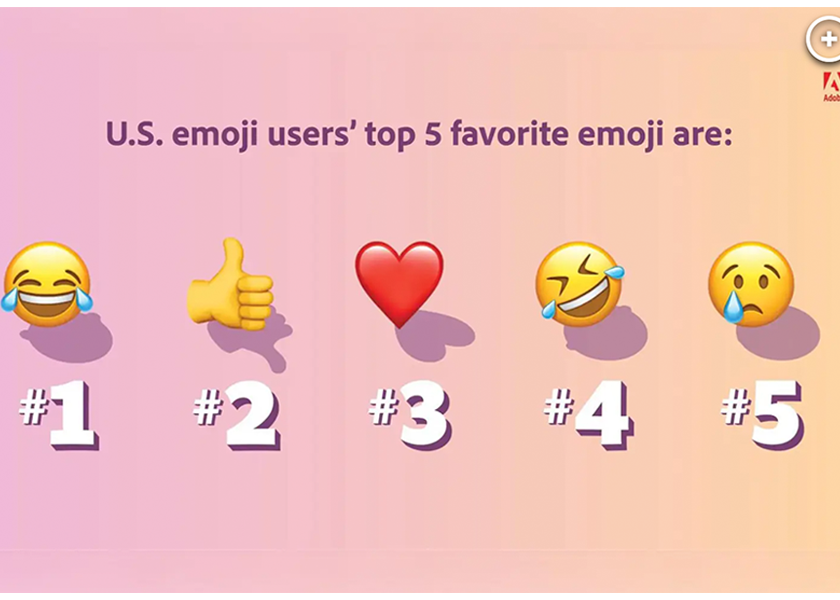 Adobe has released its US Emoji Trend Report, looking at the role and impact of emoji in digital communication. The report, based on a survey of 5,000, finds that 91% of US emoji users agree emoji make it easier to express themselves and 71% agree inclusive emoji can help spark positive conversations about cultural and social issues. 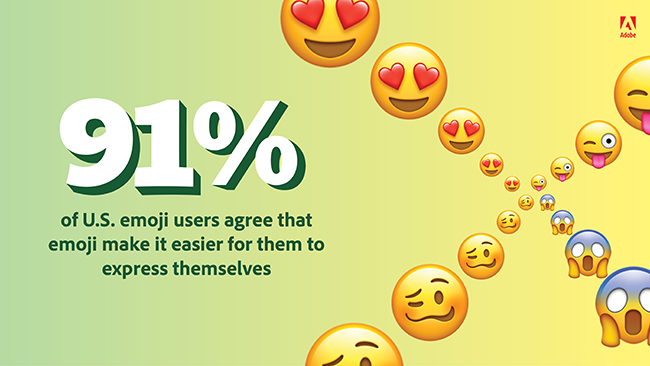 The majority of US emoji users agree we should strive for more inclusive emoji representation (83%), which is in line with the release of Unicode 15.0, which will introduce new emoji including the maracas, flute, khanda, hair pick, pink heart and folding hand fan. States Adobe: “US emoji users see significant benefits from including emoji in their digital messaging… This fun, fast and friendly form of communication has transformed the way Americans express themselves and continues to push the boundaries on how U.S. emoji users bridge conversations across age, race, culture and beyond.”

Among the report’s findings: 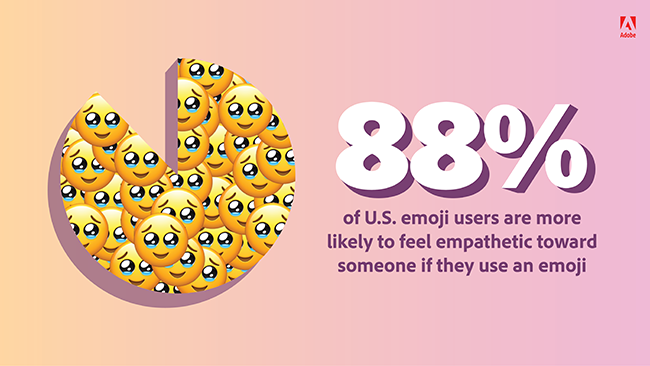 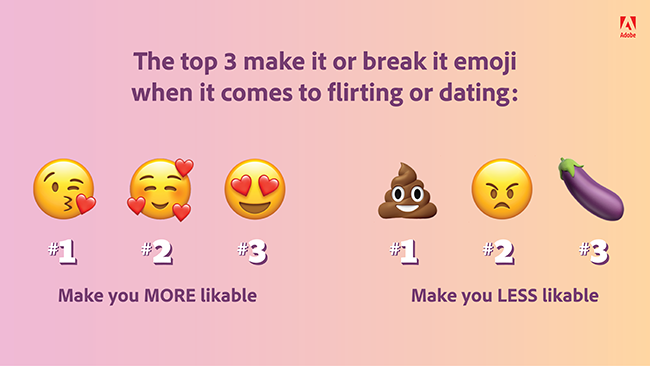 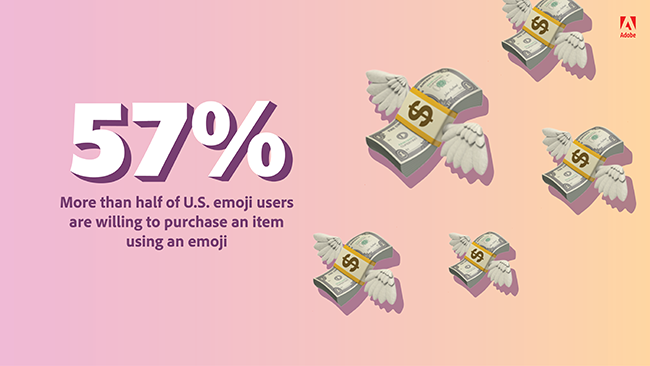 “As a visual form of communication, emoji help fill the emotional gaps when representing ourselves online and help us communicate our personal identities, thoughts and feelings in ways words often cannot,” said Paul D. Hunt, typeface designer and font developer at Adobe.