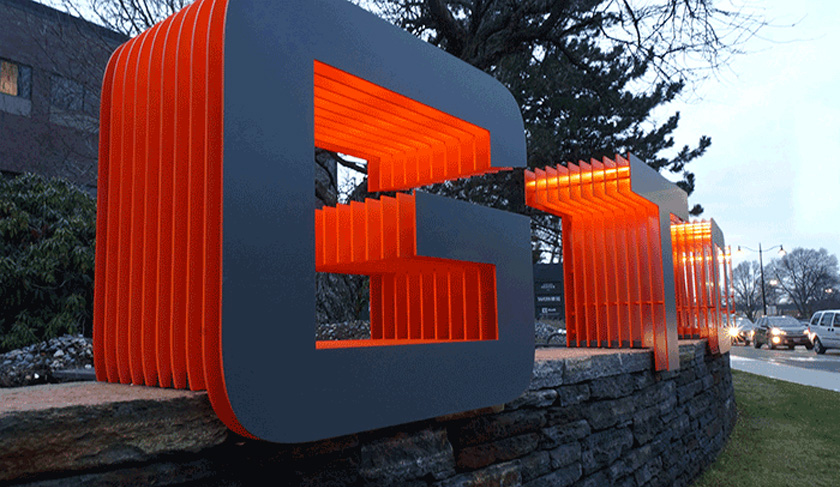 The District Burlington is a 54-acre office complex in Burlington MA, part of the Route 128 high tech corridor. Previously called the New England Executive Park, the development was built in the 1960s through the 1980s, and the facilities showed their age. National Development, the new owner, reposition the complex by adding shopping, dining, and lifestyle options to create a modern office park with urban amenities and an emphasis on employee well-being. 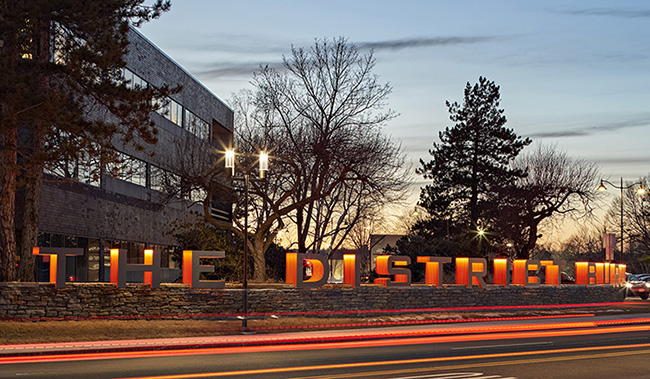 In that spirit, Poulin + Morris created a comprehensive approach to presenting information with dimensionality; nothing is flat or conventional. “Our goal for The District Burlington was to create a program that clearly declares ‘This is a modern workplace,’” says principal Richard Poulin. As you approach the gateway, the name  appears in three-foot-high letterforms that appear integrated with flanking stone walls. 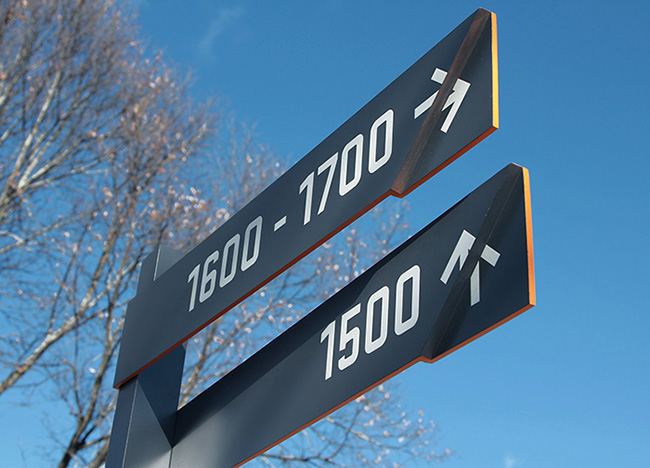 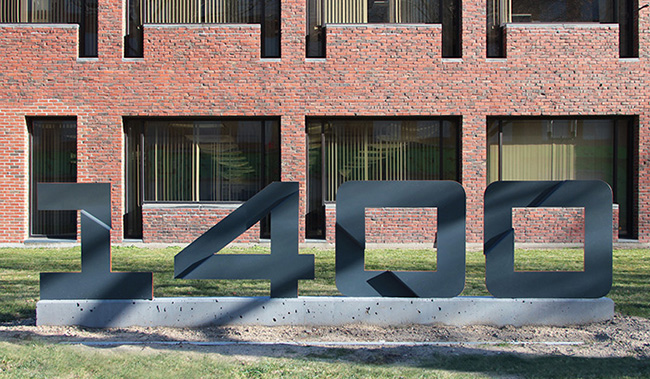 Each individual letter form is comprised of multiple aluminum fins with interior LED illumination that produces an orange glow at night. Identification signs, building address identification signs, commercial and retail tenant directories, and street signs are all made distinctive by a fold in the metal, a three-dimensional interpretation of the distinctive diagonal slash evident in logotype.