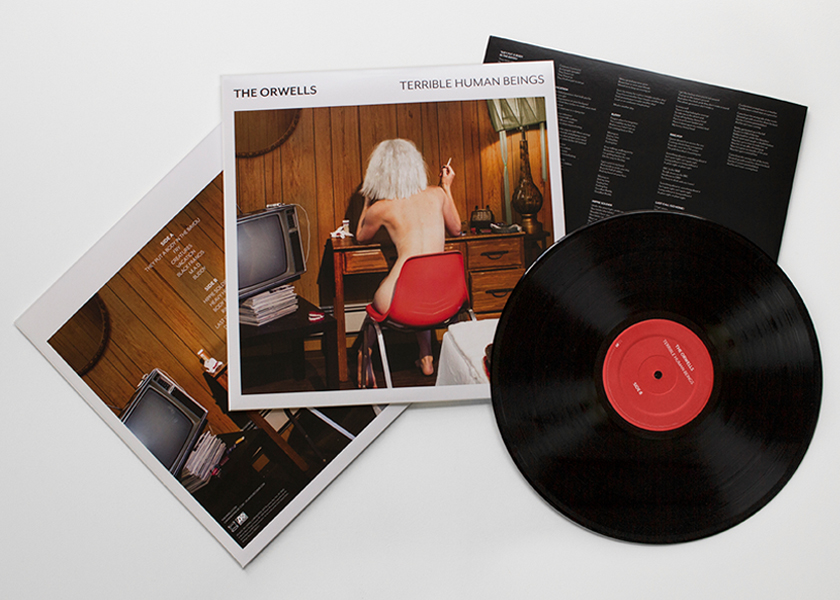 With the release of their third album Terrible Human Beings, American rock band The Orwells were looking for an album cover that would tell a story. They turned to O’Keefe Reinhard & Paul to help them bring their lyrics and music to life through design and imagery. The OKRP design team created a variety of mood boards of imagery based on song lyrics and input from the band and, as the process evolved, the band decided it wanted a look that was somewhat dark and bizarre without being over the top. “The process of designing an album cover is highly collaborative – like being in a band. Our challenge was to create a visual voice for an album that is representative of more than just a signature song, but that evokes a time, a place and mood,” explained Matt Reinhard, Chief Creative Officer at OKRP.

In the end, the band decided they wanted the cover to suggest the scene of a crime as a reference to its title track “They Put a Body in the Bayou.” San Francisco photographer Kelly Puleio was selected based on a series of compelling photos of people in old motel rooms – a vibe that spoke to the band. The end result is provocative imagery set in an old-style hotel room featuring the back of a woman sitting at a desk talking on the phone. Within the frame are many “easter eggs” and hidden icons that relate to the songs and lyrics inside. There are ambiguous messages as well – the woman in the photo is talking on an old land line while a mobile phone is charging on top of a vintage television teetering at the top of a stack of magazines. “Album covers are a throwback to a time when music fans would pour over the designs looking for some meaning to the music,” notes Reinhard. “This cover has mystery to it.” Creative credits include Art Directors Mihai Draganescu and Justine Massa, and the Whiskey & Bananas Design Team.