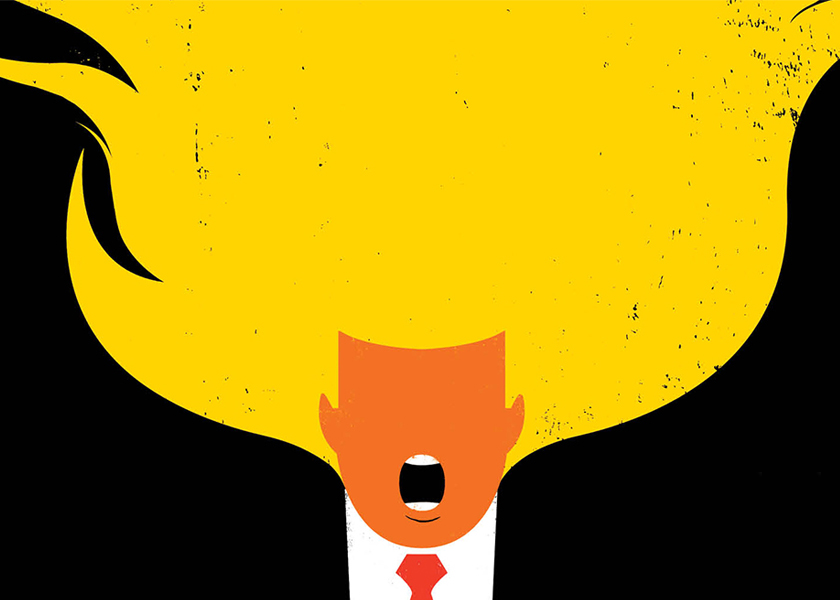 Love him or hate him, everyone will instantly understand the reference in this upcoming Time Magazine cover of President Donald Trump with his hair on fire. Time Inc. says the cover art for the January 22 edition was inspired, in part, by the controversy surrounding author Michael Wolff’s book Fire and Fury: Inside the Trump White House. 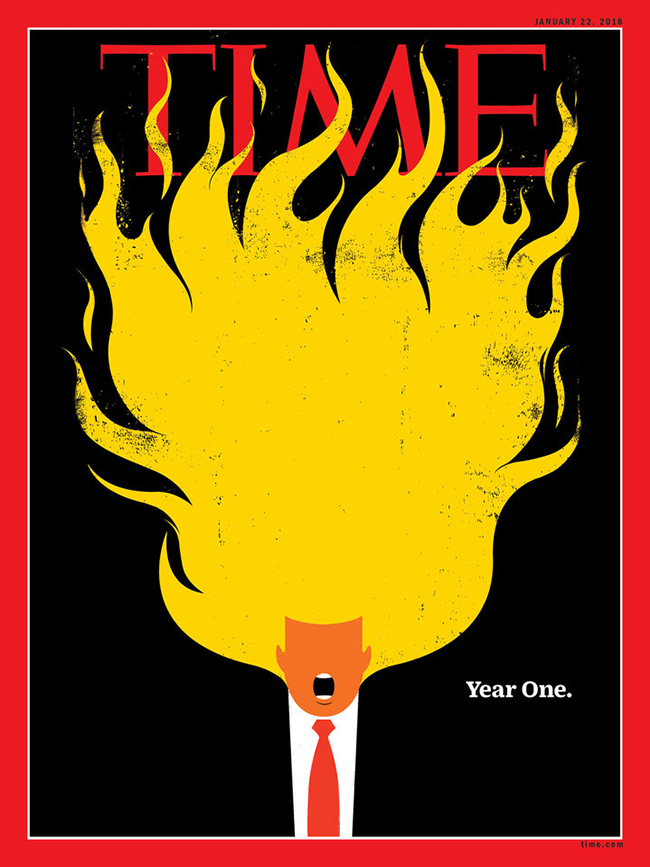 Illustrator Edel Rodriguez, in an interview on the Time website, makes it clear he is no fan of the President: “I got a message from [Creative Director] D.W. Pine that they wanted to do a cover referencing what’s been going on with the Michael Wolff book and also the anniversary of the inauguration, looking back to the past year … We used to live where the United States was a pretty steady country, and now you wake up every day and try to figure out where’s the next fire, where do we have to go, what do we have to try to contain…” Rodriguez is also responsible for other unflattering Trump covers, a couple shown below. 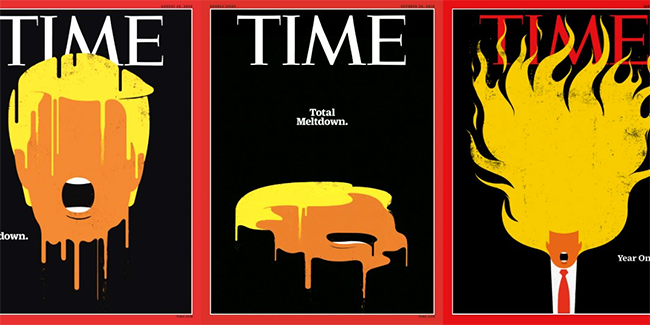