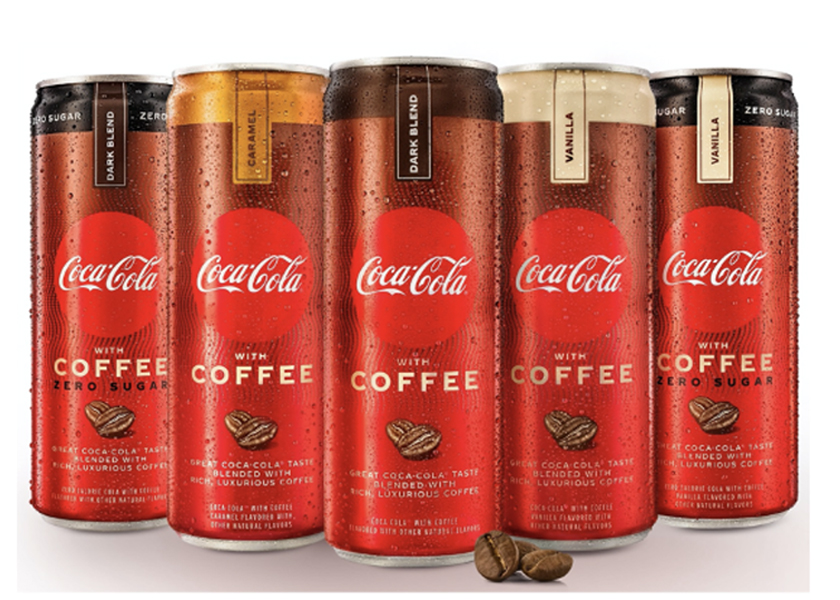 Coca-Cola with Coffee has officially made its US debut. According to the company, the new beverage “sips like a Coke and finishes like a coffee.” This latest offering combines coffee with Coke’s classic soda and is available in three flavors – Dark Blend, Vanilla and Caramel. The new cans are red with a wavy pattern evoking an energy drink, while the circular Coca-Cola logo in white in a red circle on the can is not diluted by other elements. “With Coffee” appears below the mark in off-white lettering as does a photo of  coffee beans. Can tops sport a flavor-themed band that mimics coffeehouse RTD bottles. The cross-category mix, says Jaideep Kibe, vice president, Coca-Cola Trademark, Coca-Cola North America, is “a truly unique hybrid innovation that will pioneer a new category we’re calling refreshment coffee.” 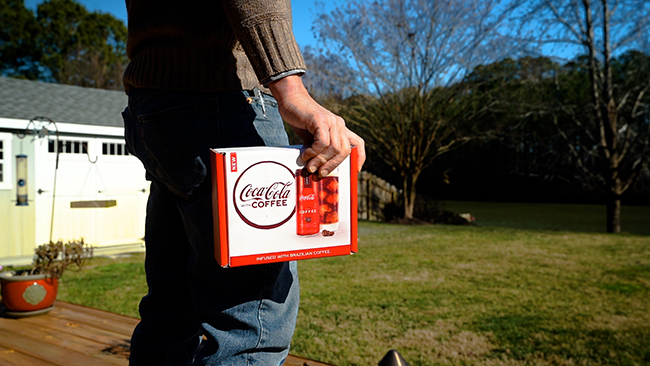