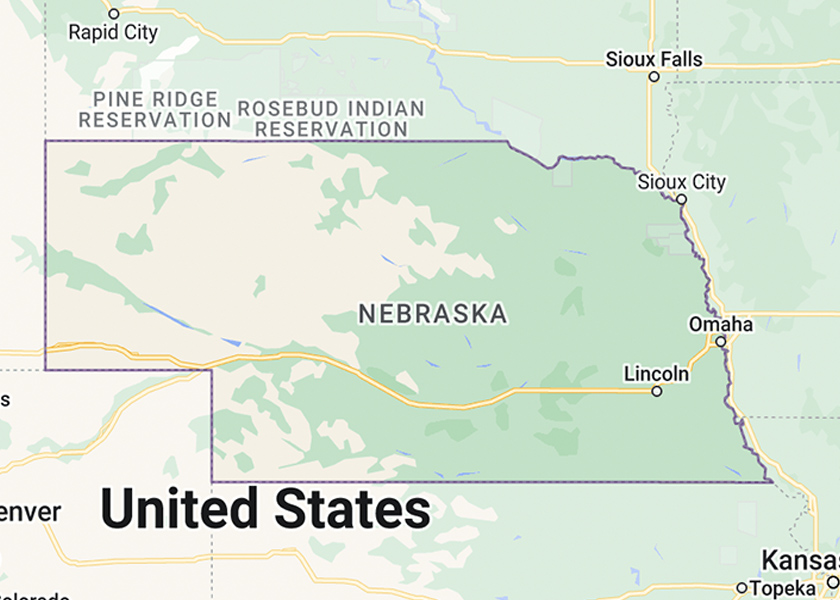 It is only one survey, but new research has revealed that Nebraska is the best state in the US to work as a graphic designer.

The study by Pixlr.com, a leading web-based photo editor used by 10m monthly users, analyzed US Census Bureau data on industry job opportunities, average salary and cost of living in each US state and Washington DC to discover where is best to work as a graphic designer.

In addition, Nebraska has a considerably higher than average number of people working in the profession, with two graphic designer jobs per 1,000 overall jobs in the state – the second highest rate of employment in the country, behind only Washington DC. That, combined with the 13th lowest cost of living in the United States, means that Nebraska is the best place for graphic designers in the country.

Kansas ranks as the second best place to be a graphic designer, thanks to the fourth lowest cost of living in the country, and a median salary of $47,090 for the job, which is 23% higher than the state-wide median of $38,050. It also offers good employment opportunities, with 1.69 of every 1,000 jobs in the state being a graphic designer – above the national average of 1.33 per 1,000.

Minnesota places third on the list as it performs strongly across the board, with a median salary for graphic designers 26% higher than the state median ($60,110 vs $47,590), a cost of living just below the national average, and 1.81 graphic designer jobs per 1,000.

In fourth place Rhode Island has the nation’s fifth highest median salary for graphic designers, at $62,800, which is a full 31% higher than the state’s median wage of $47,780. In addition it has a respectable 1.34 graphic designer roles per 1,000 overall jobs.

At the other end of the scale, Hawaii ranks in last place, with only 0.66 graphic designer jobs per 1,000, and a cost of living that is nearly double the US national average. Alaska ranks 50th out of 51 as it has similarly low numbers of jobs in the profession, and the median salary is barely above the state’s media salary. Rounding out the bottom five, Maine ranks in 49th place, Delaware in 48th and Vermont in 47th.

Commenting on the study, a spokesperson for Pixlr.com said: “Graphic design can be a very attractive career for those who are passionate about design and enjoy using their creativity to solve problems and communicate ideas. As a result it’s fascinating to see how job opportunities and pay vary for the profession across different states, and this data shows that perhaps some unexpected places rank very highly.”

The Census data estimates that there are around 200,400 people working as graphic designers across the US, with the median annual salary standing at $48,940.

The study was conducted by Pixlr, the No 1 in photo editing and design tools which enables users to edit photos and create stunning designs in their browser, phone or desktop for free.