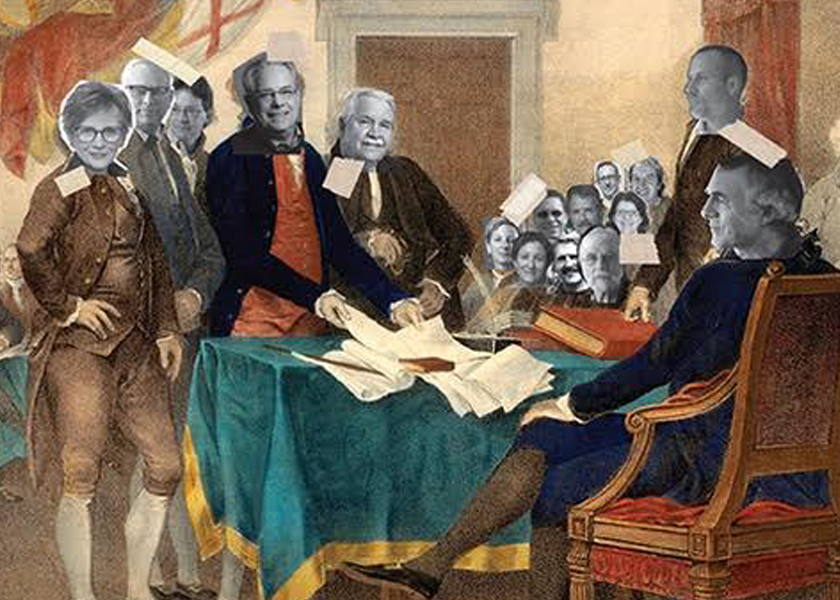 Warkulwiz Design Associates has designed a poster to commemorate AIGA Philadelphia‘s 35th year as the original chapter of the organization. Bob Warkulwiz, the designer and a founding member, is depicted with many prominent Philly designers declaring their independence from the yoke of design control imposed by New York’s gang of autocratic ruling-class. 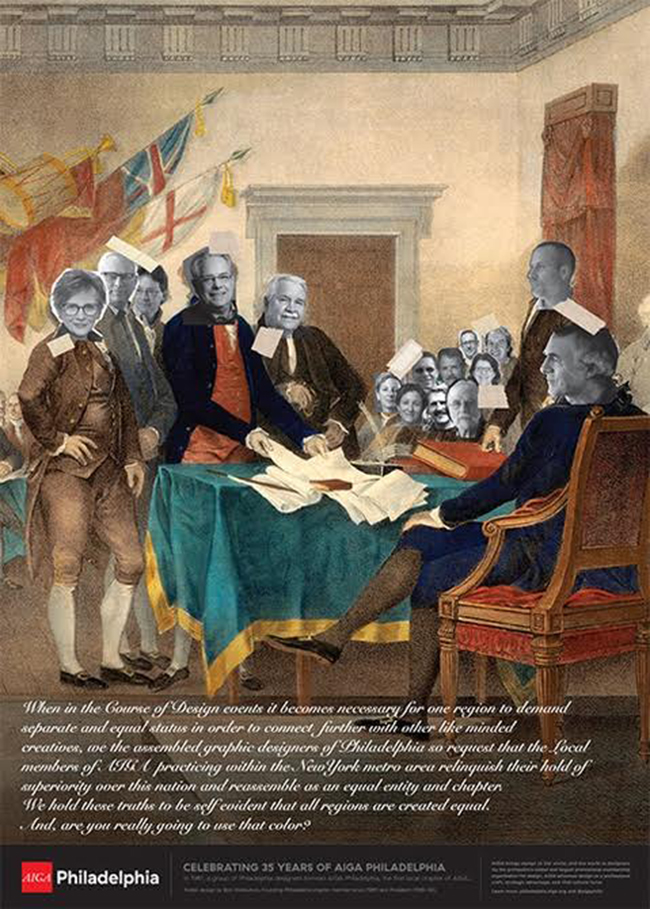 The poster was created for the 35×35 Commemorative Poster show which invited 35 influential Philadelphia-area designers and those that have played a significant role in the history of the chapter to design posters for a commemorative collection. The theme was the role of design in Philadelphia and the important influence AIGA has had, and continues to have, on the local design community. 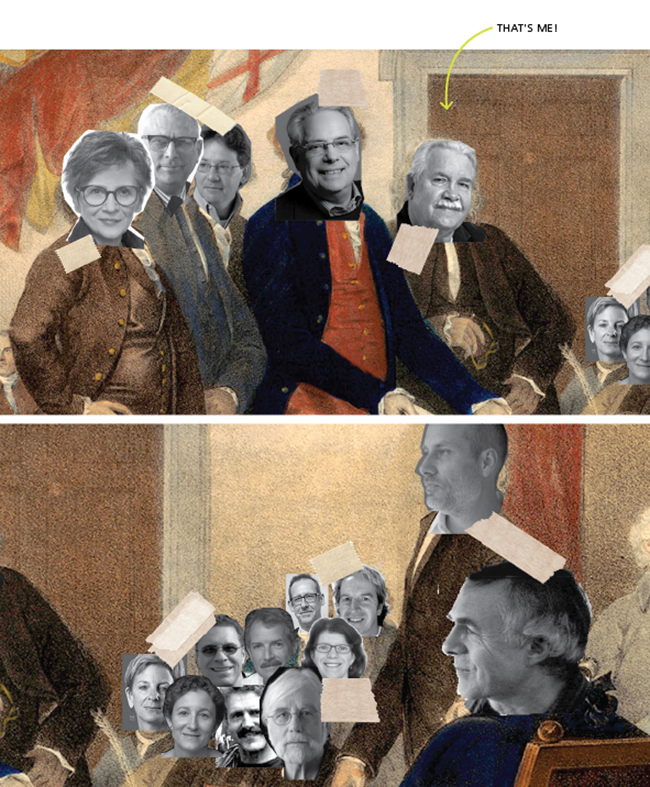