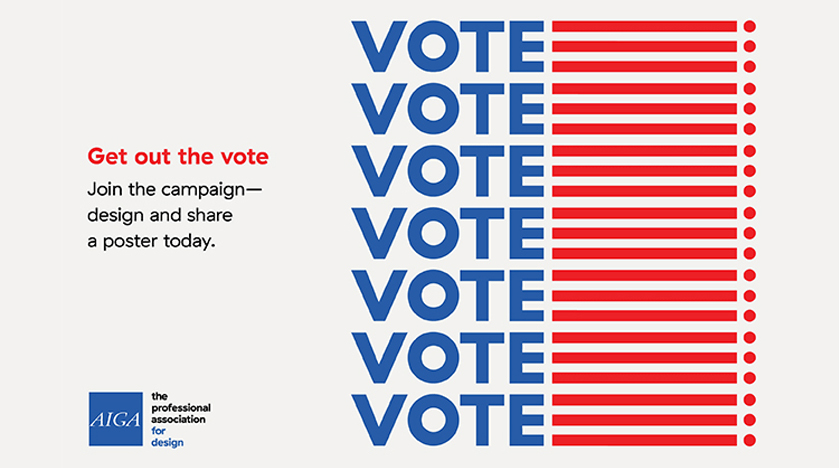 AIGA has launched a 2016 Get Out The Vote campaign which seeks to mobilize the communication design profession in support of voter engagement. Every four years during presidential election cycles the nonpartisan campaign encourages AIGA members to apply their design expertise to motivate the American public to register and vote. 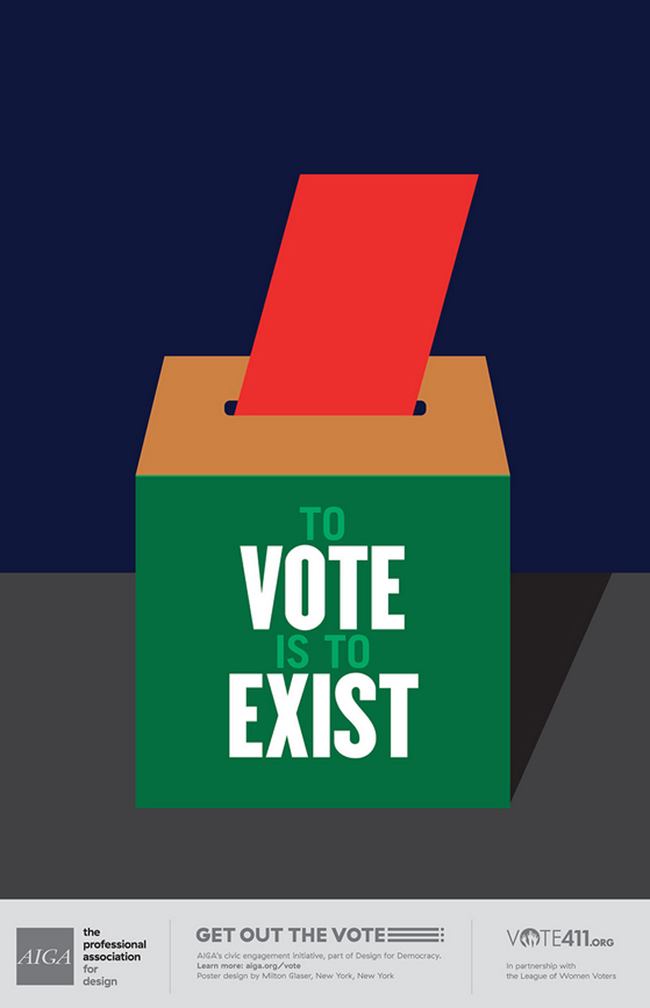 It kicks off this year with “To Vote is to Exist,” a poster from the iconic Milton Glaser. “Full participation in the electoral process protects our ideals,” comments Glaser, whose work will join a new collection of posters from AIGA members and influencers from across the country, eventually including Sean Adams, Antoinette Carroll, Drew Davies, Agustin Garza, Kit Hinrichs, Jenny Lam, Marcia Lausen, and Paula Scher.

All of AIGA’s designer members are invited to contribute posters, many of which are already available for download free to the public. Posters are provided at 11”x 17” vertical format for easy printing and to encourage display in public locations. The posters below are by Gaby Heit, AIGA Philadelphia Chapter; Ashley Hampton, AIGA Connecticut Chapter; Yanya Yang, AIGA Orlando Chapter; and Heidi Schmidt, AIGA San Francisco Chapter, respectively. 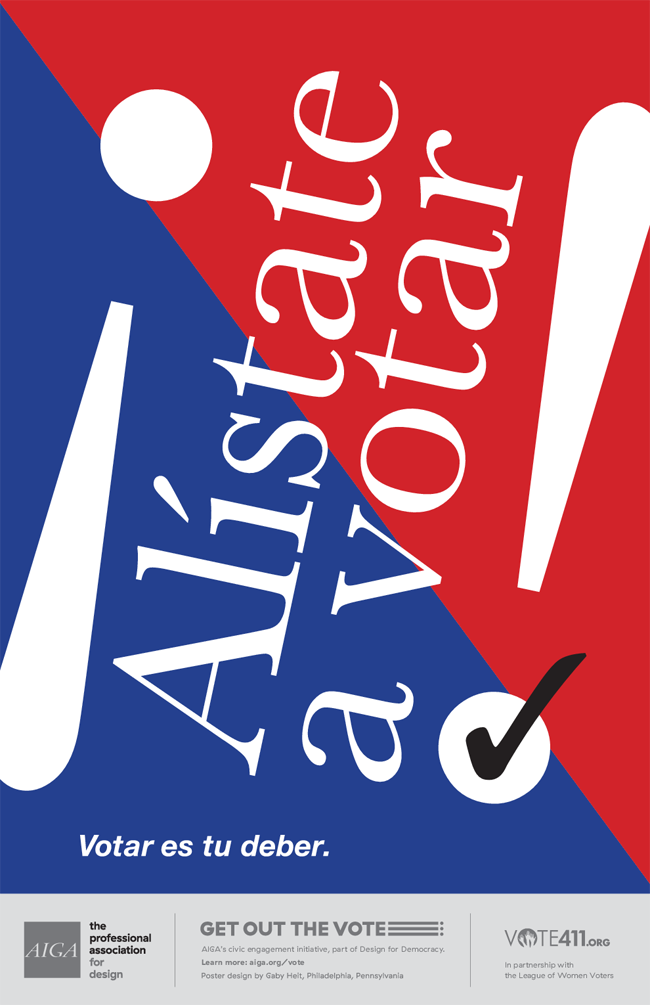 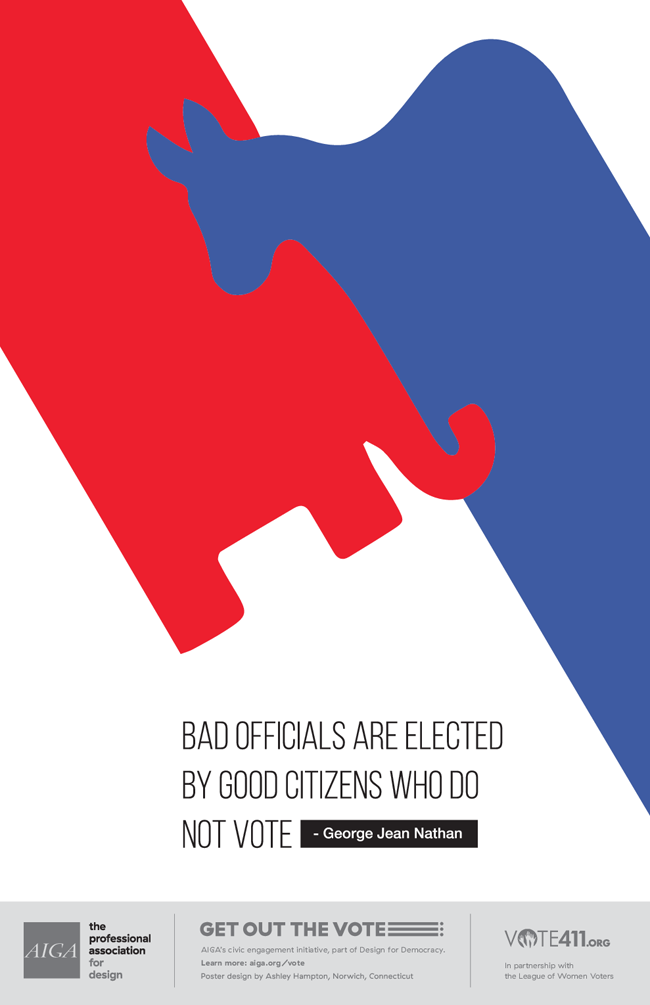 AIGA itself is committed to distributing tens of thousands of posters across the country through the network of 70 chapters, with an emphasis on communities with historically low voter turnout. And, for the first time, AIGA will mount poster exhibits in Cleveland in conjunction with the Republican National Convention (July 18-21) and in Philadelphia in conjunction with the Democratic National Convention (July 25-28) to be held there. Started in 2000, Get Out The Vote is part of the larger Design For Democracy program founded by AIGA in 1998, under the leadership of then-Executive Director Ric Grefé. The program works to enhance the entire voting process — from registering to the polling place experience — and the U.S. Elections Assistance Commission has endorsed AIGA’s recommendations for redesigning election ballots to optimize voter participation. In another first, this year the AIGA is partnering with the League of Women Voters to increase distribution of posters, organize events with local AIGA chapters and student groups, and drive traffic to Vote411.org  for nonpartisan voter information. 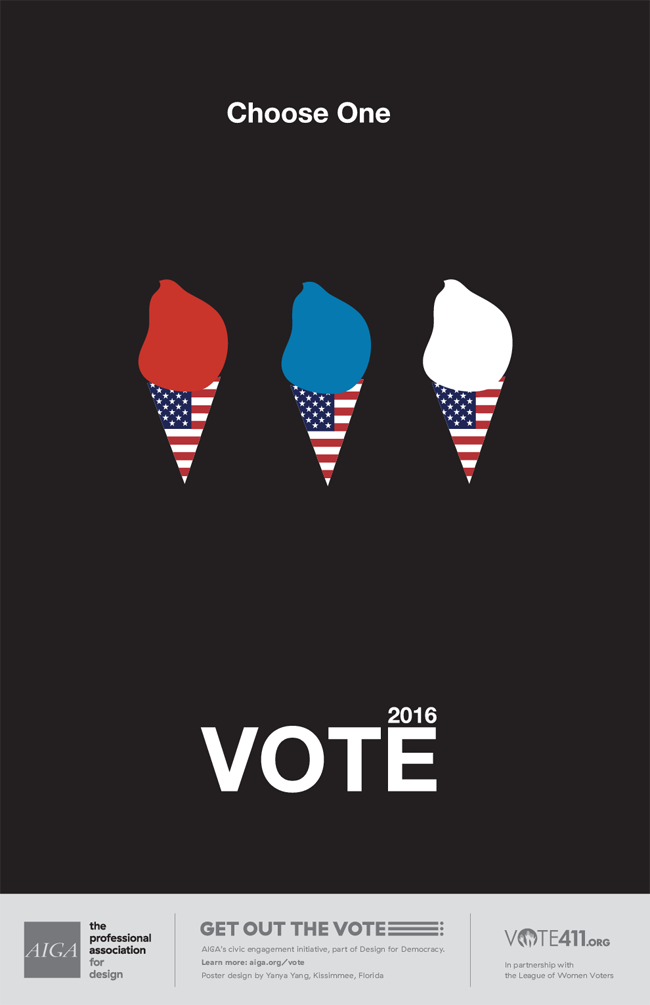 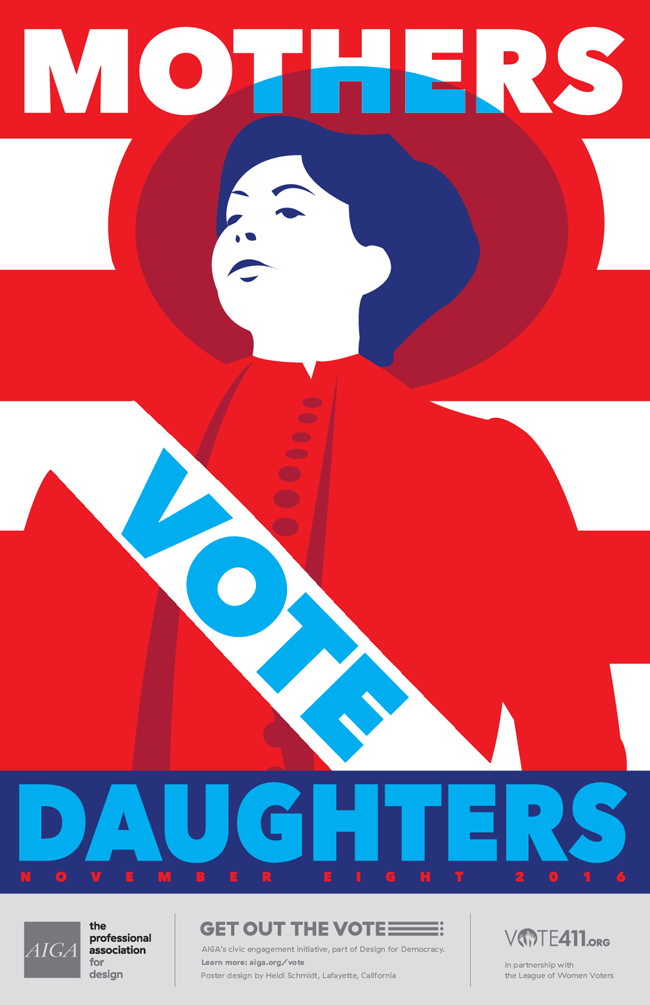