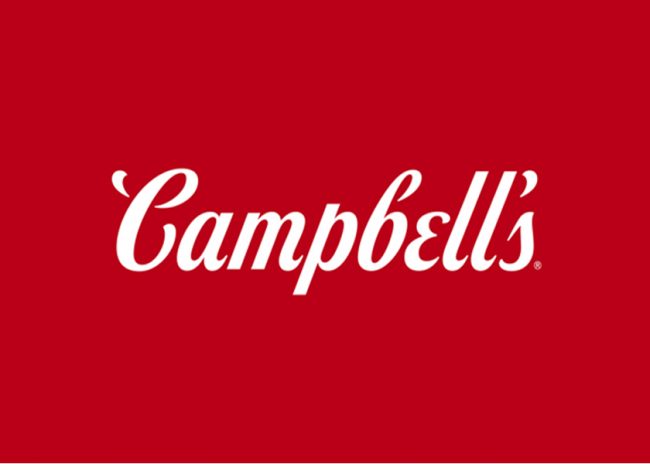 A Celebration of AmeriCANa

Campbell’s has made a major update to the design of its flagship soup cans for the first time since Andy Warhol put them on the wall of a gallery in the early 1960s.  More than five decades on, the familiar red-and-white color palette is still present, but the logo has been updated with a modernized logo scripture, a collaboration between Campbell’s creative team and Turner Duckworth. Explains Turner Duckworth Design Director Drew Stocker: “The challenge here was to retain the ‘DNA’ of the original, while contemporizing it for new audiences. The final result, which was developed with typographer Ian Brignell, is ‘less fussy.’” Among other things, the shadow on the script logo has been eliminated and the fong, which was originally based on founder Joseph A. Campbell’s signature, slightly changed. The word “soup” is in a new font, too, along with a more pronounced C in the fleurs-de-lis and the retention of a slanted O in the word soup, both tributes to the lettering from the company’s original labels dating back to the turn of the 20th century. 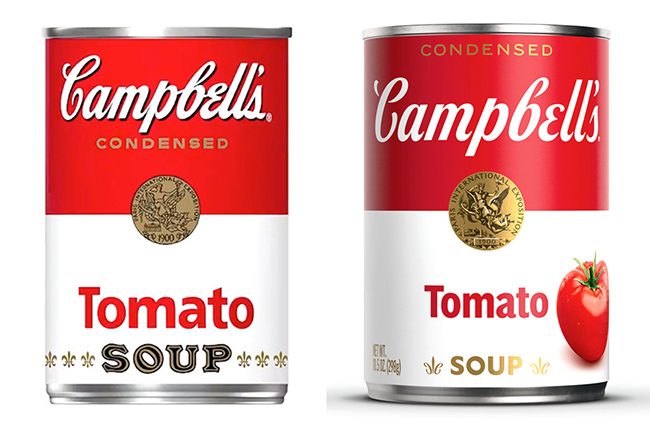 The company says that “the refreshed label still evokes the same sense of comfort, goodness and Americana.” To celebrate the launch, the company is selling its first ever non-fungible token (NFT) of the new label with proceeds benefiting Feeding America. The collection of 100 authenticated NFT art pieces titled ‘AmeriCANa’ were created by street-style artist and illustrator Sophia Chang.  Says Chang, “As a visual storyteller, I always look for new ways to express creativity. I wanted to hero the beloved label with keywords that connect to the brand for me while including a photo-real element of the fresh label to celebrate the new design.” 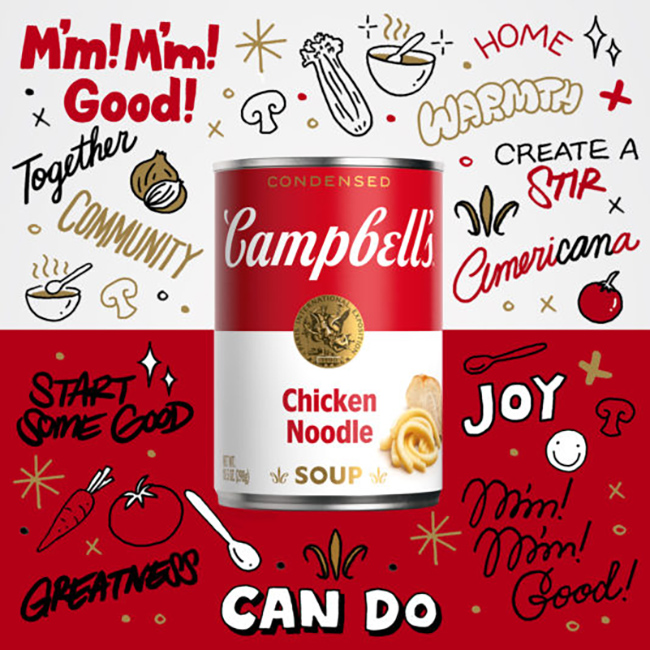