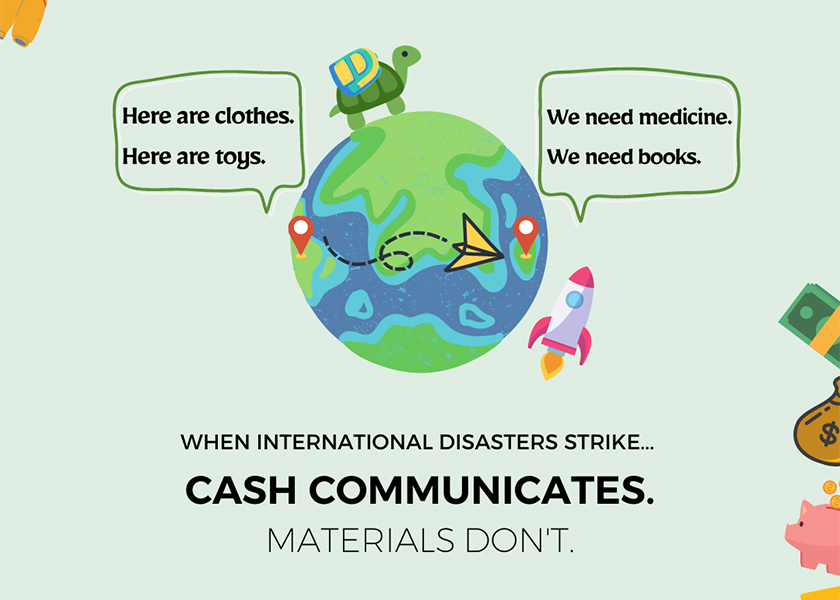 ASU Sweep For Second Year In A Row

The USAID Center for International Disaster Information (CIDI) and United States Agency for International Development’s (USAID) Bureau for Humanitarian Assistance have announced the winners of their annual PSAid contest, a design competition aimed at college students. Winners in the 16th annual contest created PSAs to help underscore why “cash is best” when donating to international disaster relief efforts. As USAID officials explain, material donations  – like food, water, and clothing – are expensive to ship, often don’t match what is needed, are sometimes culturally inappropriate, and require sorting and storage which can hinder relief efforts. Monetary donations – like cash, credit card, or online direct donations – allow humanitarian organizations to directly purchase what is needed on the ground and to stimulate the local economy.

This year’s winning entries were selected from 107 submissions, spanning 13 universities, in the categories of video, static image, and digital image PSAs. For the second year in a row, all winners came from Arizona State University. The winning PSAs will be used in a “Cash is Best” outreach effort and could be featured in prominent publications, aired during popular tv programs or included in popular streaming services such as Roku, Apple TV, and Disney+.