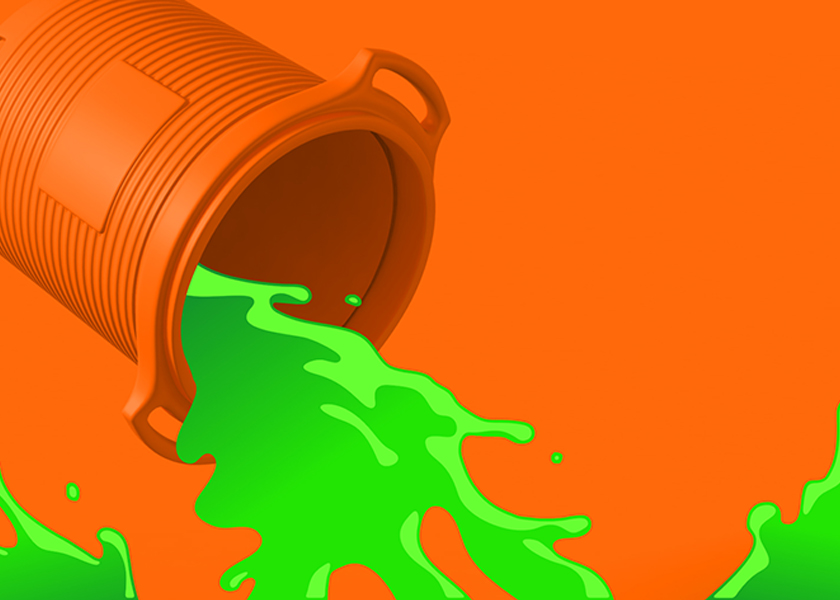 On January 10th, more than 2 million viewers huddled around the television for NFL on NickPlay, a wacky, slime-filled simulcast of the Wild Card playoff contest between the Chicago Bears and New Orleans Saints. The kid-friendly tv event marked the first-ever broadcast of an NFL game on Nickelodeon, while reimagining sports broadcasting with “Nickified” augmented reality. Viewers were kept on their toes waiting for the next silly antic — from googly eyes bulging out of the helmets to slime cannons erupting on touchdowns to SpongeBob poking his head between the goal posts, and much more. 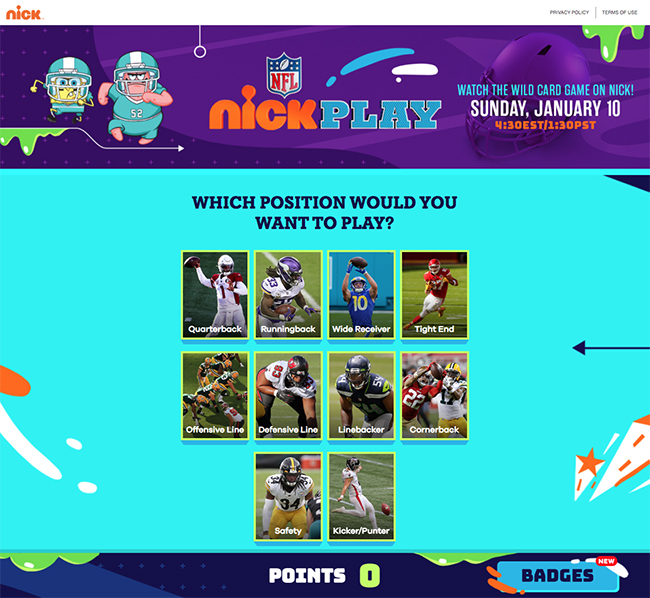 Creative company Elevation worked closely with Nickelodeon to develop the branding for the “NFL on NickPlay.” Their comprehensive branding and design toolkit included a logo, type treatments, iconography, graphics, and a color palette — all unified to live across Nickelodeon’s digital, social, and broadcast channels. In setting the tone for “NFL on NickPlay,” Nickelodeon’s classic orange and slime-green colors served as a jumping-off point. From there, Elevation took to bubbly iconography and kid-friendly, football-themed visuals, as well as the network’s catalogue of iconic characters.

“Bridging the gap between the NFL and Nickelodeon audiences, the visual language for this package emphasizes the fun of the game while still maintaining the marquee feel of a big sporting event,” says Elevation Art Director Dianne Frisbee. The “NFL on NickPlay” logo zeroes in on a slab serif font with thick, block-like letters, while game-inspired textures — turf, footballs, and jerseys — ramped up the playfulness. Incorporating a mix of 2D and 3D animation in the package reinforced that balance.