Like Los Angeles, The Logo Is Open For Interpretation

Los Angeles is a city with a population of four million and just as many ways to think about what it symbolizes. Think City of Dreams or City of Broken Dreams. That was the essence of the challenge presented to artist Shepard Fairey’s Studio Number One and design firm/font creator House Industries when the Los Angeles Tourism & Convention Board tasked them with creating logo and brand identity for Los Angeles as a destination.

The solution: an acid-washed word mark that seeks to exude SoCal’s sunny optimism with a hint of street-level cool.  Fairey says that he was inspired by classic art deco, hand-painted signage, and Mexican restaurant scrips, adding: “The point was to make it open to interpretation for different people, and keep it distinct from what other cities are doing.” The gradient colors, he explains, are meant to reflect the city’s diversity and its epic sunsets. “The identity has got a really strong, ownable personality to it that allows anyone to project something about themselves onto it,” Fairey says. 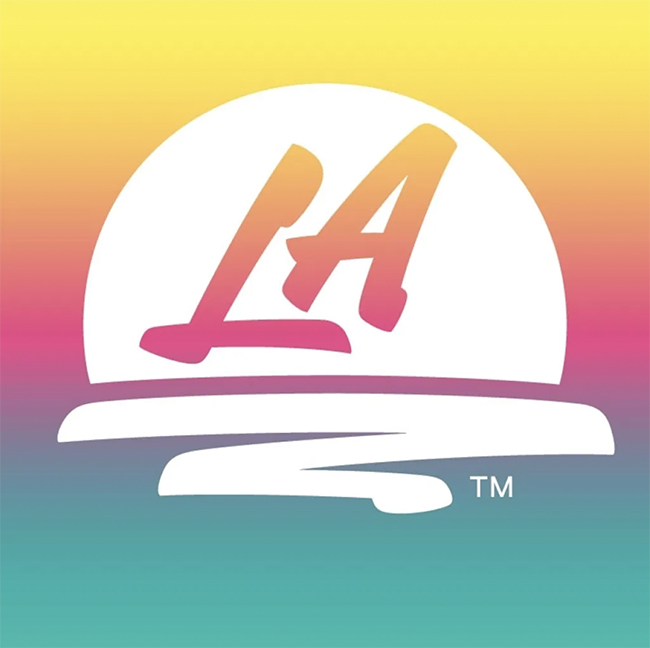 The logo is the first rebrand for LA Tourism in a decade, with a hoped-for appeal to tourists and business conference and meeting planners. The design will be used in everything from letterhead and business cards to conference banners and tv ads. It coincides with a new ad campaign – “Your Comeback Starts Here” – that touches on LA’s reputation as a dream maker and star maker, as well as a fun and exciting post-COVID travel destination especially for the young.