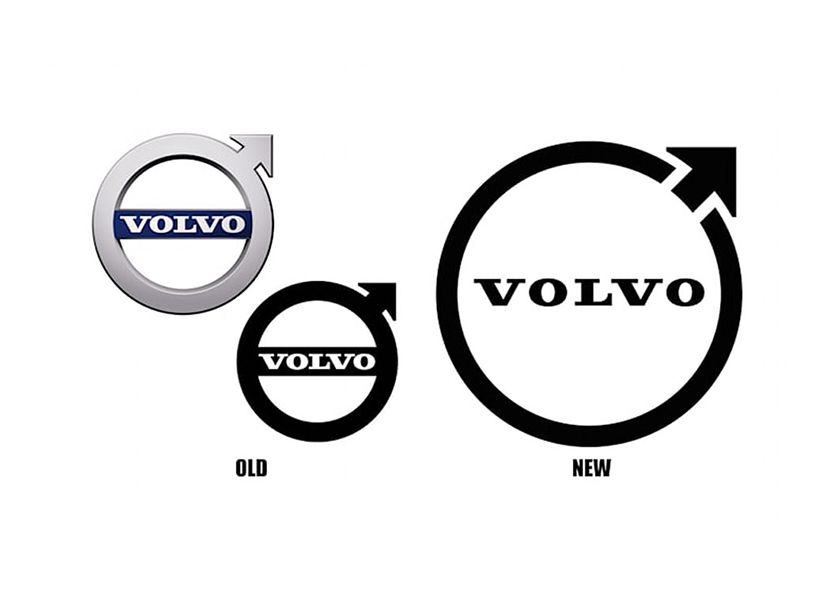 Swedish car manufacturer Volvo has revealed a flat, less colorful version of its longstanding Iron Mark logo, so-called because it is the same shape as the scientific symbol for iron. According to Volvo, the design is a modern reinterpretation of the original logo that aims to maintain its essence, retaining the same circular shape and upward-pointing arrow first used by the brand in 1927. “The iron badge on the car was supposed to take up this symbolism and create associations with the honored traditions of the Swedish iron industry: steel and strength with properties such as safety, quality and durability,” explained a statement released by the brand.

Alongside the move to a two-dimensional design, the banner which typically runs around the middle of the logo has been removed. The revamped logo also has a slimmer circle than previous designs, which adds to its streamlined look. This is the first time in seven years that Volvo has given its logo a major change. The last update saw it produce a three-dimensional logo with a silver circle and blue banner. The logo was designed inhouse in collaboration with Volvo Group and Volvo Car Group, the owner of Polestar, Volvo’s electric performance car brand.

The logo will be used on all new Volvo models in the center of the steering wheel and the wheel hubs. It will also appear in all marketing and social communication materials. Volvo’s logo redesign is part of a trend that has seen multiple car brands switch from 3D to flat designs for their logos. This includes, among others, Nissan, Audi, Toyota, Volkswagen, Mini, Citroen, and Vauxhall.