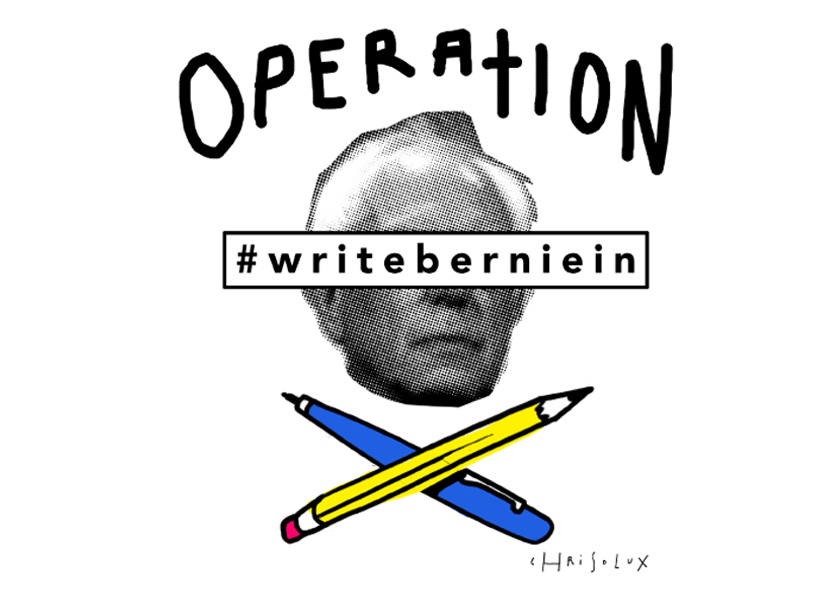 CHRISOLUX believes graphic design was started by failed painters and anarchists, and he has a foot in both camps. Frustrated with the “illusion of choice” in America, the graphic designer, artist and speaker, is releasing series of images designed with the hope of creating a grass roots effort to write Bernie Sanders back on the 2016 presidential ballot in November. 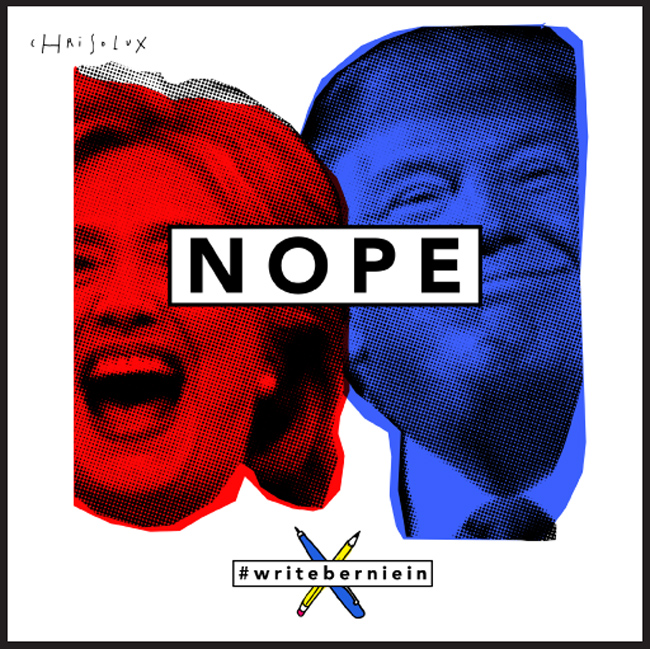 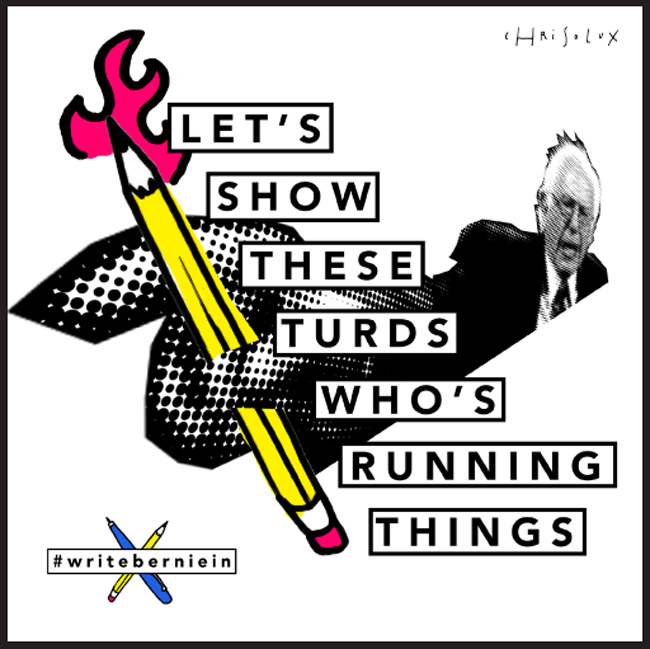 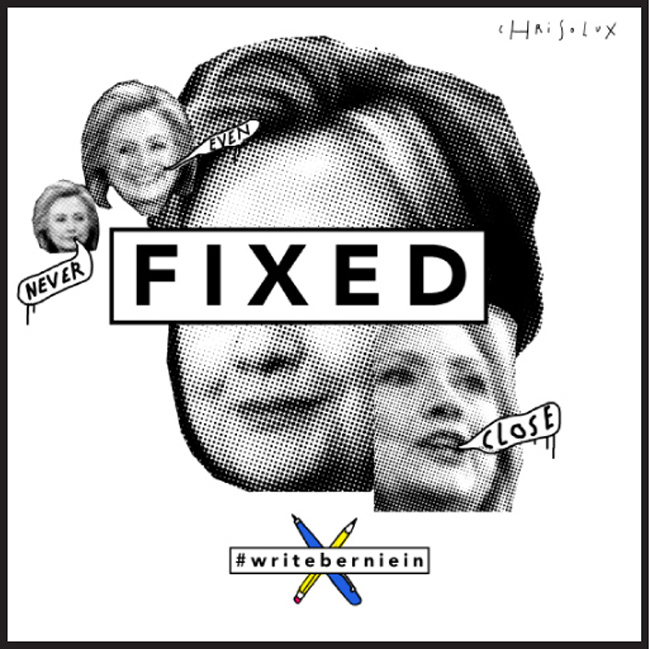 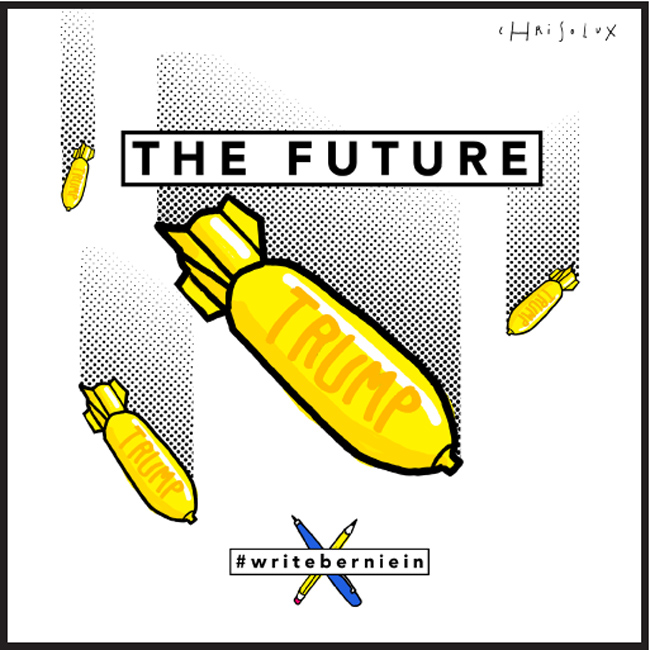 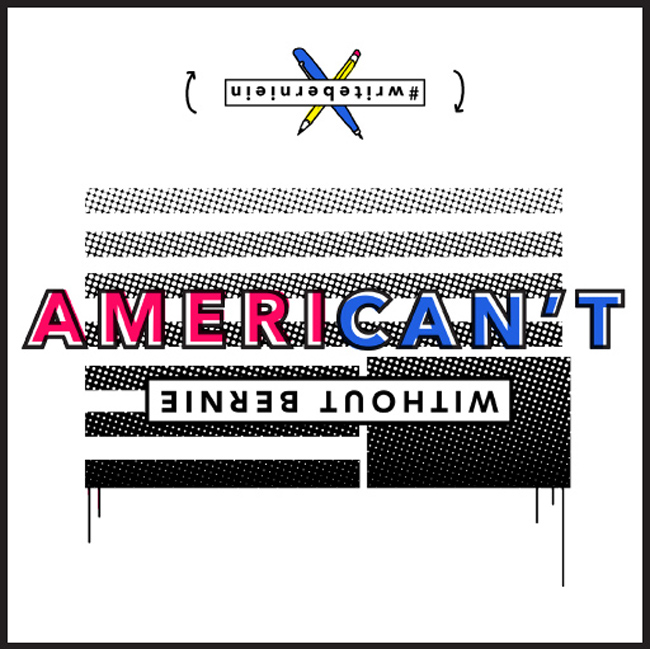 The first five have been released and new versions are  scheduled regularly over the summer. CHRISOLUX resides in Nashville TN after training and working in New York City for the last 6 years at the world famous James Victore, Inc. Along with client work, he “strives to create meaningful, culturally significant graphic activist projects.” 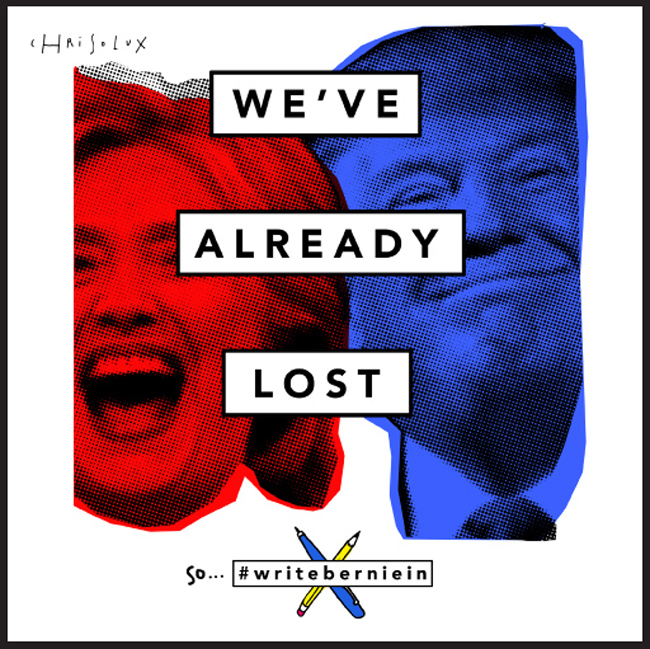 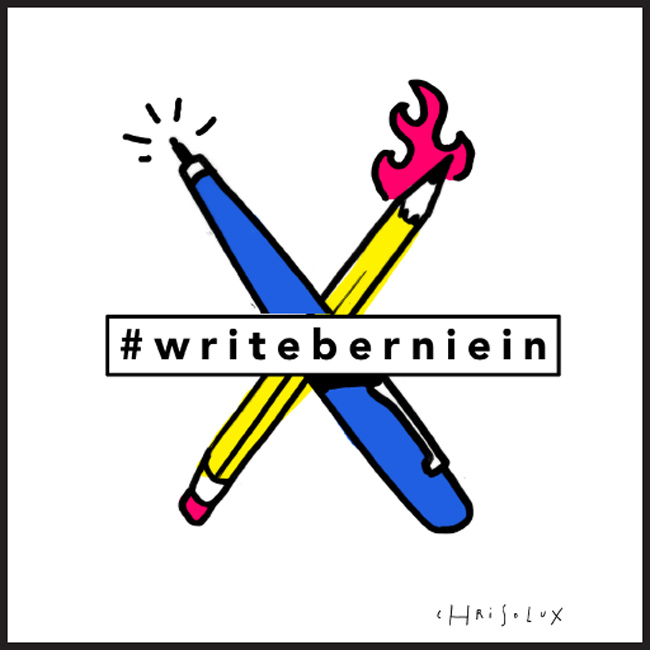