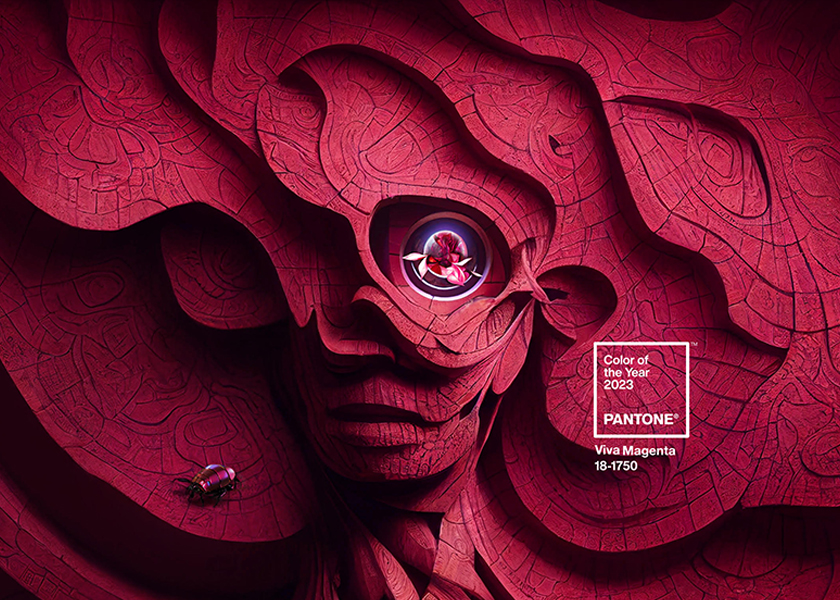 Pantone’s statement on 2023 Color of the Year:

PANTONE 18-1750 Viva Magenta writes a new narrative. Brave and fearless, a pulsating color whose exuberance promotes optimism and joy. Powerful and empowering, it is an animated red that encourages experimentation and self-expression without restraint; an electrifying, boundary less shade that is manifestly “out there” and is a stand-out statement. Audacious, witty and inclusive of all, PANTONE 18-1750 Viva Magenta welcomes anyone and everyone with the same rebellious spirit. 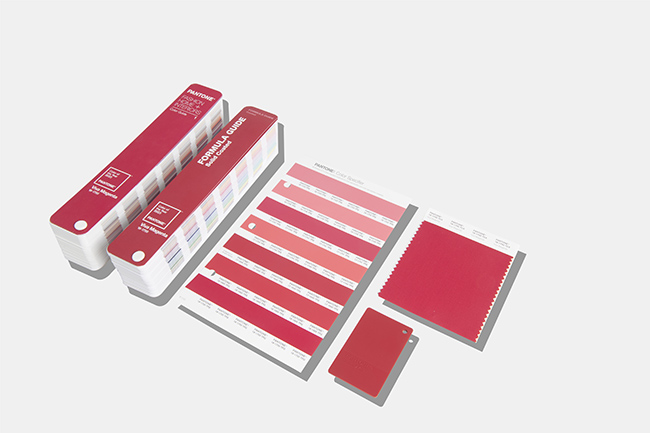 A nuanced crimson red tone that presents a balance between warm and cool, Viva Magenta is also a hybrid color, one that comfortably straddles the physical and virtual, evocative of our multi-dimensional world. Assertive but not aggressive, it is a carmine red that does not boldly dominate but instead takes a “fist in a velvet glove” approach. Exuding dynamism, Viva Magenta is a transformative red tone capable of driving design to create a more positive future.
“As virtual worlds become a more prominent part of our daily lives, we look to draw inspiration from nature and what is real,” said Leatrice Eiseman, Executive Director of the Pantone Color Institute. “PANTONE 18-1750 Viva Magenta descends from the red family, and is inspired by the red of cochineal, one of the most precious dyes belonging to the natural dye family as well as one of the strongest and brightest the world has known. Rooted in the primordial, PANTONE 18-1750 Viva Magenta reconnects us to original matter. Invoking the forces of nature, it galvanizes our spirit, helping us to build our inner strength.”
“The last few years were transformative in many ways in terms of people’s sense of self, and the way well-being, priorities and identity are being thought about,” said Laurie Pressman, Vice President of the Pantone Color Institute. “As a result, space has been created where we are free to explore and be accepted for exactly who we feel we are, whether it be in a cybernetic universe, a conventional space, or a magical blend of both. We are creating a dynamic world that encourages experimentation, one that leverages the virtual within the physical realm and emboldens our strength and spirit to explore groundbreaking possibilities.”
Channeling the essence of PANTONE 18-1750 Viva Magenta, Pantone worked with its longtime creative partner Huge, to engage in a design experiment that explores the relationship — the tensions — between new technology and human creativity. Working with the AI generative tool Midjourney, the team created the visual manifestation of PANTONE 18-1750 Viva Magenta by incorporating the messages and ideas embodied by the color to curate an immersive world that examines the connections between nature and technology. The key visual—a bold and brave statement that amplifies the fearless yet natural elements of PANTONE 18-1750 Viva Magenta, designed with the help of artificial intelligence—serves as an invitation into an optimistic and endless new ecosystem to be explored, called “the Magentaverse.” 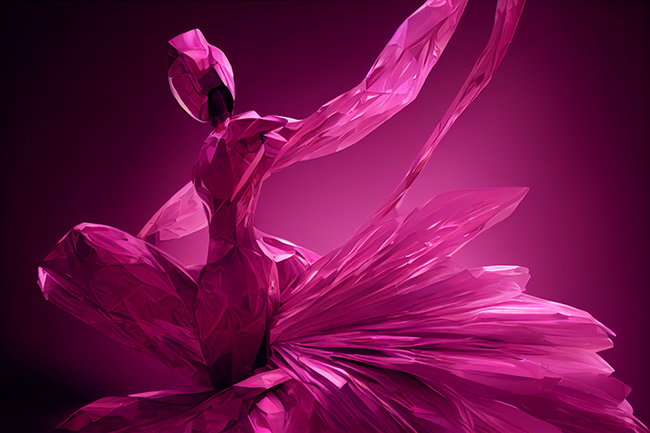 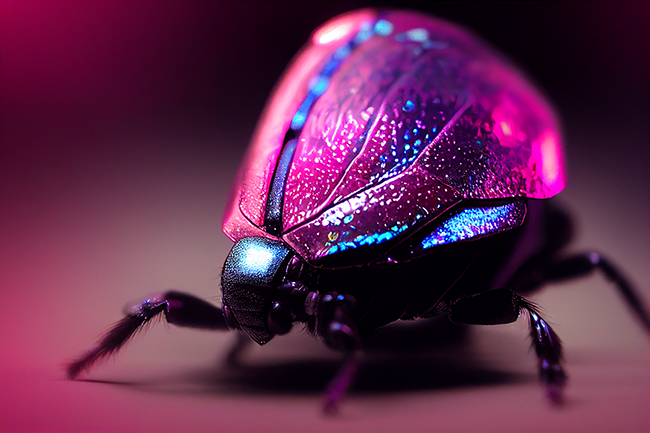 Building on this experiment, Pantone and Huge collaborated with ARTECHOUSE, the leader in innovative, technology-driven experiential art, which through its creative studio designed a custom immersive experience that allows the public to explore “the Magentaverse” first-hand. This Pantone x ARTECHOUSE exhibition, which is built on a four-year partnership between the two companies, is an artistic exploration of the Magentaverse, featuring immersive rooms with textures and interactions that plunge attendees into an array of visual, auditory, and tactile experiences — all in the spirit of Viva Magenta. This is the first time that Pantone and ARTECHOUSE are bringing the Pantone Color of the Year to life as an exhibition at ARTECHOUSE Miami, open to the public from December 3, 2022, as part of Art Basel Miami Beach. The exhibition will feature color explorations in design, space, and technology inspired by NASA and Pantone partners Motorola, Lenovo, Spoonflower and more that bring Viva Magenta to life for visitors to experience. 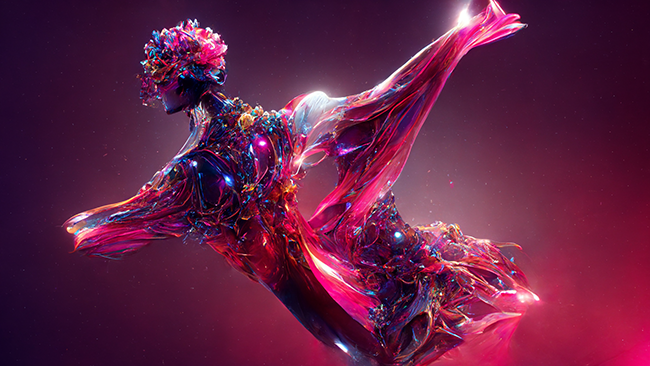 “To embody the spirit of PANTONE 18-1750 Viva Magenta, we embarked on a new approach of collective creative collaboration,” said Pressman. “Leveraging the power of technology and Pantone’s expertise in color to curate a new interpretation of the Pantone Color of the Year, we created the Magentaverse, an unexpected and exciting color universe we look forward to sharing with the world to experience as well.” 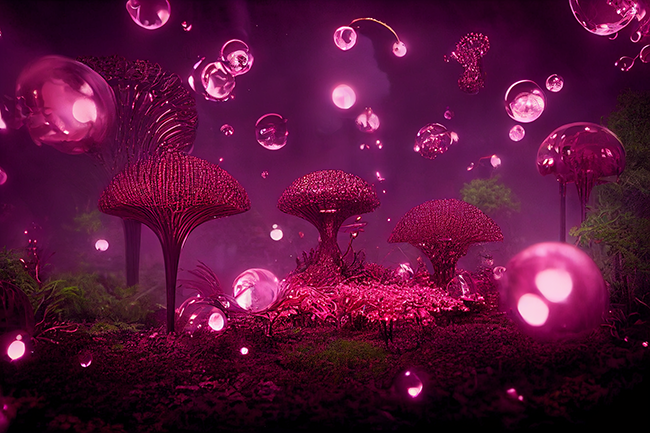