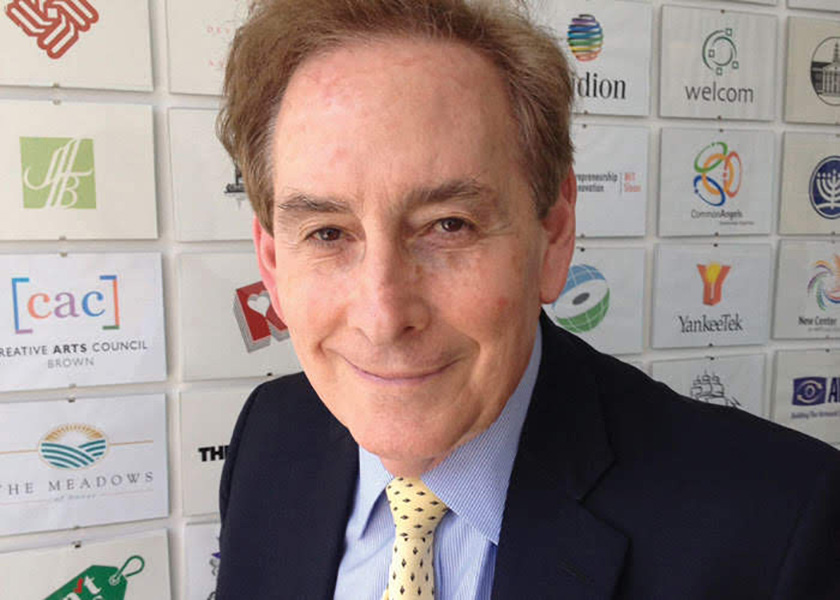 Gill Fishman, a talented, successful, smart and empathetic designer, fought a valiant, three-year battle with cancer that ended peacefully this week. Well known to GDUSA readers, his projects and campaigns were always respected and newsworthy and he was, interestingly, a 2019 GDUSA Person To Watch. In his profile, we asked him if he had a slogan or mantra. His answer: “Tell people you love that you love them.”

Gill was a lifelong Bostonian. He grew up in Roxbury, learned to play golf and fly a kite at Franklin Park, and attended The Boston Latin School. He went on to graduate from Harvard College with a degree in Economics and the Harvard Graduate School of Design with a Master’s in Architecture. He also studied at the Harvard School of Education and MIT, and as an Associate in the Department of Visual and Environmental Studies at Harvard. His gentle humor and natural elegance, his keen intellect and his intuitive sense of design helped him develop multiple successful businesses, including his eponymous, nationally-recognized graphics, design and branding firm.

As a serial entrepreneur and the principal in numerous projects, he had a deep understanding of the variables that determine the viability and success of design in today’s markets. He was a co-founder of Margolis and Fishman/Architects; Rainboworld, a game-changing greeting card publisher; and the Ralph Lauren Jewelry Collection where he worked with Mr. Lauren to develop the first Polo jewelry collections. He also co-founded of  the Water Music/Concert Cruise/JazzBoat, served on the original committee of The Great Boston Kite Festival, and was a founder of First Night, Inc, all three of which seek to enhance urban life.

Gill was deeply involved in the startup and biotech community, as well as a strong advocate and passionate contributor to many local nonprofits. He did extensive volunteer work for the School of the Museum of Fine Arts, Boston; New Center for Arts and Culture; the Museum of Fine Arts Council; the National Board of the American Technion Society; the Boston Preservation Alliance; the Historic Fisher Hill Neighborhood Association; New England-Israel Business Council; and Boys & Girls Clubs of Boston, among other organizations.

Friends and colleagues would say that his talents for design propelled countless philanthropic organizations forward. Gill brightened every room he entered with his smile and sharp wit. He touched the lives of many with his light and his laugh. In lieu of flowers, says the family, you may send a donation to one of Gill’s favorite causes, such as Boys and Girls Clubs of Boston, American Technion Society, or Boston Preservation Alliance.

He is survived by his wife Barbara; their children Justin and his wife Zoe, and Jillian and her fiancé Jesse; and Gill’s brother, Richard.