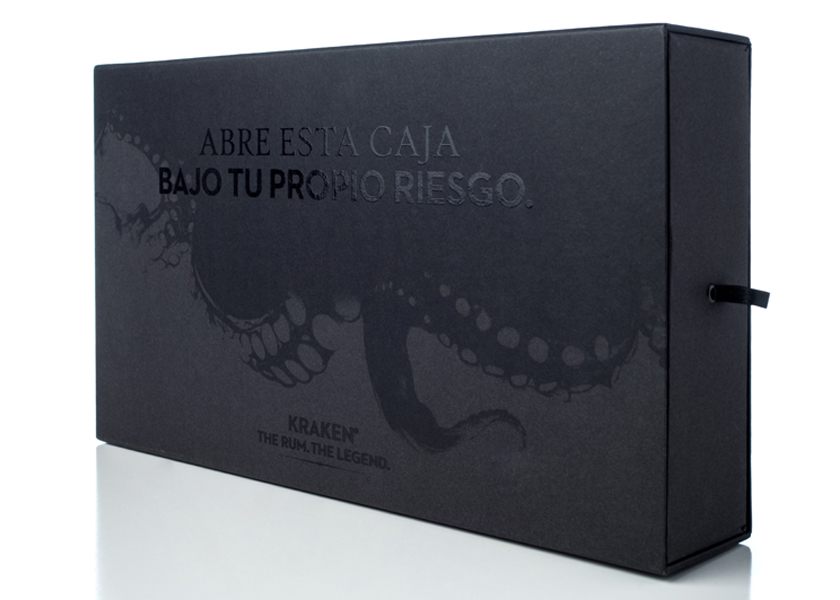 Taming a beast is no easy task, especially a mythical creature feared by all. But that’s exactly what the team at Creativo Commercial did when they created a promotional package for The Kraken® Black Spiced Rum.

It is said that most who encounter the Kraken, do not live to tell the tale. The mythical sea beast has long been the source of legendary folklore, including the take of The Kraken Black Spiced Rum: Long ago, a vessel carrying one of the largest quantities of black-spiced rum ever to be shipped out of the Caribbean never reached its destination…for reasons unknown. Though stories were plentiful that an attack by the Kraken was to blame, nothing could be confirmed. And so, this imported rum blended with 13 secret spices was named as a tribute (or perhaps a sacrifice) to the beast’s unchallenged power and might.

Luis Femat, of Creativo Comerical of Ciudad de México had the pleasure of designing and producing a promotional sampler box for this brand with its fabled story to tell. The project was to create a promotional gift box for restaurants and bars, to be used for tasting events.

Knowing only what the box would hold as initial design direction, Femat started from the inside out. The box needed to be simple, cost effective, hold six cans of The Kraken Rum in place, and present the product in a manner consistent with the brand’s big personality. 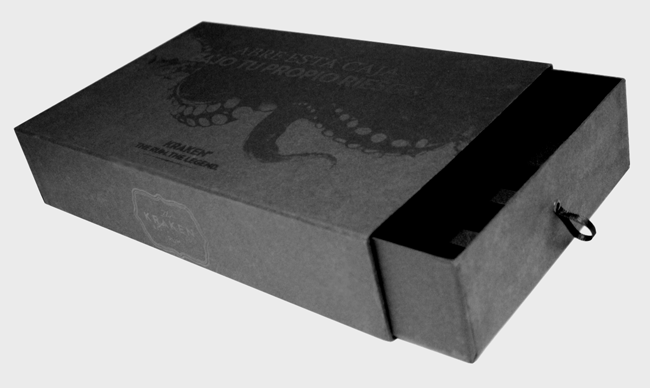 Engineering with a budget in mind, Femat created a drawer system box, as opposed to a door construction. “If we were to used a typical door system we’d have to engineer an inside platform system to restrain the cans. The drawer solution was a simpler idea — just 9mm foam at the base of the drawer secured the cans — and a more mysterious way to reveal the product.

When it came to the graphic design for the packaging, Femat continued along the path of simplicity. “The Kraken brand has a well-defined personality, with the Kraken used as a starring visual element to tell the brand’s story. If you look at the website, you’ll see how primary that element is,” said Femat. 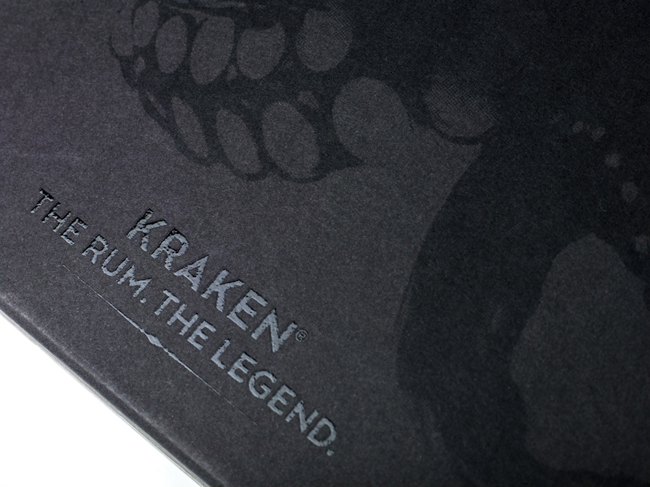 But instead of using the Kraken as an obvious lead in the design, Femat chose to further the package’s mysterious appeal. First he specified the rich, dark black of Neenah MULTICOLOR® NOIR, Antique, from the NEENAH® Box Wrap collection, then used an all over clear matte varnish to seal the sheet, a hit of gloss varnish to print the subtle appearance of the Kraken, and a second hit of the varnish for the logo and the daring introduction to the package, which translates to “Open this box at your own risk.” 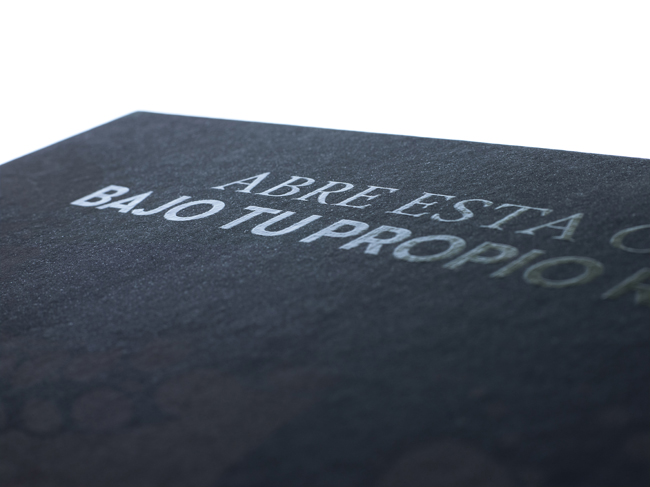 “It sounds simple now,” says Femat, “but getting just the right contrast was complicated. This was the first time the Kraken had been presented in such a subtle way, but the client loved the finished package.” The result is a simple contrast, yet a powerful effect, as if the mythical sea beast is there, hiding in the shadows of the deep, dark sea, chanting the mantra of The Kraken Black Spiced Rum, “To not respect the power of the Kraken is to not respect the sea. So drink with respect”. 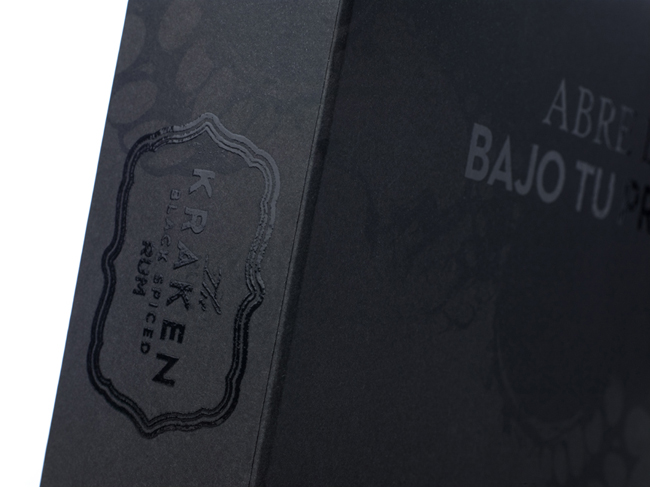