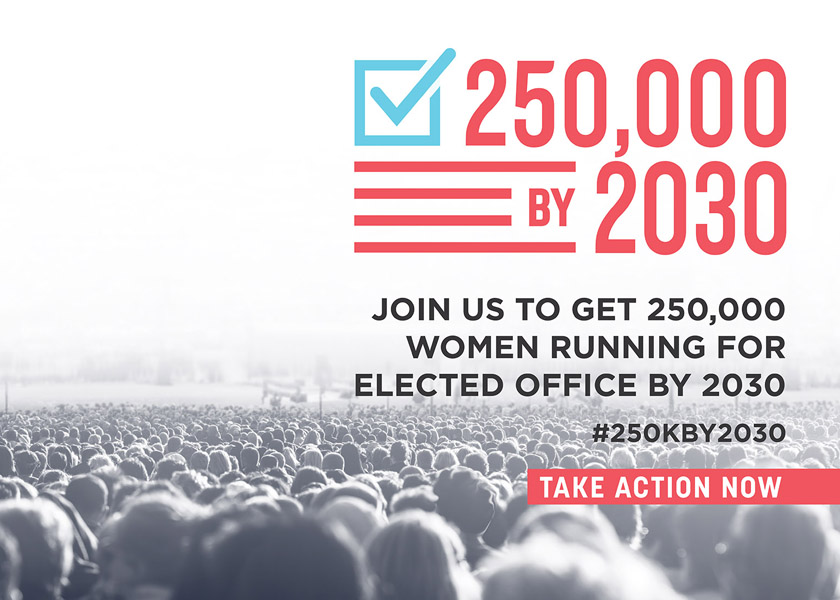 Design will play an increasingly prominent role in American political life in the years ahead — a trend that stands to give women candidates, in particular, a competitive edge — says Lesley Stordahl, Creative Director at branding agency CBX.  “Designers and design agencies have a lot to contribute to politics and to nonprofit organizations in terms of helping people find their brands and showcase them in ways that make them very appealing,” Stordahl tells Lilly Smith, editor of the AIGA’s Design Observer, in the online article published November 7. “There’s going to be a chapter in design books about this in five, ten years. This is a really interesting time that designers are going to look back on, and it’s exciting to be a part of it.”

In a Q&A with Design Observer Stordahl describes her messaging and branding work with Washington DC-based nonprofit She Should Run. Prior to November 2016, She Should Run helped about 1,800 women annually run for office, Stordahl tells Smith. After Election Day, however, that number jumped to about 15,000. Amid this new reality, the nonpartisan nonprofit tapped CBX for assistance in optimizing its branding and messaging for campaigns such as its “250,000 By 2030” initiative, which aims to get 250,000 women running for elected office by 2030. “They put that goal out there and came to us and said, ‘we’re going to go full on. What do you think?’ ” Stordahl tells Smith in the Q&A. “And we said, ‘Let’s do it. Put the huge number out there. Go for it.’ ” 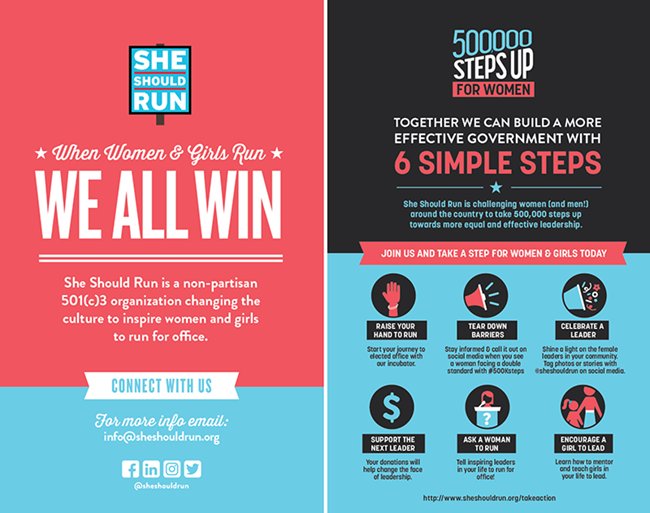 A sharper focus on professional design and messaging can help encourage more women to get involved in politics and can also combat the apathy that has left so many people disengaged from both politics and community life, Stordahl asserts. The key is to take a conscious, savvy and strategic approach that connects with people, she says. “The more that politics understands how design has evolved in popular culture, and the more that design reflects what popular culture looks like, and the more we put design in places that surprise people — the better off we’ll be,” Stordahl tells Smith.

“Modern and inclusive design and messaging has the power to surprise women and spur them to engage with the system,” Stordahl says. “For women, we need to continually design knowing that a woman needs to see herself reflected there — see that it’s not just a man’s game. And so that’s my personal passion toward this: moving away from the red trucker hat and moving toward things that [make] my daughter feel like ‘I can be a part of this game just as much as anybody else.’ ”

Simplicity in political and activist design can help make engagement feel attainable, Stordahl tells Smith. Even relatively subtle shifts can create openings: Rather than relying on the typically stark reds and blues associated with traditional right-wing or left-wing politics, for example, She Should Run worked with CBX to employ softer, more inviting hues for its campaigns, suggesting greater openness and flexibility.

“We’ve moved beyond the paper sign in the front lawn with the full name and ‘Republican’ underneath it,” Stordahl says. “Those things are still there, but a lot of what She Should Run is doing right now with its online incubator is asking women to think about themselves as a brand. What is it that you stand for? I think that’s an interesting mesh of worlds right now.”

In the commercial world, companies have long been focused on inspiring their customers, Stordahl notes. Moving forward, design firms can help candidates connect with voters in precisely the same way. “Yes, the cause is part of it, but so is the message and how it comes to [your audience] so it feels like a brand,” she tells Smith. “We’re trying to inspire people and create designs that move them.”

The Q&A is part of a series published in coordination with AIGA’s Design for Democracy: Building Community Power.