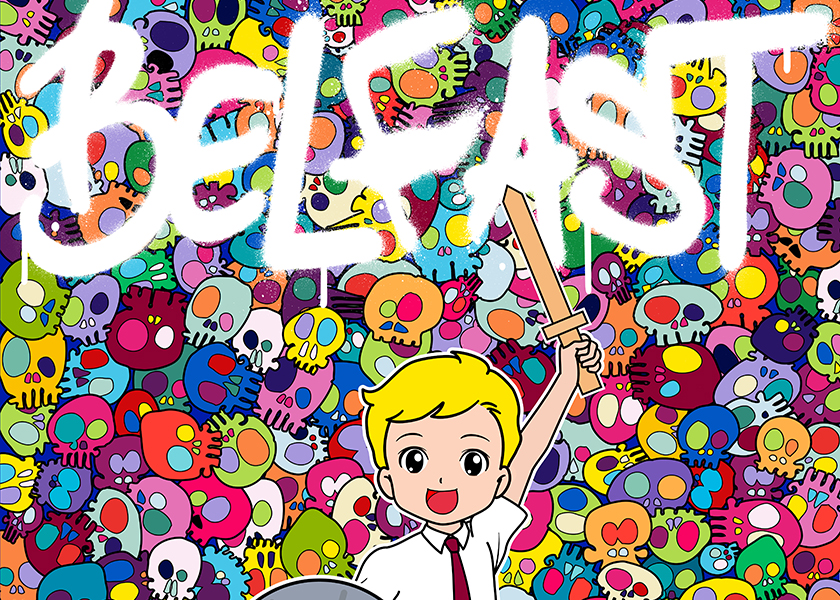 Shutterstock, Inc. has released 10 bespoke pop art movie posters in its decade-long annual Oscar Pop! poster series, honoring the Best Picture nominees in the 94th Academy Awards. Turning to world famous pop artists for artistic inspiration, this tradition sees Shutterstock’s creative team draw upon the platform’s collection of over 400 million photos, vectors, patterns, and textures to capture the spirit of the nominated features, while showcasing the possibilities of these creative assets. The series is a visual representation of how iconic art, masterful storytelling, and creative passion can come together to inspire artistic innovation.

Comments Flo Lau, Creative Director at Shutterstock: “Since its inception 10 years ago, we are proud to have honored countless Oscar nominees and beloved pop artists. The Pop Art movement began as a rebellion to traditional art – in a similar way it illustrates Shutterstock’s latest journey into a new, innovative creative era ruled by digitalization and innovation.” Shutterstock will also have editorial access – watch as the photos come in live to the 94th Academy Awards ceremony with coverage of celebrity arrivals on the red carpet, as well as the general photo room.

Flo Lau elaborates on the project: “The Oscars are an iconic moment in the content creation world, and as a result, they have become an equally important moment in our content calendar at Shutterstock. Not only is our Editorial team heavily involved in capturing the most memorable red-carpet moments and sharing them with the world, but our design team uses this as an occasion to demonstrate our creative flair and innovation through our annual Oscar Pop! series. Now celebrating its 10-year anniversary, Oscar Pop! creates original movie posters of the Best Picture nominees in the evocative styles of trailblazing artists in the pop art movement.

Events like the Oscars are even more special this year with the return of movie theaters post-pandemic. For many of us, movies served as a great source of solace during some of the hardest moments of the pandemic. It’s a pleasure to use this year’s series as a moment to celebrate the innovative path the industry has taken over the last two years.

Passion is essential to film creation – and it is something that is clearly represented by those nominated for the awards this year. Similarly, an innate passion for the creative and the cutting-edge is something that Shutterstock prides itself on. Embodied by the rebellious spirit of the pop art movement, this year’s Oscar Pop! series exemplifies Shutterstock’s latest journey into an innovative and creative era ruled by digitalization, while simultaneously aiming to inspire others to look at real life through a more creative lens.”